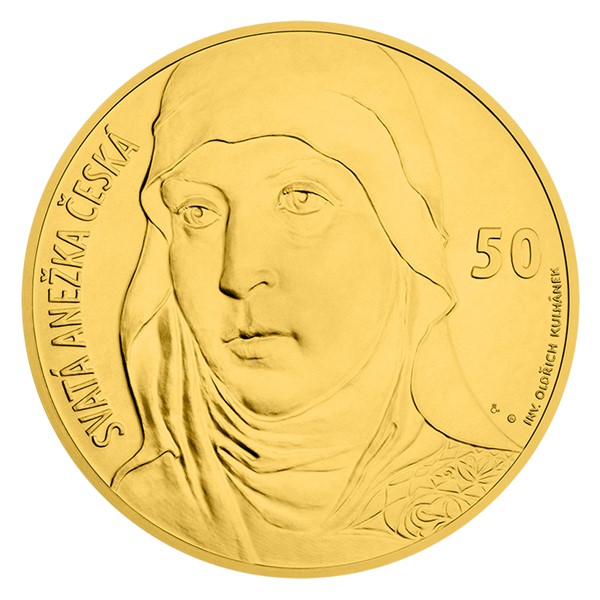 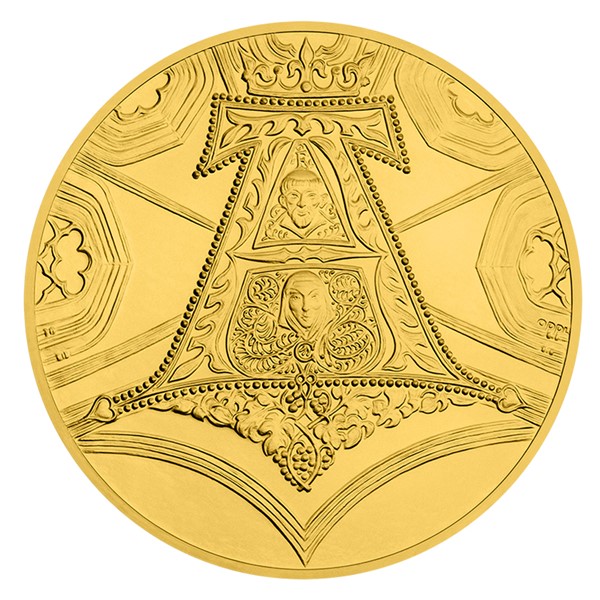 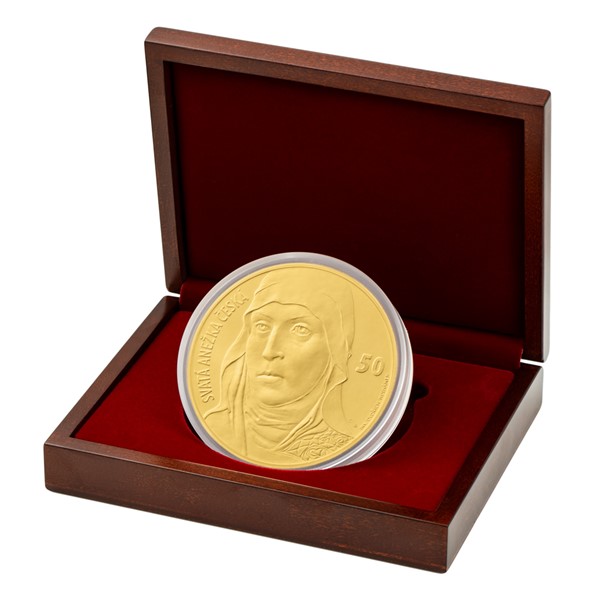 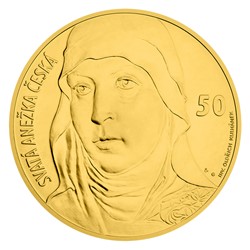 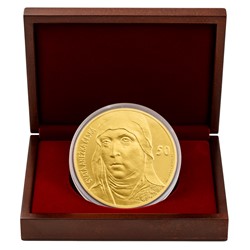 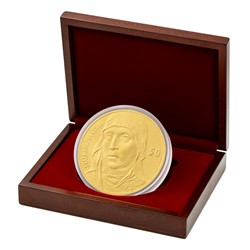 A heart of gold requires a gold honor. Therefore, the Czech Mint has decided to dedicate the latest issue of an medal weighing one kilogram to St. Agnes of Bohemia. They drew the motive for both sides from the fifty crowns banknote, whose author was no one smaller, than the famous artist Oldřich Kulhánek. Thus originated a magnificent work of art, of a great value to the collectors and at the same time the original artifact, that provides an exceptional opportunity to impose an interesting and time-tested manner of your financial reserves.

The date of birth of Agnes Premyslid, called of Bohemia, is not accurately documented. We only know, that it was in January, between the years 1205 and 1211. What is certain, is that the daughter of King Premysl Otakar I and Queen Constance of Hungary was named after St. Agnes of Rome. Agnes of Bohemia lived to, at the time, a remarkable 70 years, yet during her nuns activity she helped the lepers, the people suffering from the plague and other serious illnesses. That's why people considered her to be a saint already at that time. However, St. Agnes of Bohemia had to wait almost eight centuries for the canonization, it was shortly before the Velvet Revolution in November 1989.

Just a few years after that, she received a well-deserved place on one of the most successful paper currency in our history. This issue has also became a model for a series from the Czech Mint, the Motives of the Banknotes by Oldřicha Kulhánek. The obverse of the rare gold medal belongs to the portrait of the saint, an inscriptions SVATÁ ANEŽKA ČESKÁ, (St. Agnes of Bohemia)  INV. OLDŘICH KULHÁNEK and the number 50 referring to the value of the banknote. The reverse is a demonstration of the artist's graphical mastery - a Gothic church vault, converging to a central letter "A“, in which are illustrated the portraits of St. Francis of Assisi and his pupil St. Clara, who was a model of St. Agnes. Both sides of the delightful artwork have jointly created the daughter of Oldřich Kulhánek MgA. Klára Melichová and the academic sculptor Vladimír Oppl. Do not hesitate upon booking this unique opportunity issued in an edition of only 50 pieces! 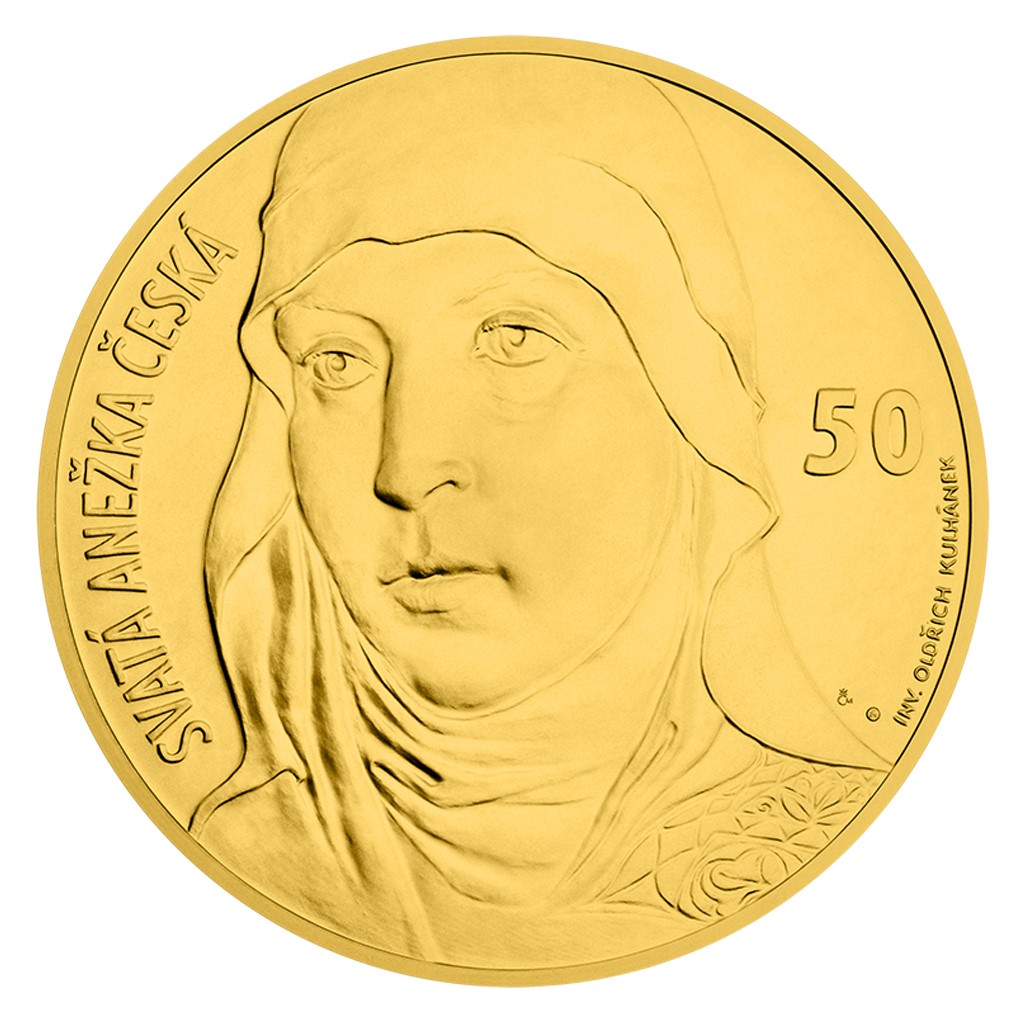 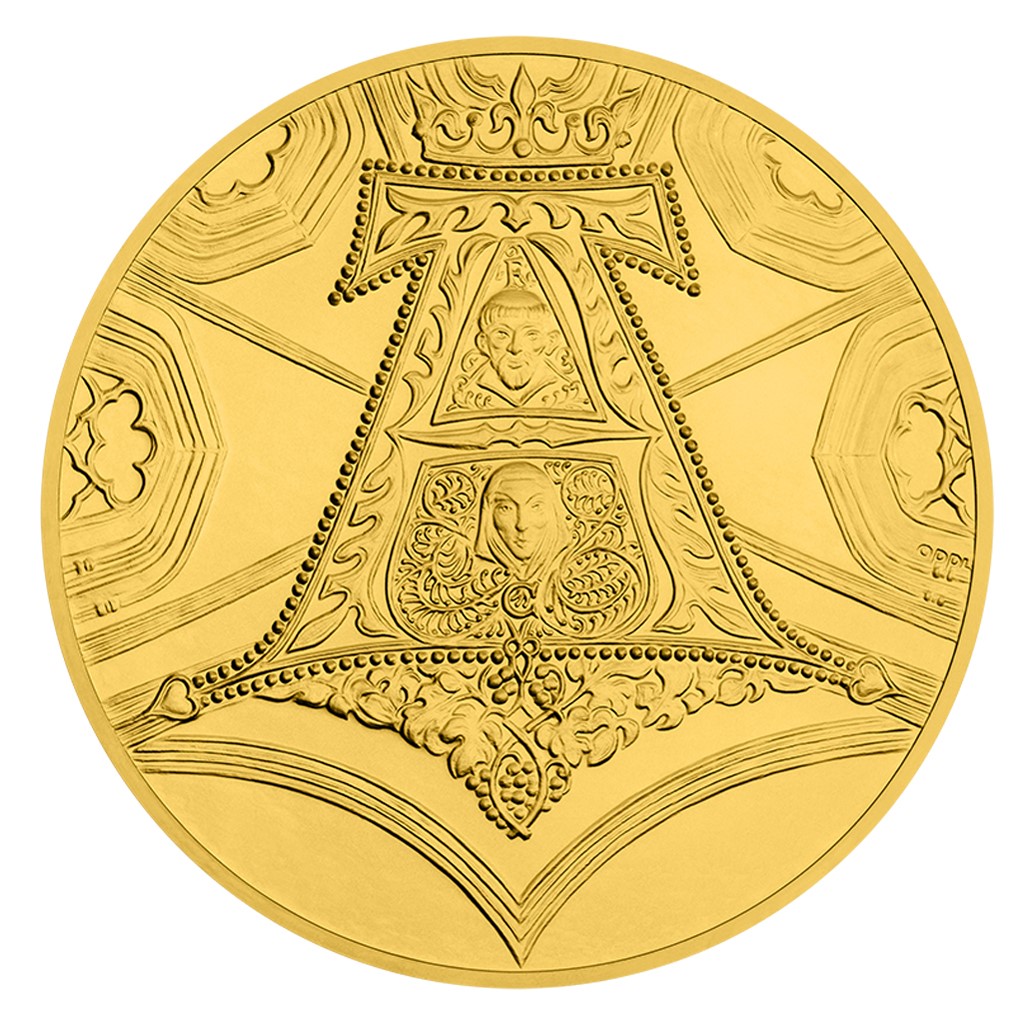 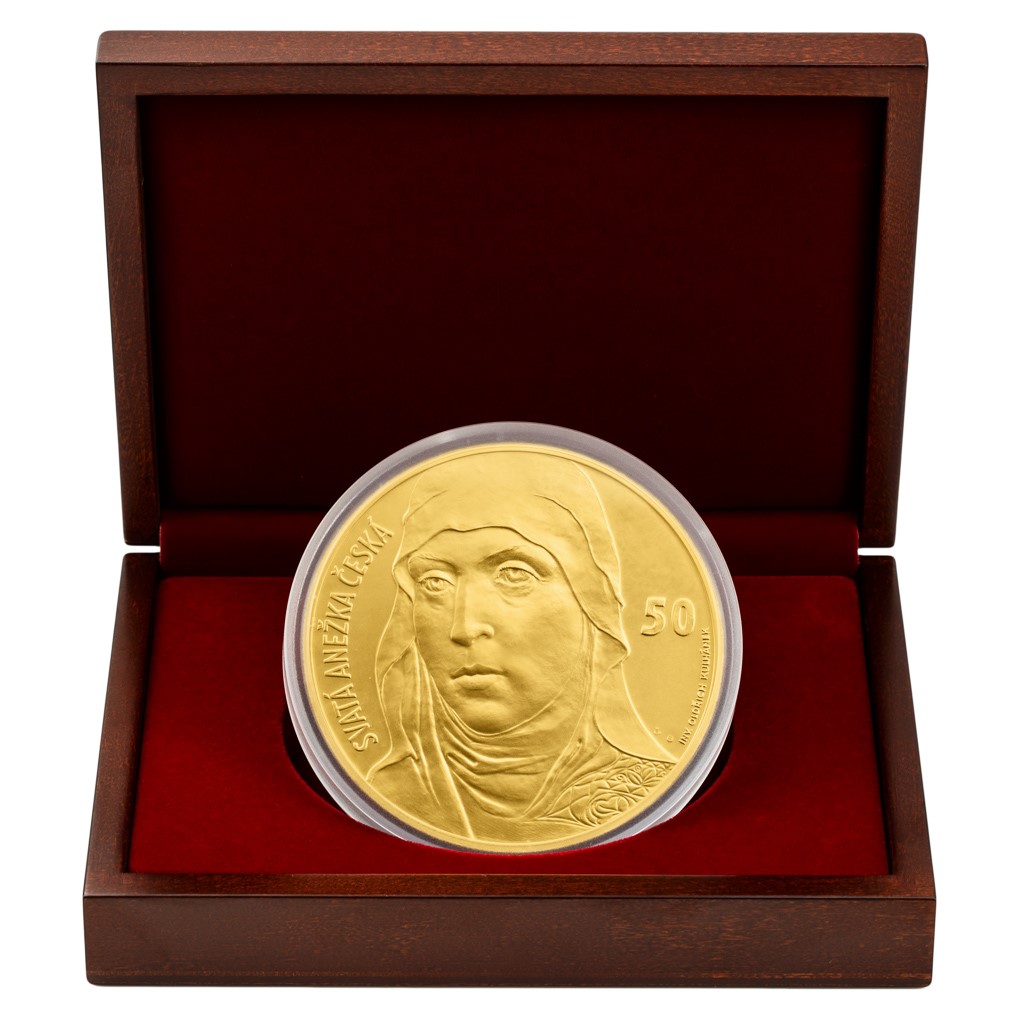 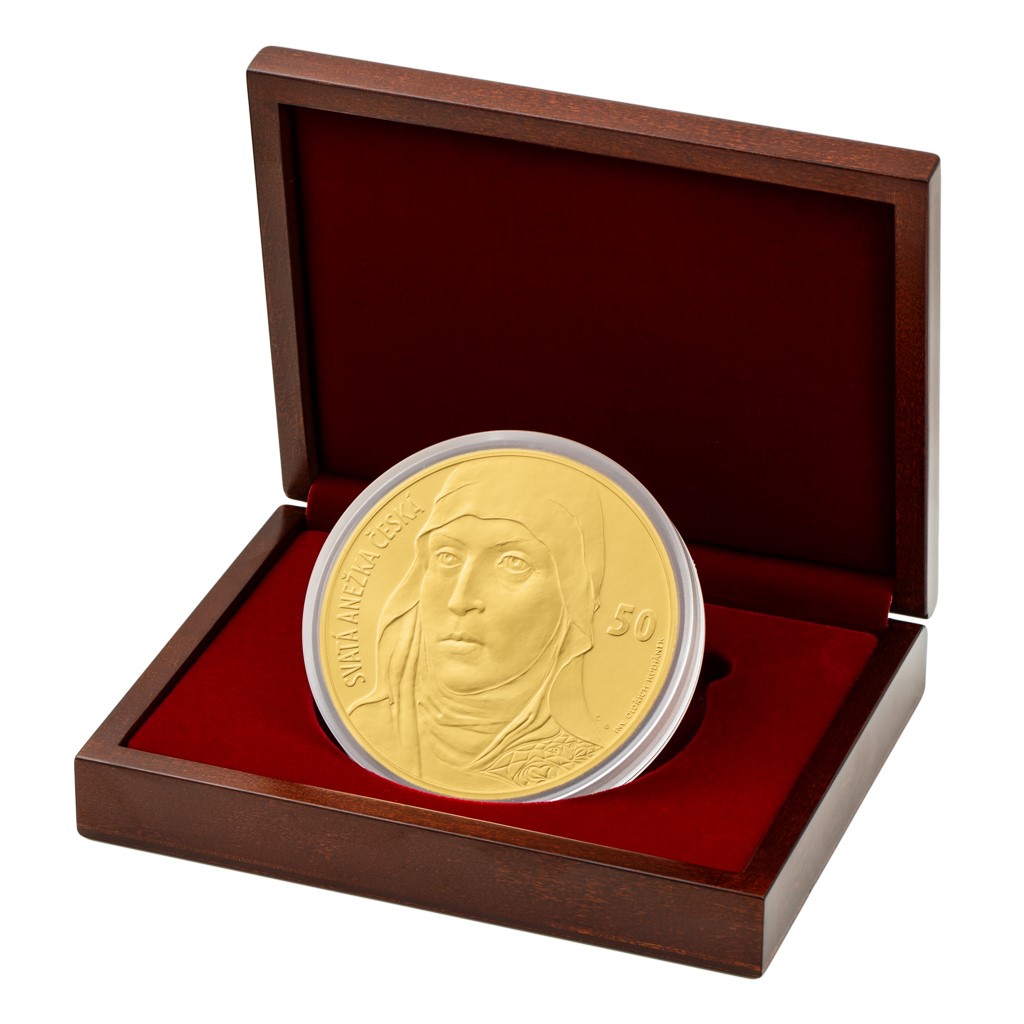 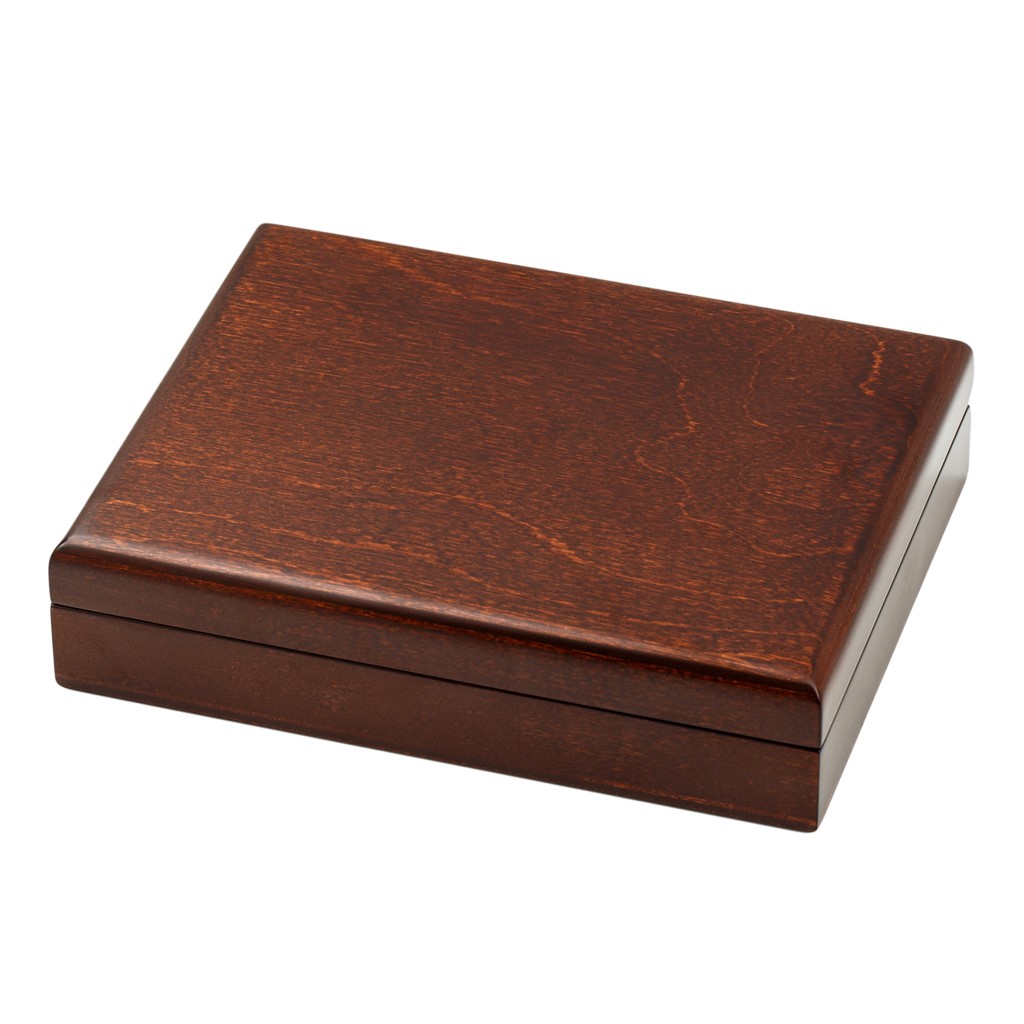