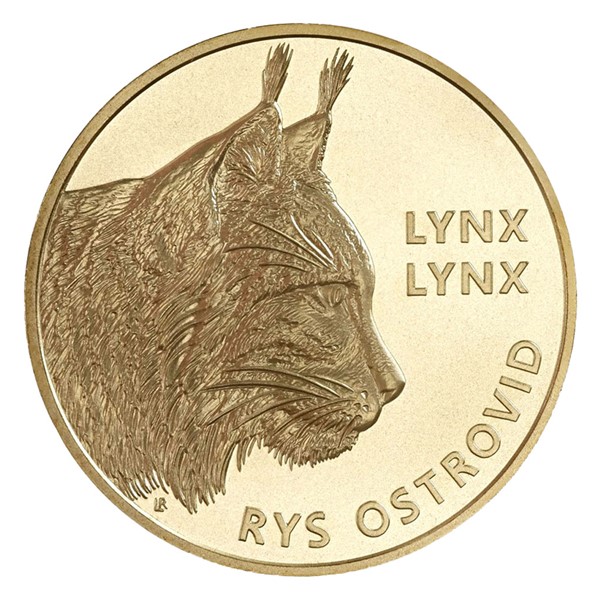 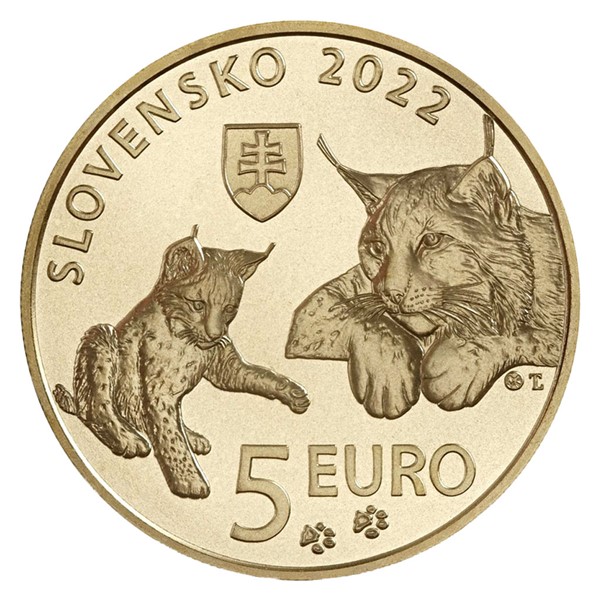 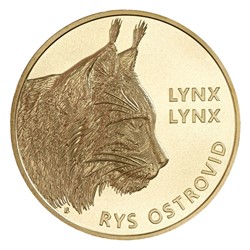 The fourth issue of the series of commemorative euro coins dedicated to Slovak fauna and flora, commemorates the Eurasian lynx.

With a length of one metre and a weight of twenty kilograms, the Eurasian lynx is the Europe's largest cat-like beast. Its cheek bones, spotted fur and triangular ears topped with black bristles are striking. Its tail is short - as if cut off - and its long legs with powerful paws serve as snowshoes. As its name suggests, the lynx has excellent eyesight, but it also relies on its refined sense of smell. It lurks on high ground for its prey by leaping several metres and then biting through its neck. For a long time, the lynx was a prized hunting trophy and was also considered a forest pest. At the turn of the 19th and 20th centuries, it almost disappeared from western and central Europe. Only in the eastern Carpathians has the lynx population survived in greater density. Today, the Slovak lynx is not only a protected natural heritage, but also a key resource for the re-emergence of this majestic species throughout Europe…

The reverse side of the coin, which is the work of the medal maker Mgr. Art. Roman Lugar, is dominated by the head of a lynx depicted in profile. The texts features the Slovak and Latin names of the species: RYS OSTROVID - LYNX LYNX. The obverse side of the coin from the workshop of medal maker Tomáš Lamč, DiS., then presents footprints and an adult lynx observing a cub playing. The coin's relief also features the Slovak national emblem, the inscription SLOVENSKO (SLOVAKIA), the year of issue 2022 and the nominal value of 5 EURO.

The commemorative coin made of base metal was minted by the Mincovňa Kremnica Mint and issued by the National Bank of Slovakia. 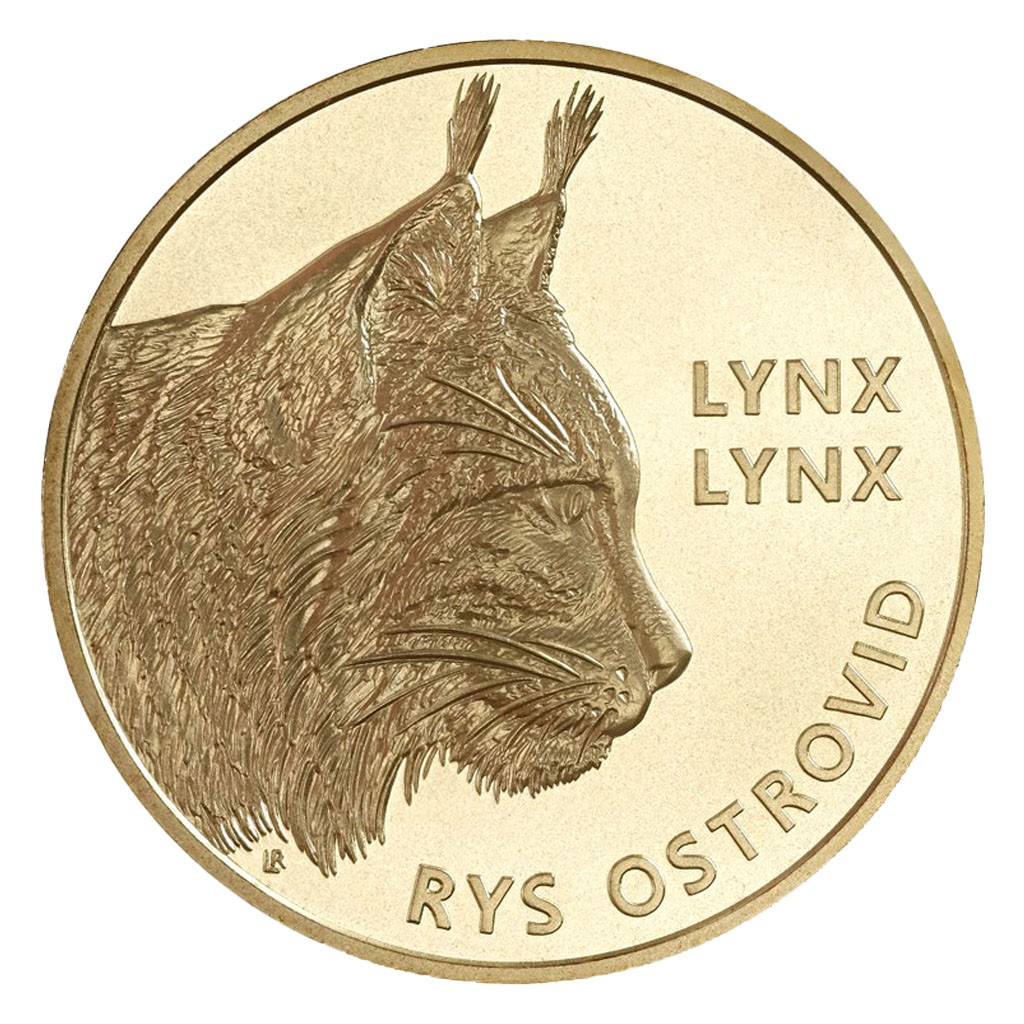 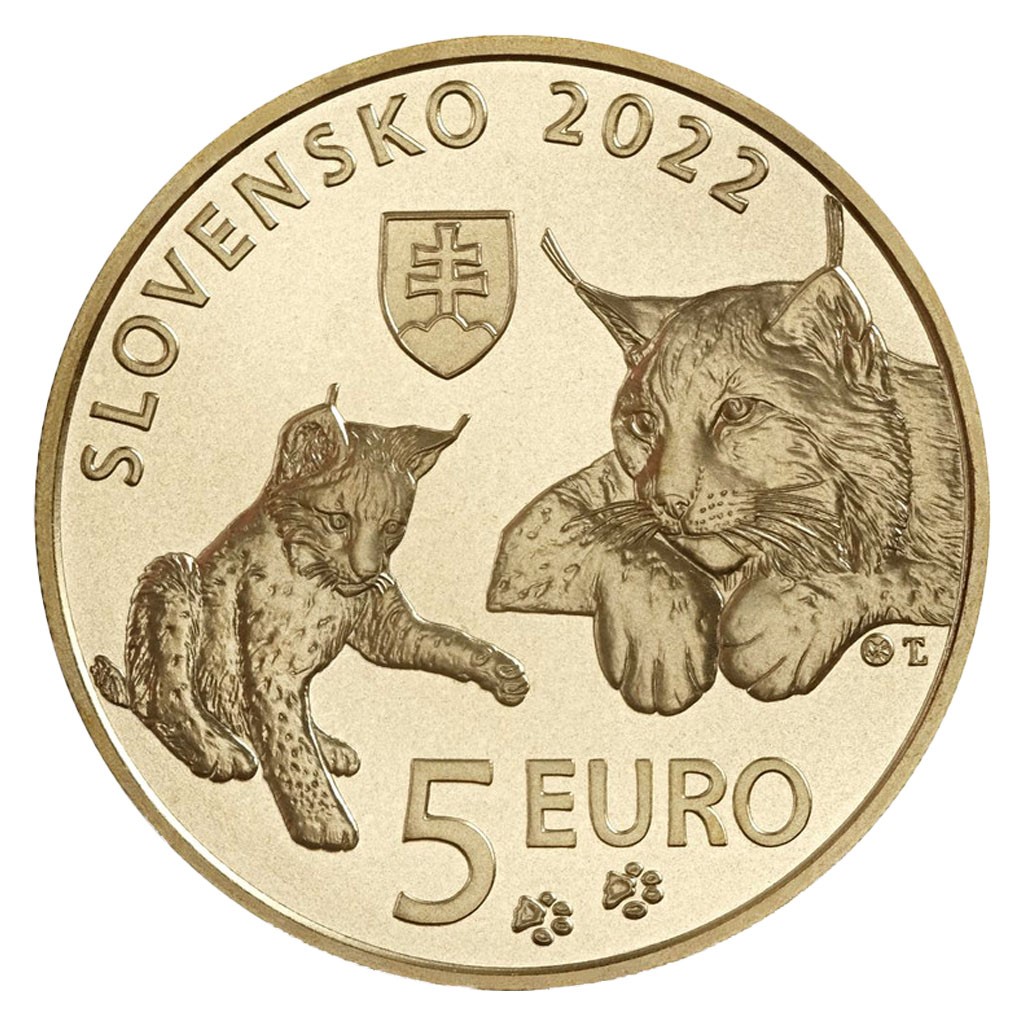