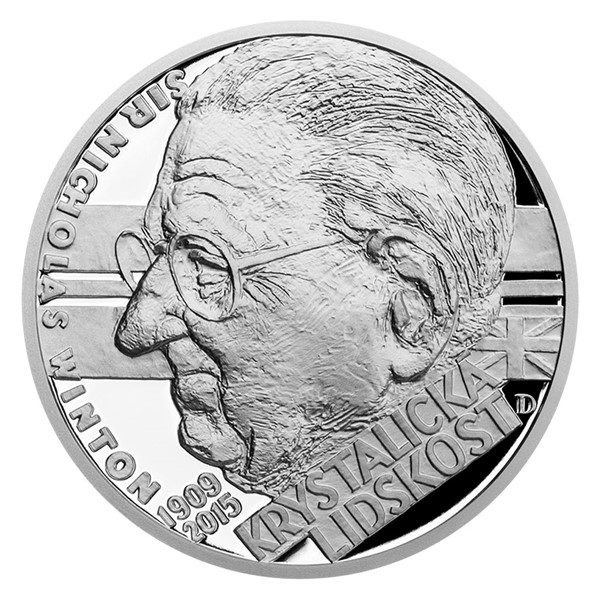 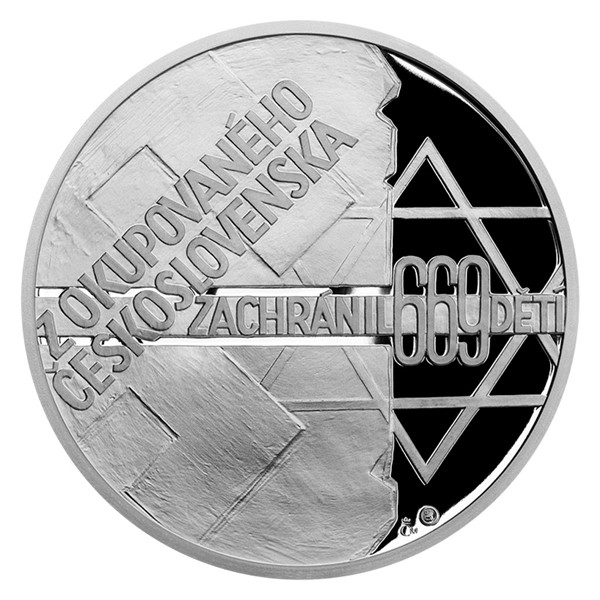 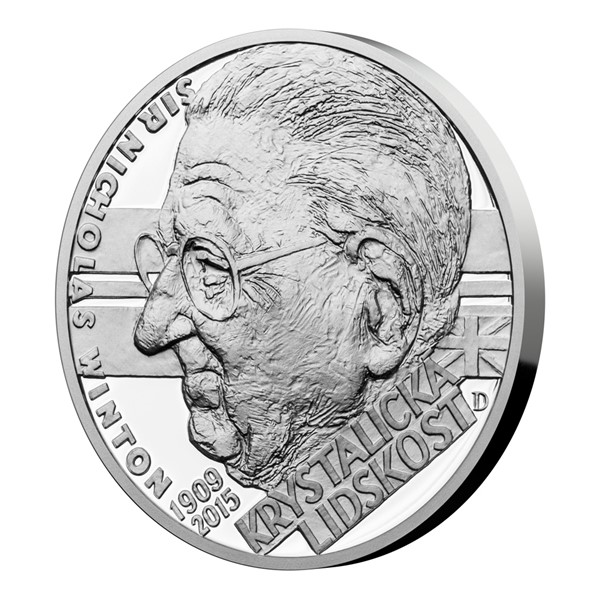 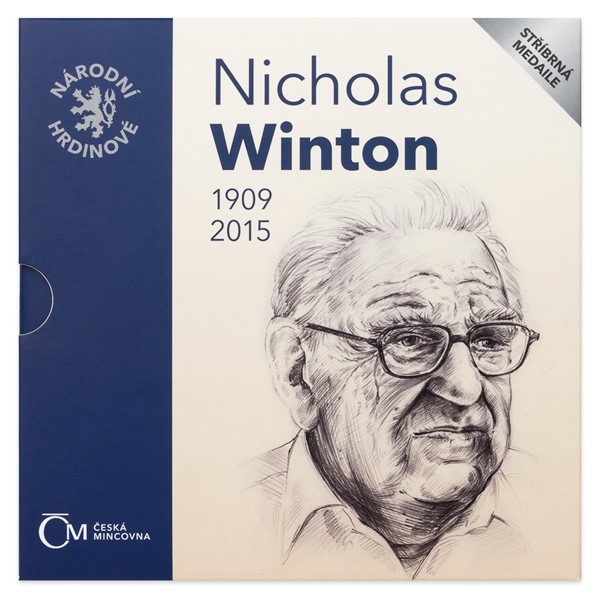 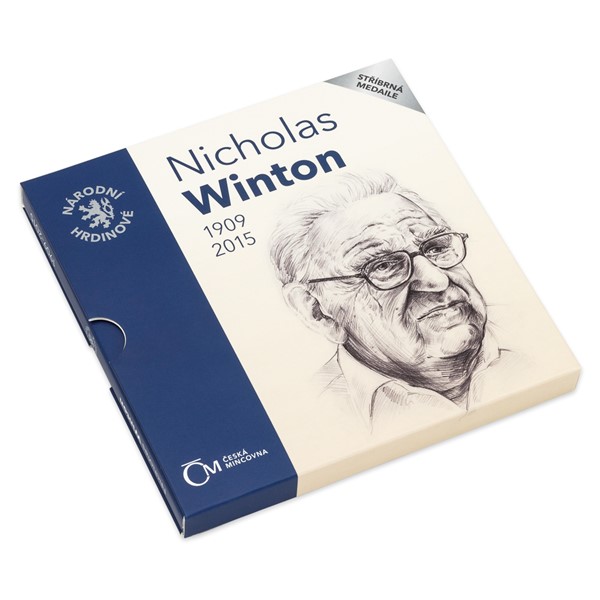 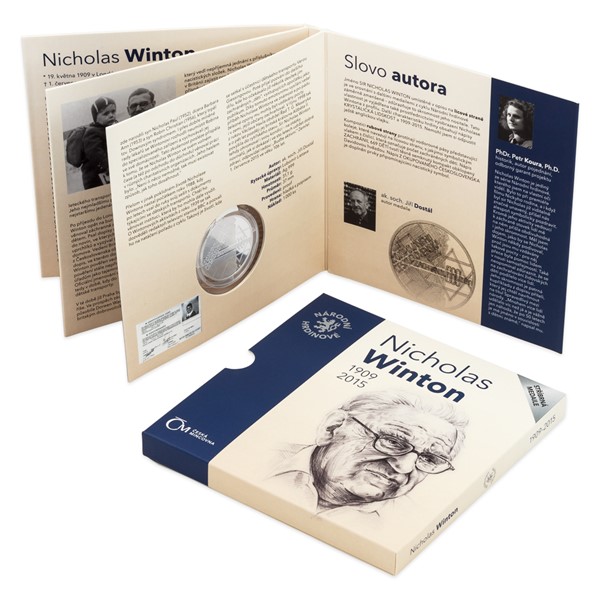 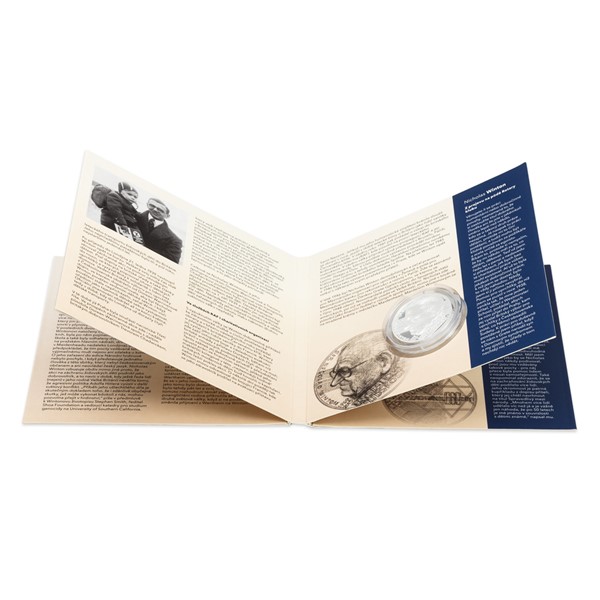 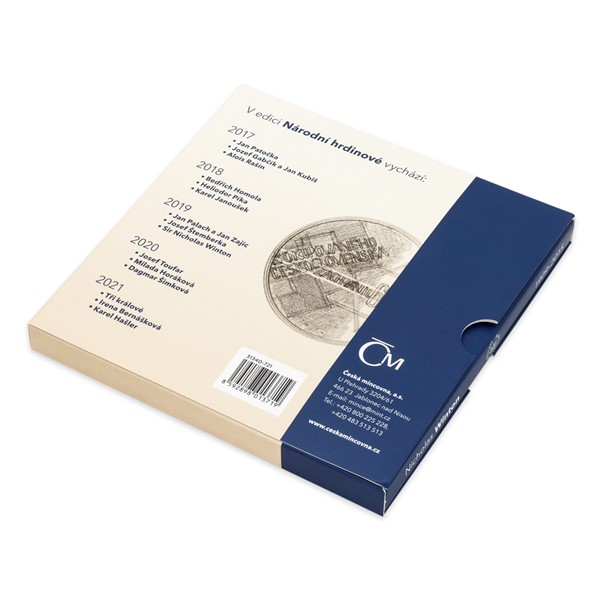 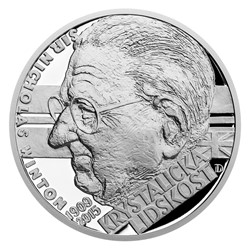 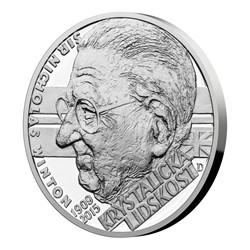 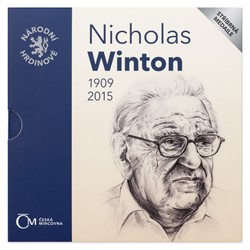 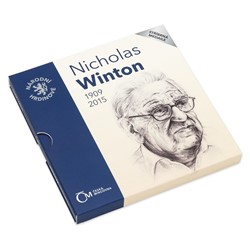 Although Nicholas Winton was not a Czechoslovakian citizen, his humanity has entered our history in inhuman times. Therefore, a silver medal from the Czech Mint´s cycle entitled the National Heroes was dedicated to him.

"Violence and wars, closed and violated treaties, concentration camps, and group ostracization have become so common in the daily press that ordinary people have been losing their moral principles. Just a few years ago, publishing a report on a couple of stateless or homeless refugees in no one's country, when one state refuses them to enter their territory and the other replaces them, almost certainly made people think about it. However, they have become accustomed to such tragedies that they do not think of how they could temper such suffering. They do not want to bear the responsibility for today´s world. They hope that all of this will change in the end, but they cannot do anything ... Thousands of children live in the Czech Republic and Slovakia. Some have no place to live and are hungry, most of them do not have citizenship. However, if they are forced to stay where they are, they have no future,” wrote a man in a newspaper in 1939. He saved 669 children who should had been transported to a concentration camp from the occupied territory of Czechoslovakia on the eve of World War II. Nicholas Winton was not only selfless but also extraordinarily modest. It took almost 50 years for the public to learn about his deeds. "If you do a humanitarian or charitable job, it doesn't mean that you deserve a good man's title, or that you are better than anybody who is not interested in such a job." I do that because it makes me happy, therefore, I can be considered a pleasure seeker and certainly an egoist. I don't think anyone should thank me for doing this, ” Nicholas Winton said.

“The composition of the reverse side of the medal is intersected by horizontal railway tracks that are connected with the obverse side by a symbolic train with a number that indicates the number of rescued children. The inscription SAVED 669 CHILDREN is surrounded by the Star of David. The inscription FROM OCCUPIED CZECHOSLOVAKIA is accompanied by elements commemorating the Nazi symbol, ” the author of the medal academic sculptor Jiří Dostál explains. The obverse side of the medal bears the portrait of Nicholas Winton from profile with the English flag and the text SIR NICHOLAS WINTON, 1909–2015, CRYSTALLINE HUMANITY.

The medal is stored in a spectacular packaging that contains a professional treatise written by expert czech historian and guarantor of the whole project of National Heroes PhDr. Petr Koura, Ph.D.,. You can store your collection in a practical collector's box. 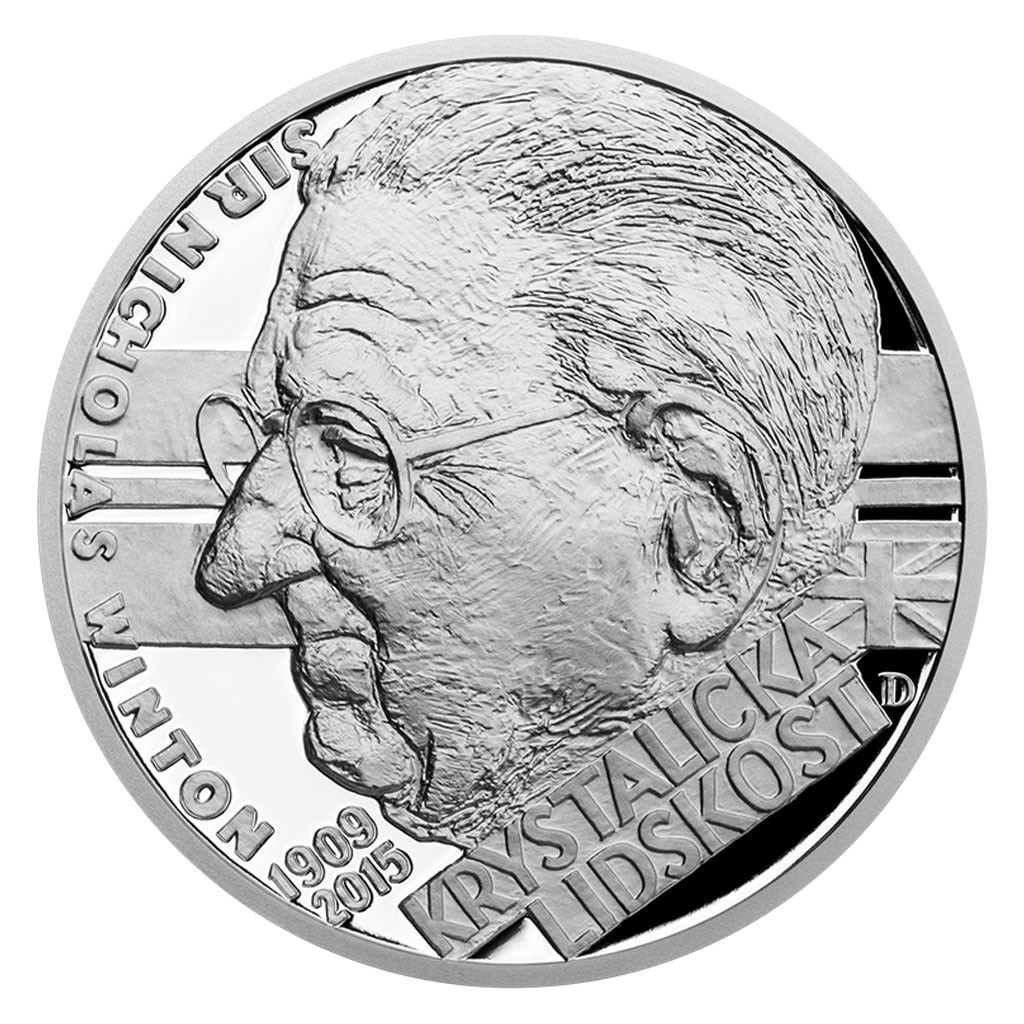 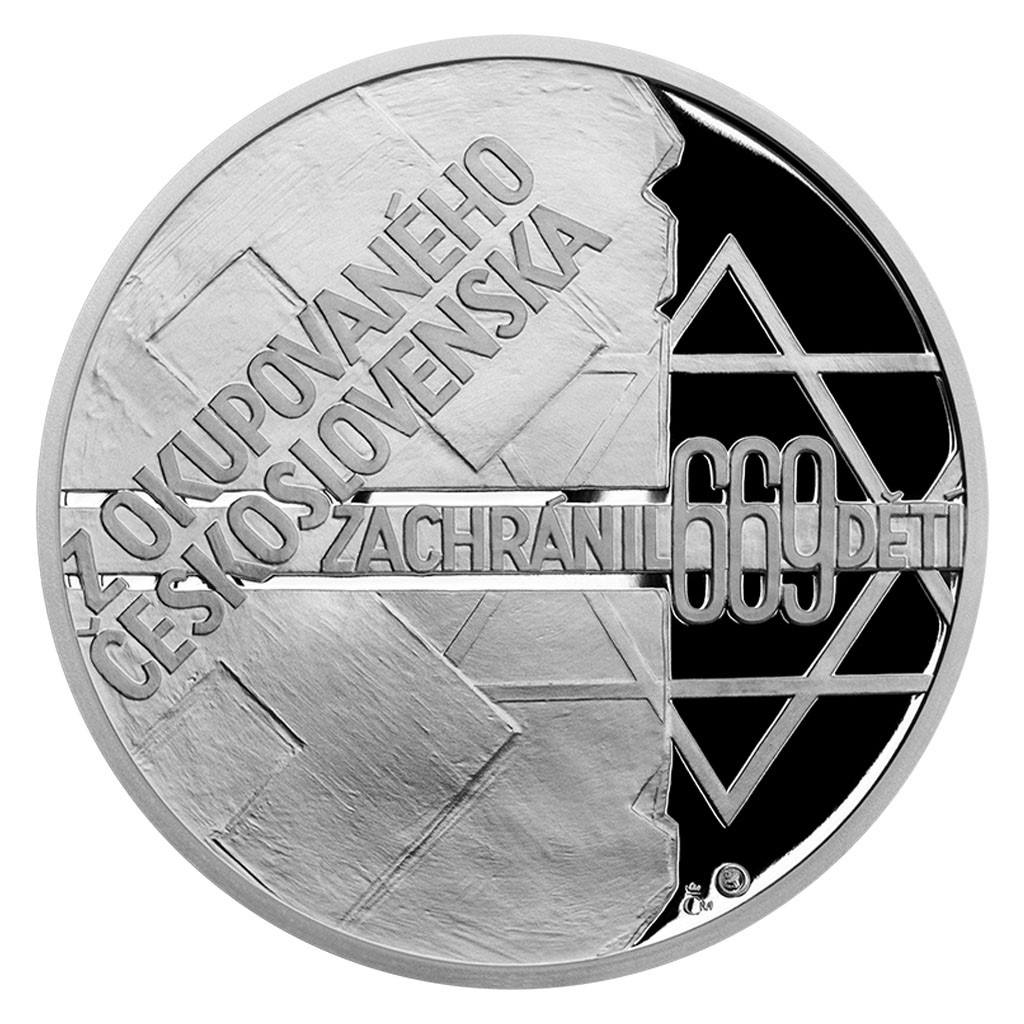 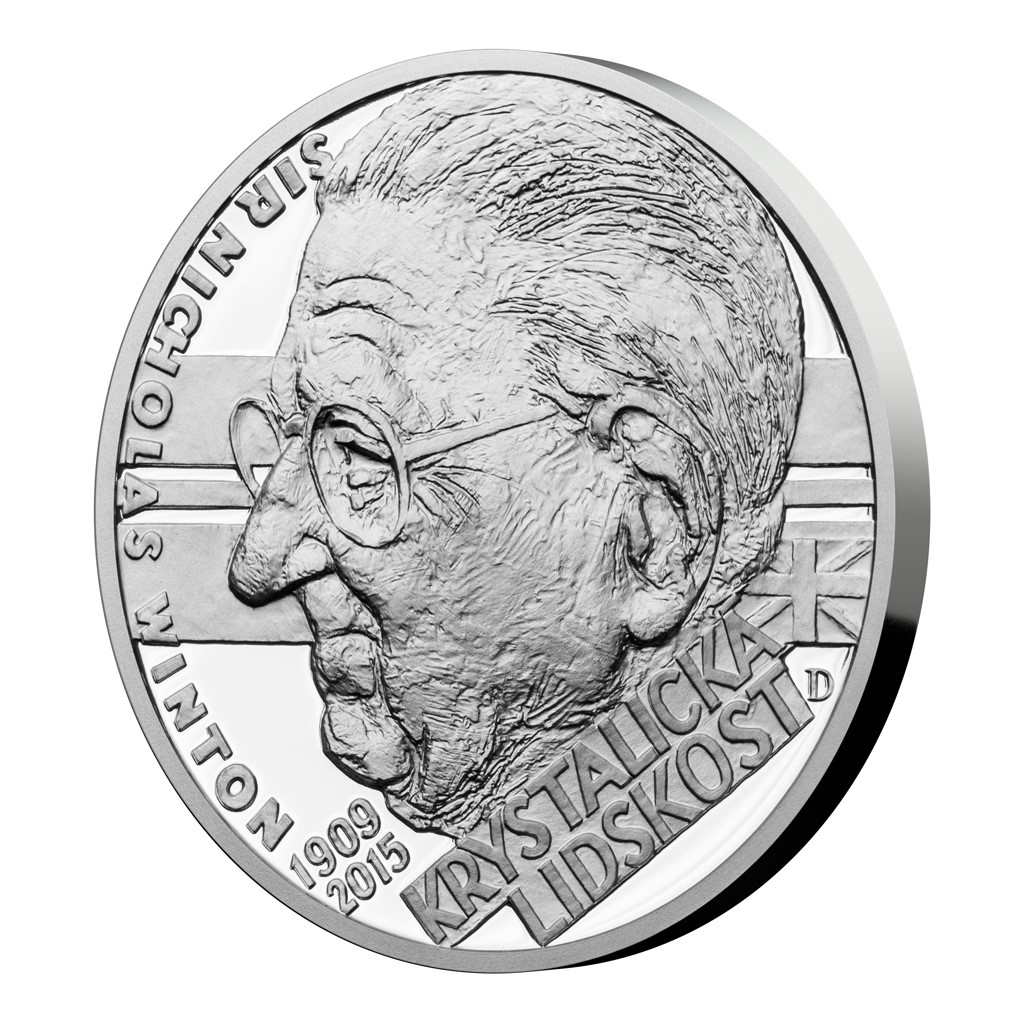 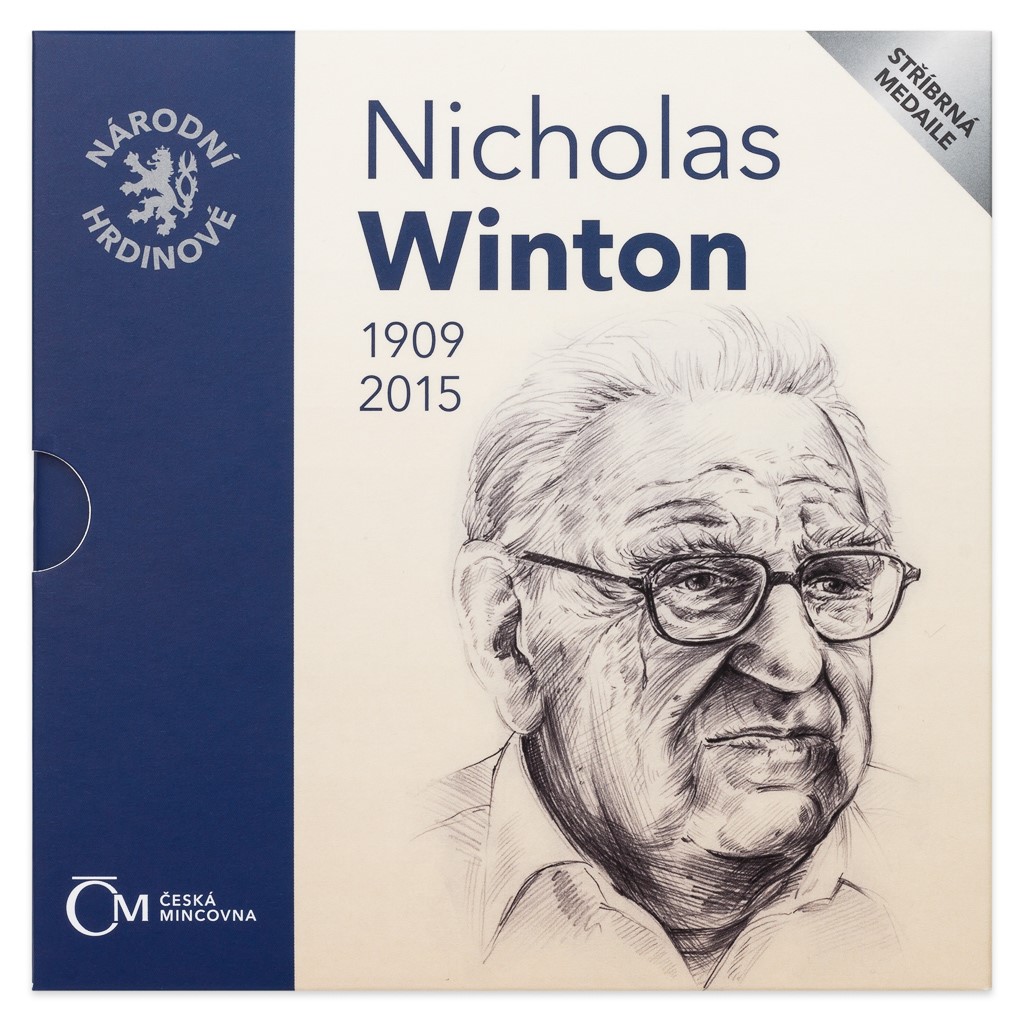 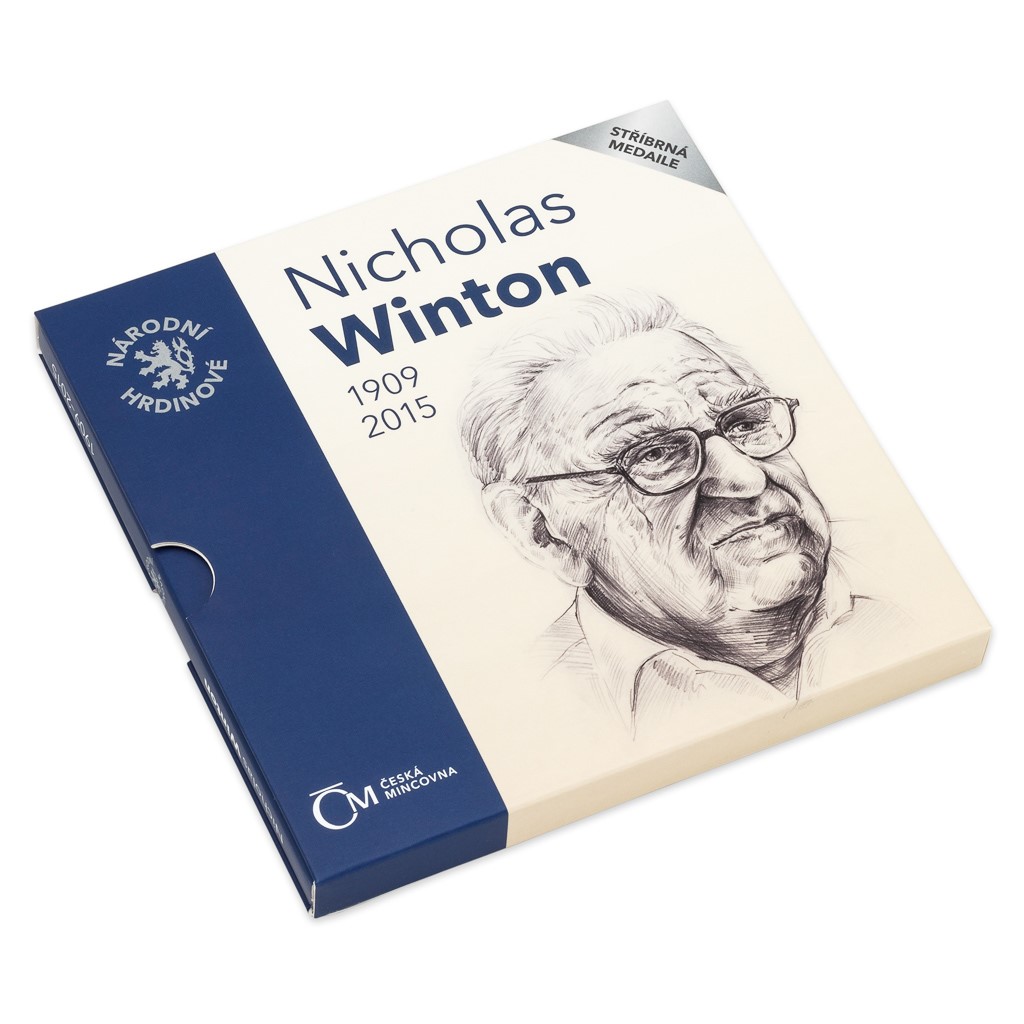 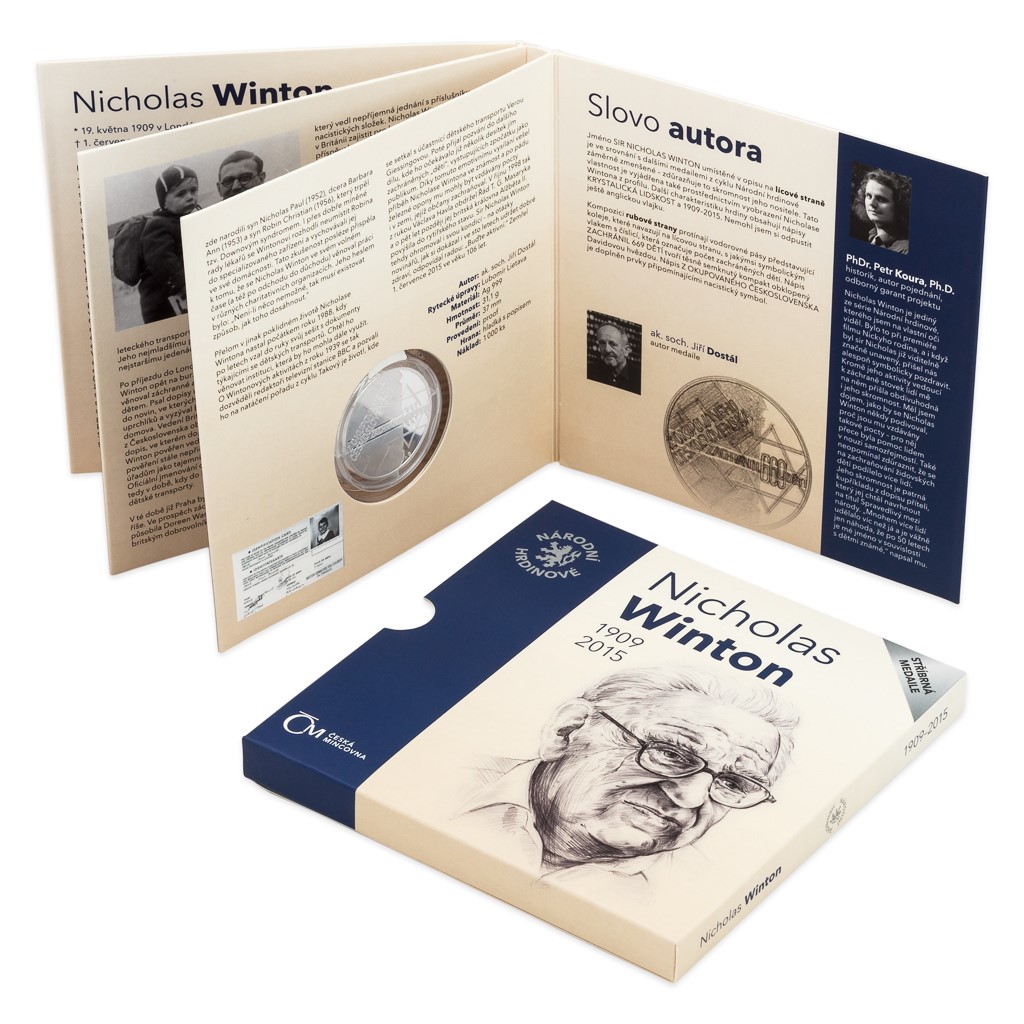 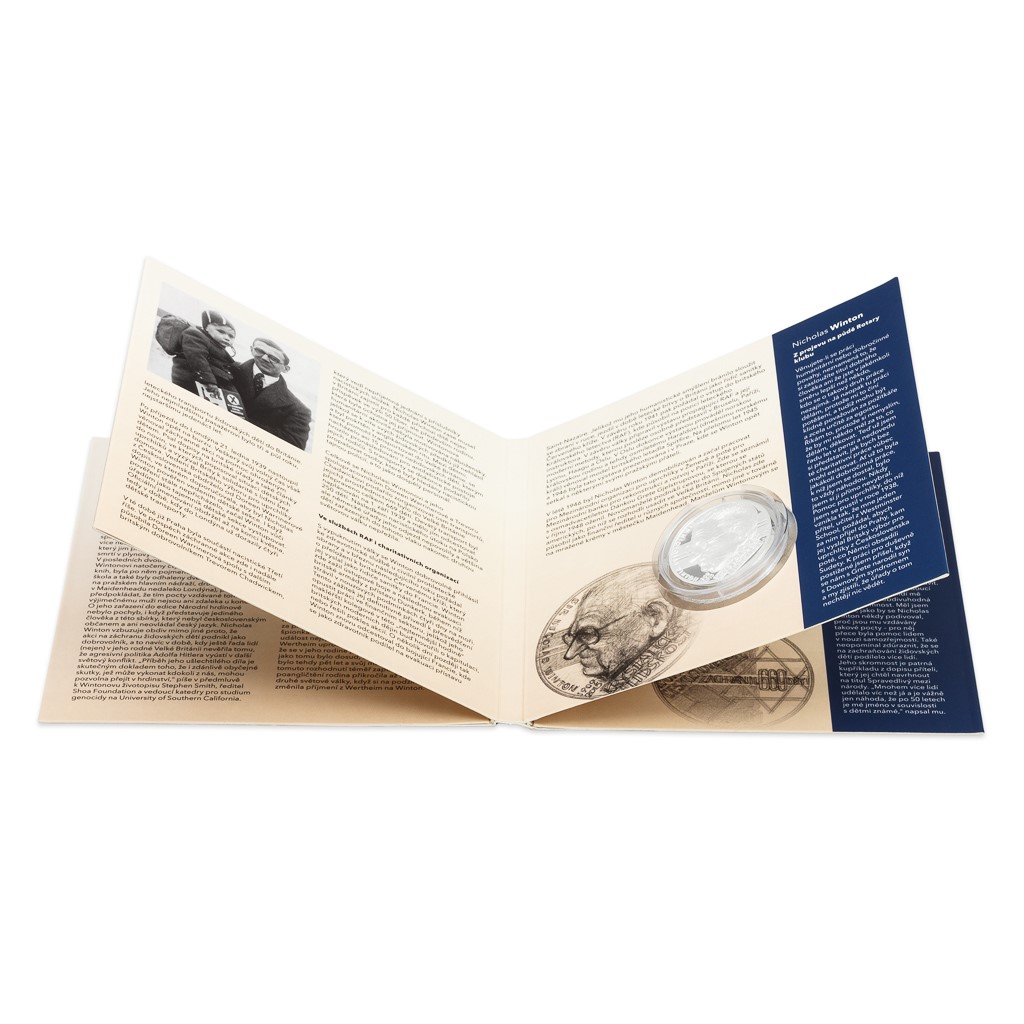 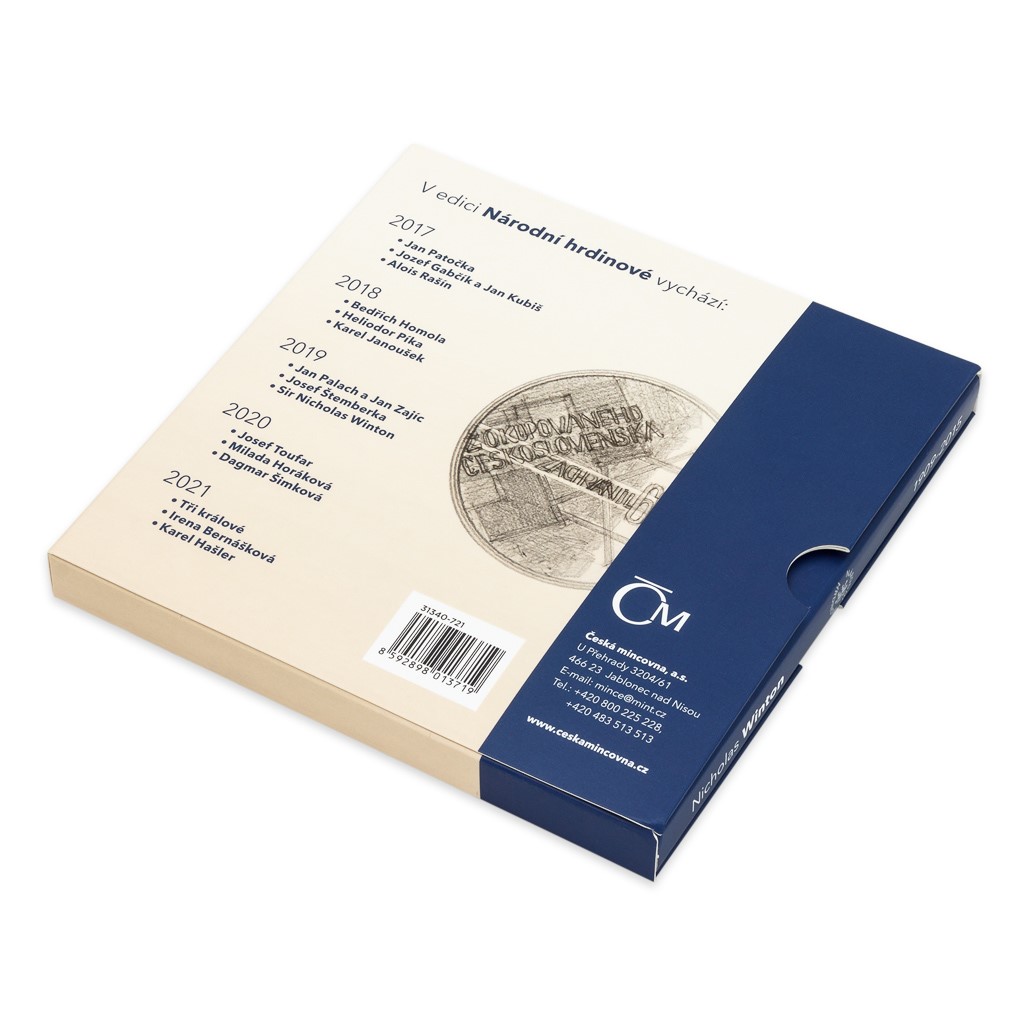 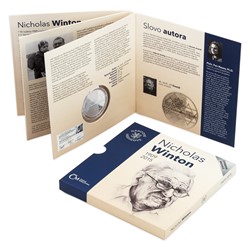 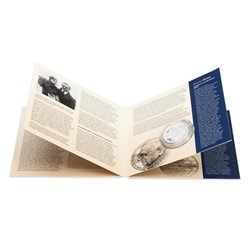 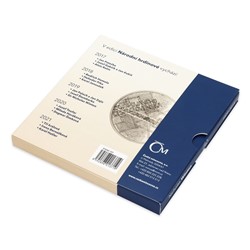