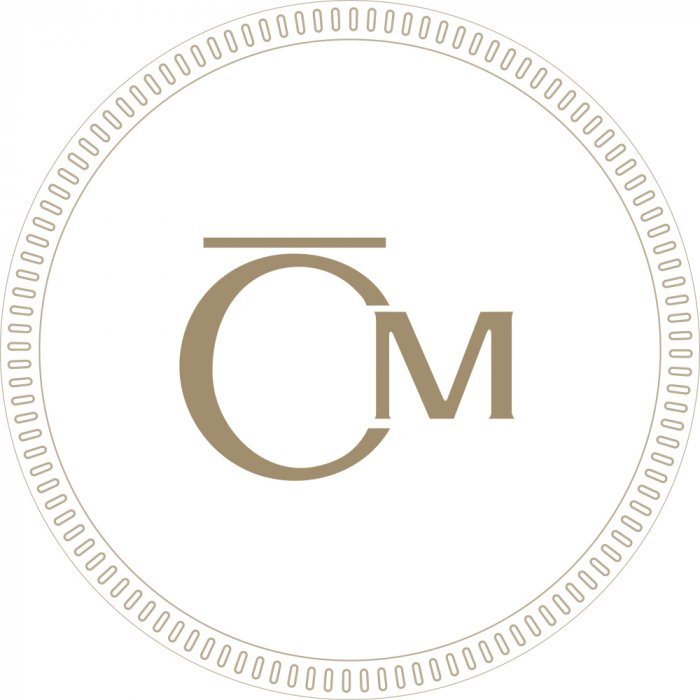 Another universal god to whom the silver coin covered with patina from the Czech Mint's thematic cycle pays tribute is Osiris.

Osiris, who is also known as Usir or Usirev, was a diverse god. He first initiated the ancient Egyptians, who suffered from hunger and poverty, into the secrets of agriculture and crafts. The people, whom he made the most advanced nation in the world, in turn worshipped him as a god of fertility. But the jealous god Set (egyptological: Sutekh), who ruled only the dry and barren deserts, could not reconcile himself to his brother's popularity and cunningly murdered him. He cut his body into countless pieces, which he scattered all over Egypt. That would have been the end of Osiris without the loving goddess Isis. She traveled to the farthest corners of the earth, collected all the pieces of her husband's body, and eventually - with the help of the god Anubis - revived him long enough to father a son, Horus, to avenge his father's death. Osiris then became the ruler of the underworld, where he weighs the hearts of the dead and decides whether they have the right to live eternal life...

Osiris was the very first mummy in history, which greatly influenced his portrayal in art. He is often depicted embalmed and, unlike other Egyptian gods, has no animal features. The medal maker David Kružliak depicted him as a man wrapped in bandages, holding a number of royal artefacts - a crown with a sacred cobra, a false beard, a crutch and reprimands. The composition of the reverse side of the coin is supplemented with elaborated Egyptian symbolism - the relief includes a pyramid, canopies, a scarab and a series of hieroglyphs that tell the story of Osiris to connoisseurs of Egyptian writing. The decorative Egyptian motifs can also be found on the obverse side of the coin, where they are supplemented with ornaments of Greek, Norse, Slavic and Egyptian origin - the obverse side is in fact common to the entire set of the divine coins. As the coins of the Czech Mint are issued with the license of a foreign issuer, which is the island of Niue, the obverse side bears its necessary attributes - the nominal value of 10 DOLLARS (NZD), the name and portrait of Queen Elizabeth II and the year of issue 2022.

The universal gods of the world are immortalised on large coins - each weighing five troy ounces. 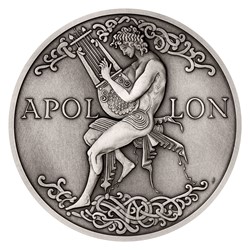 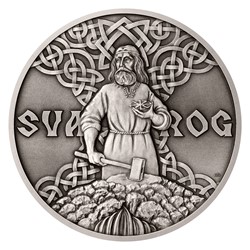 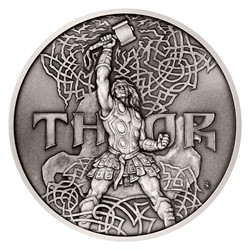 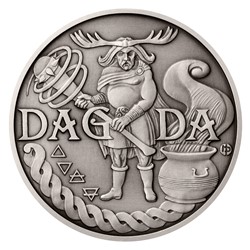