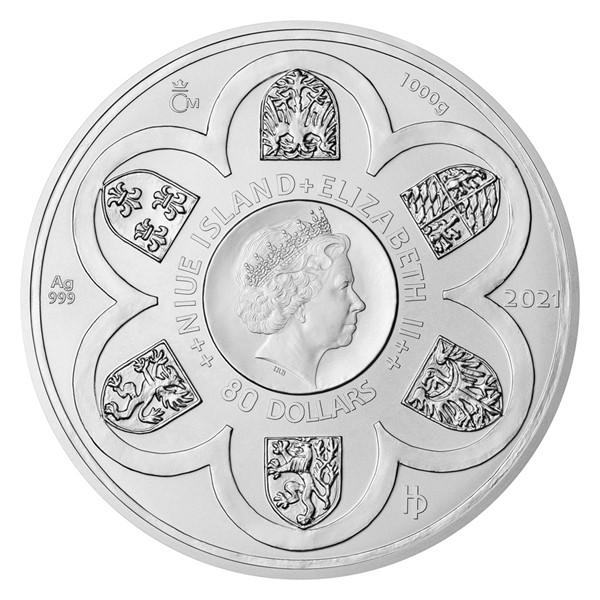 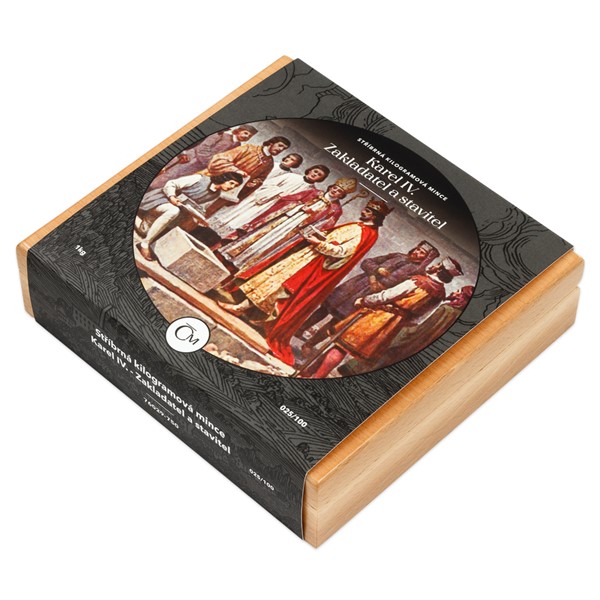 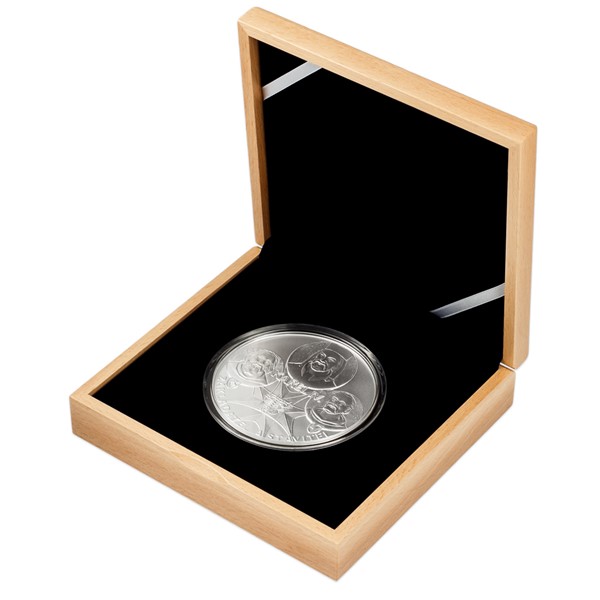 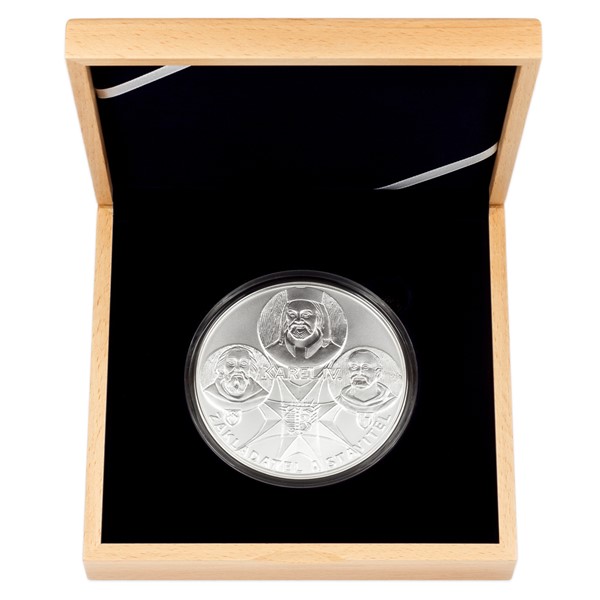 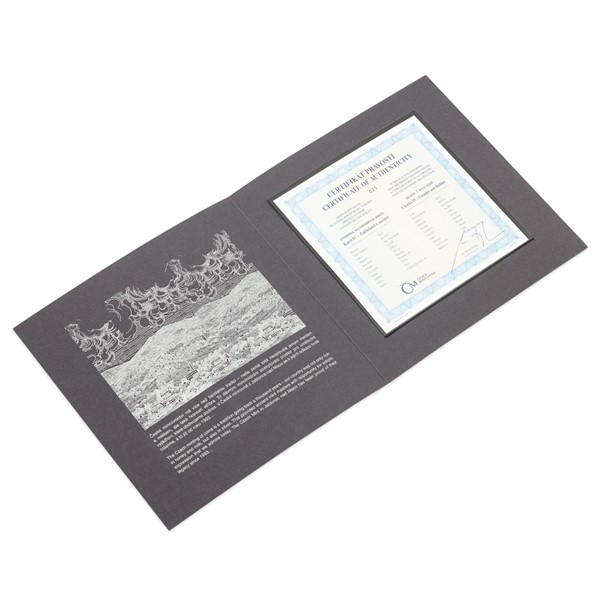 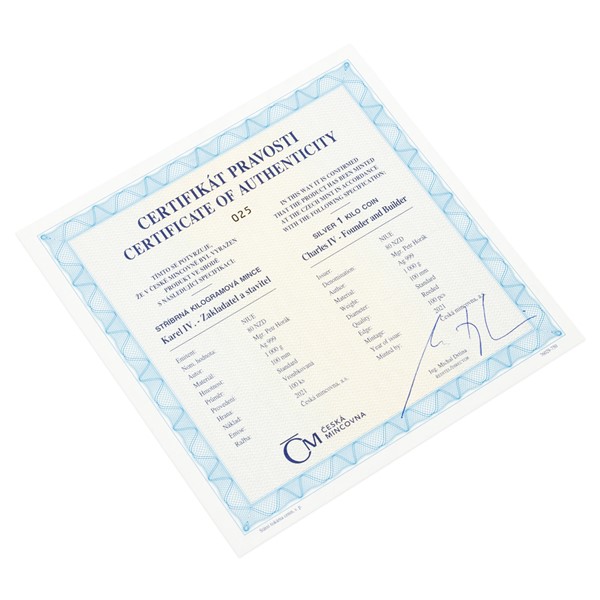 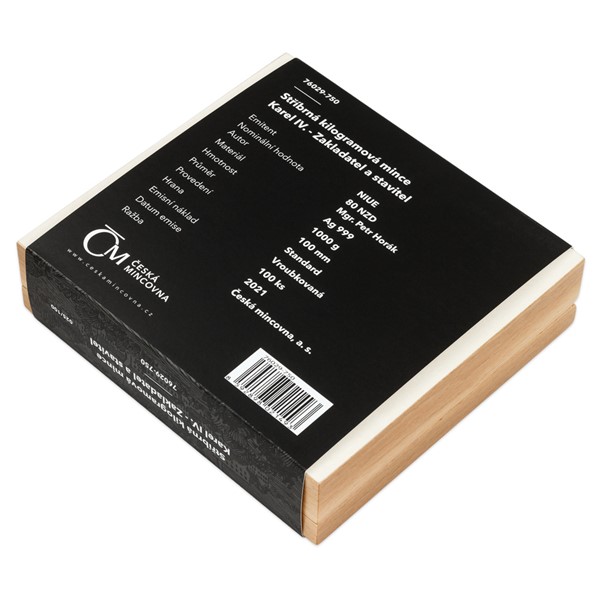 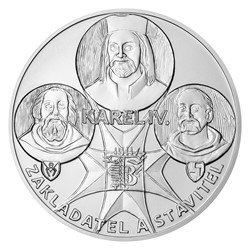 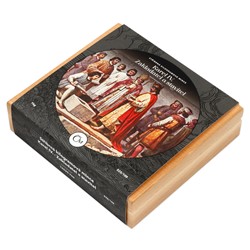 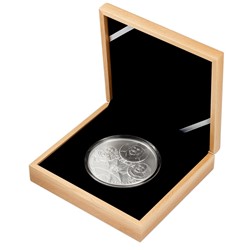 In the relief of this magnificent silver coin, which weighs one kilogram, you will find King Charles IV in the role of founder and builder.

When Charles IV assumed power, the Czech lands were neglected and in ruins. "And we found the kingdom so abandoned that we did not find a single castle that was free, that was not mortgaged with all the royal goods, so that we had no place to live except in town houses, like other townspeople. And the Prague Castle was so spoiled, ruined, and destroyed that it had been reduced to the ground since the time of King Otakar," wrote the man who decided to address the bleak situation in his autobiography. He turned Prague Castle into a representative residence, which included the magnificent St. Vitus Cathedral, the work of master builders Matthias of Arras and Petr Parléř. Petr Parléř also built a number of other buildings on behalf of Charles IV, such as the stone bridge over the Vltava River. The efforts of the king, who turned impoverished Prague into the heart of the Holy Roman Empire, also included the building of the New Town of Prague and the founding of a university - the oldest north of the Alps and east of Paris. Charles IV did not neglect the rest of the kingdom. He founded royal cities and royal castles throughout the country to strengthen the power of the monarch. Karlstejn - intended as an impregnable fortress to protect the royal insignia and holy relics from all over the empire - was given a special status. He attached no less importance to churches and monasteries, which were centres of religion as well as culture. He built vineyards and spas, and it is no wonder that he received the affectionate title of Father of the Fatherland from the Bohemians.

The leading medal maker Mgr. Petr Horák depicted not only Charles IV, but also his court builders Matthias of Arras and Petr Parléř on the reverse side of the coin. The busts from the triforium of St. Vitus Cathedral are accompanied by the coats of arms of the builders, the initial from the founding charter of Charles University and the vault of St. Wenceslas Chapel. The composition of the obverse side of the coin consists of the coats of arms of the Fatherland countries and the attributes of the island of Niue, which provides the Czech Mint with a licence to issue its own coins. These essential elements include the name and portrait of Queen Elizabeth II, a nominal value of 80 DOLLARS (NZD) and the year of issue 2021.

The schedule of issuance has only 100 pieces of one-kilo silver coins. The deluxe packaging includes a numbered certificate of authenticity from the State Printing Office.

We mint high weight coins using a special hydraulic press that was designed specifically for this purpose. This is the only machine of its kind in the world - no other press has such a configuration and technical parameters. Due to its size and considerable weight, we had to build a special workplace for it at the Czech Mint. 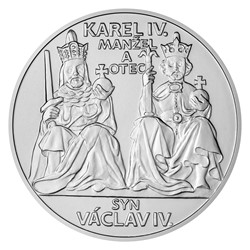 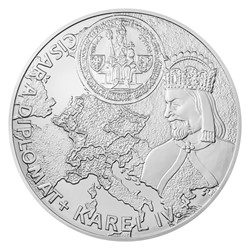 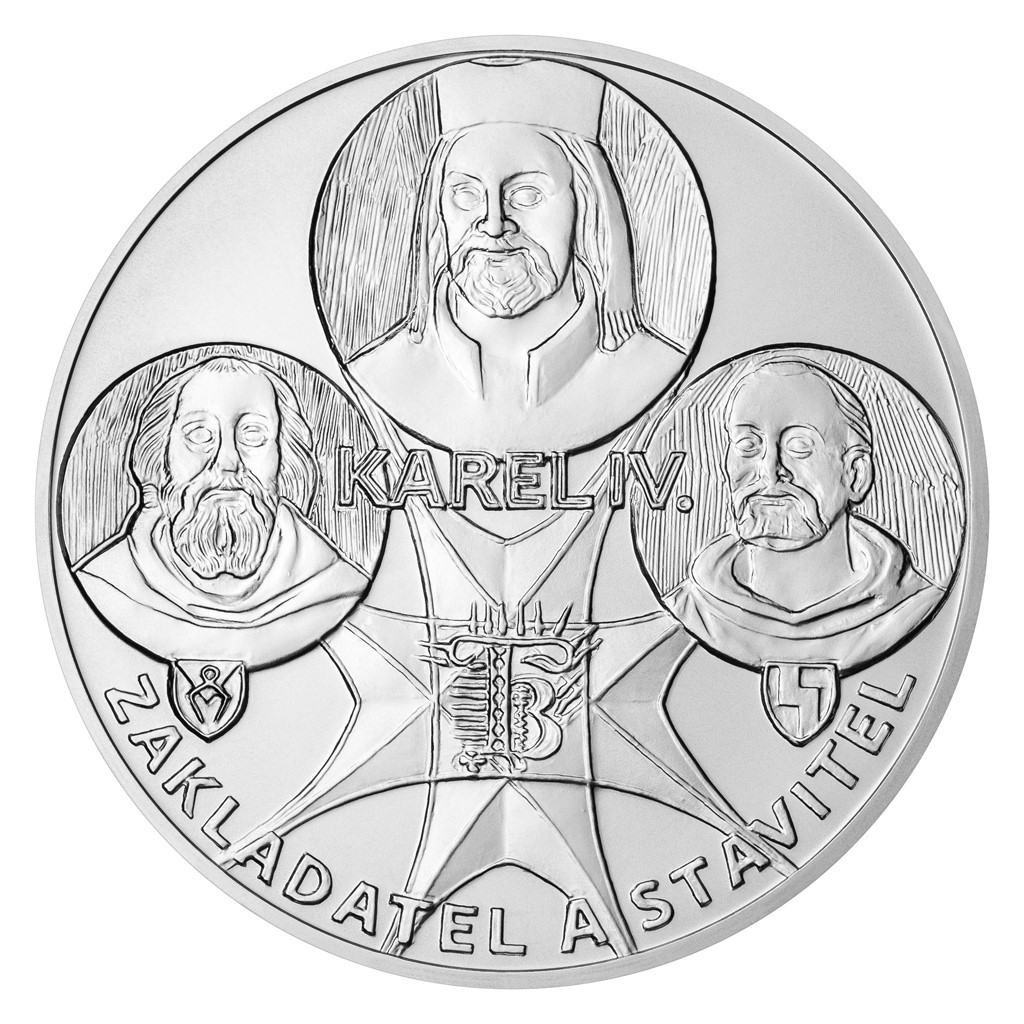 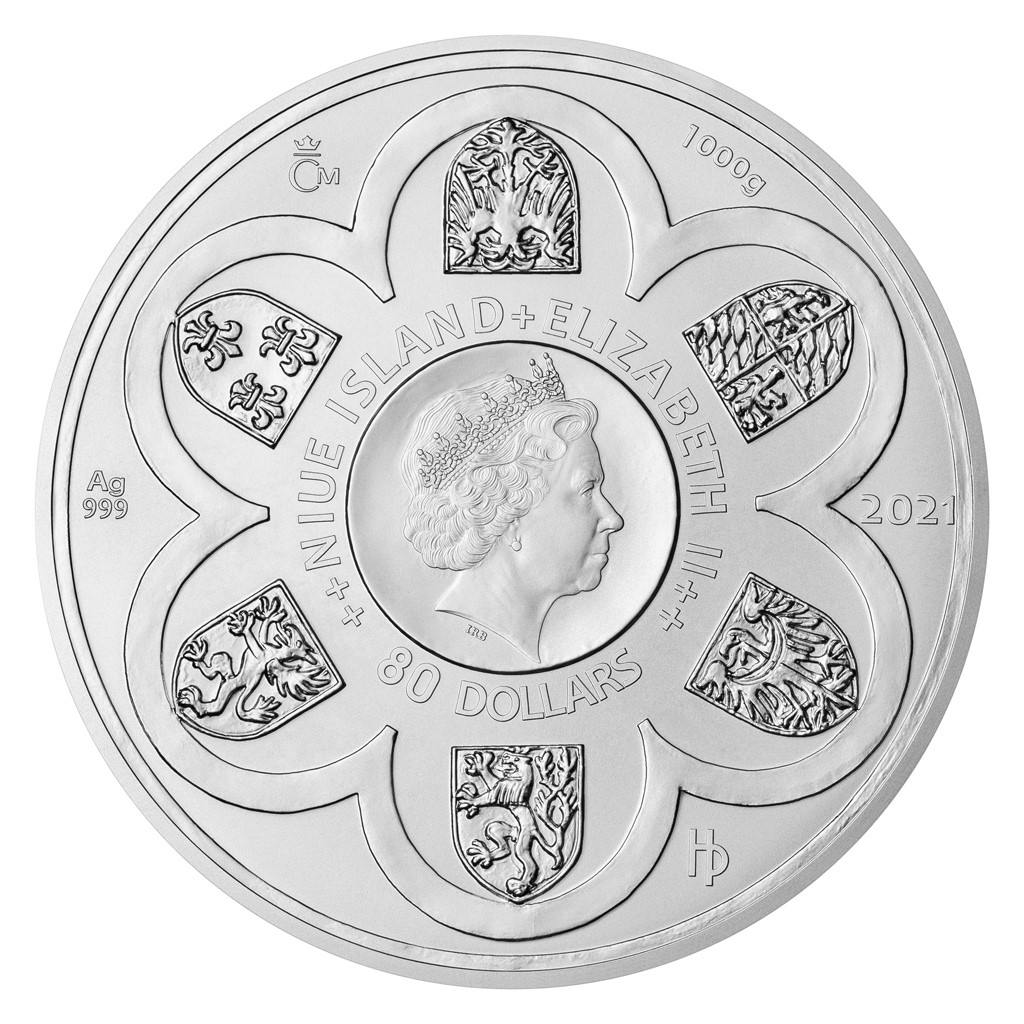 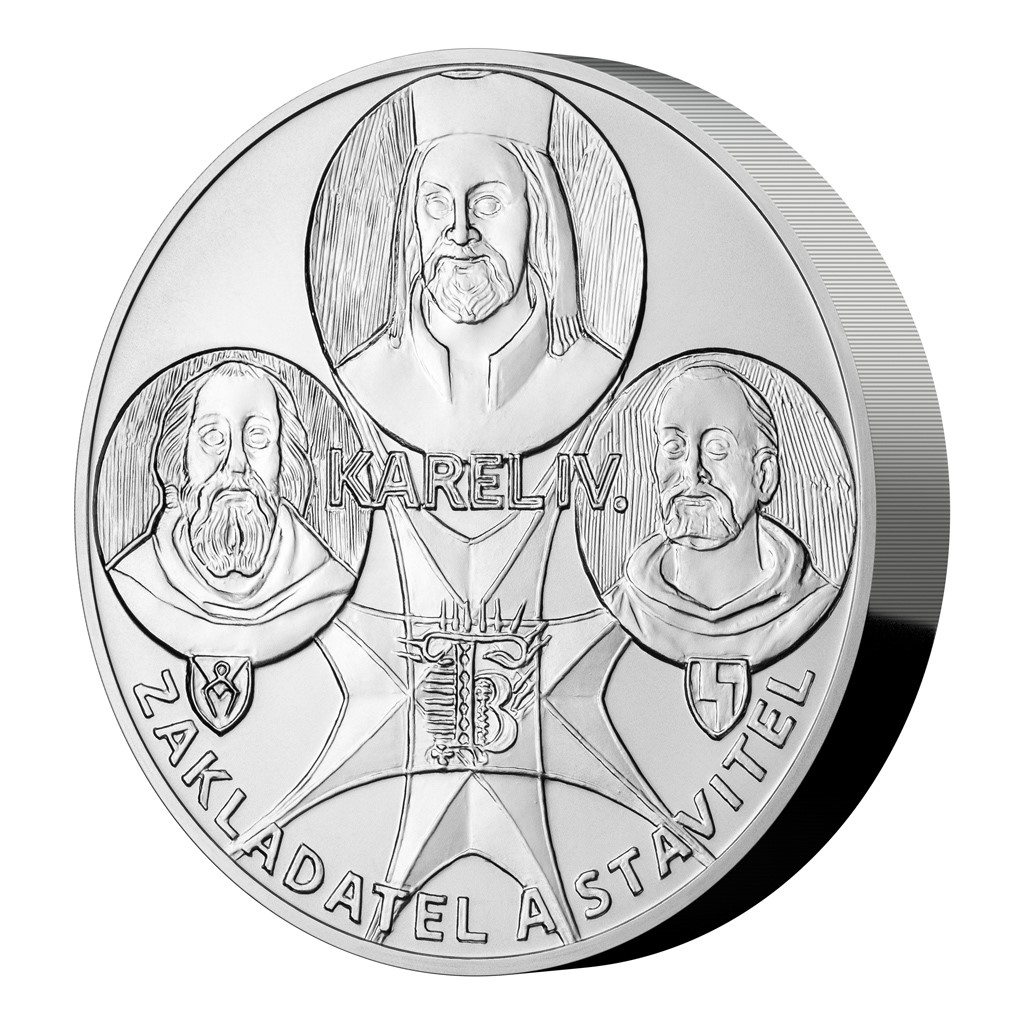 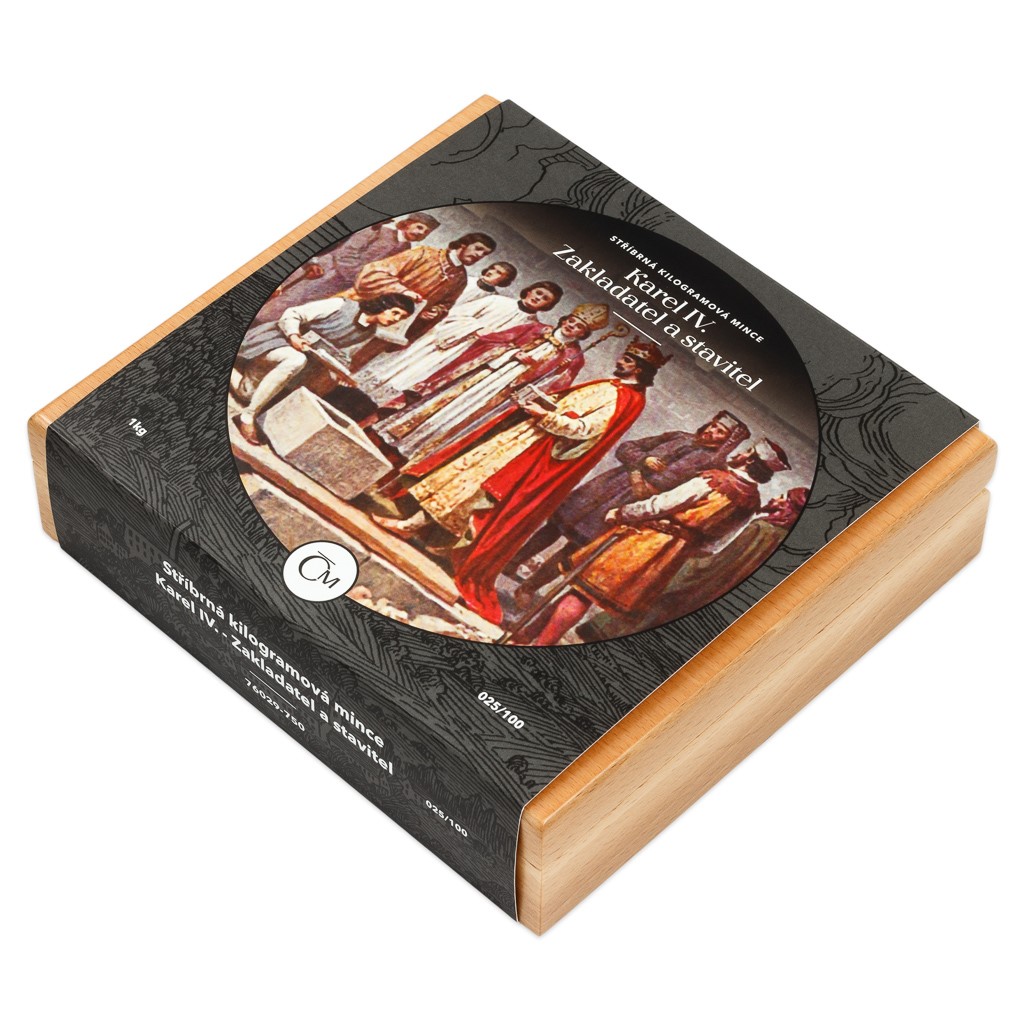 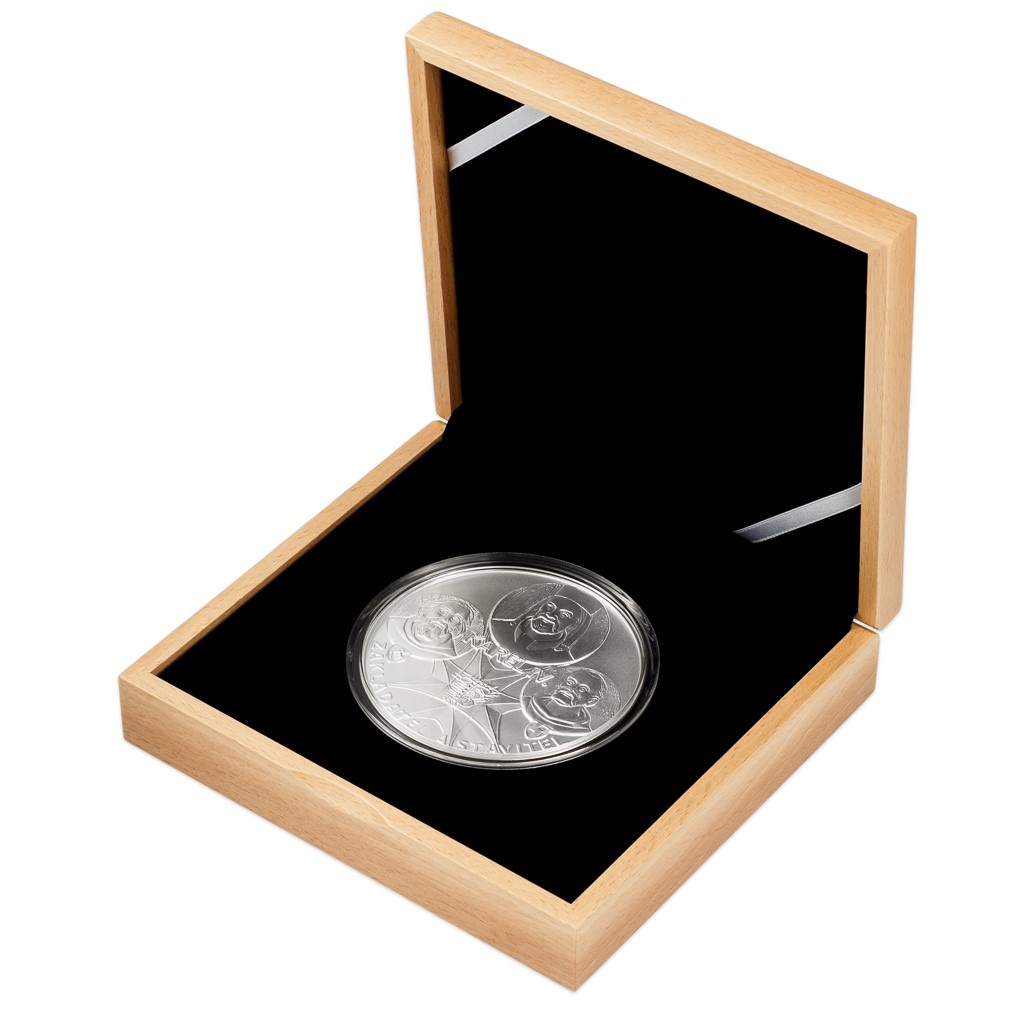 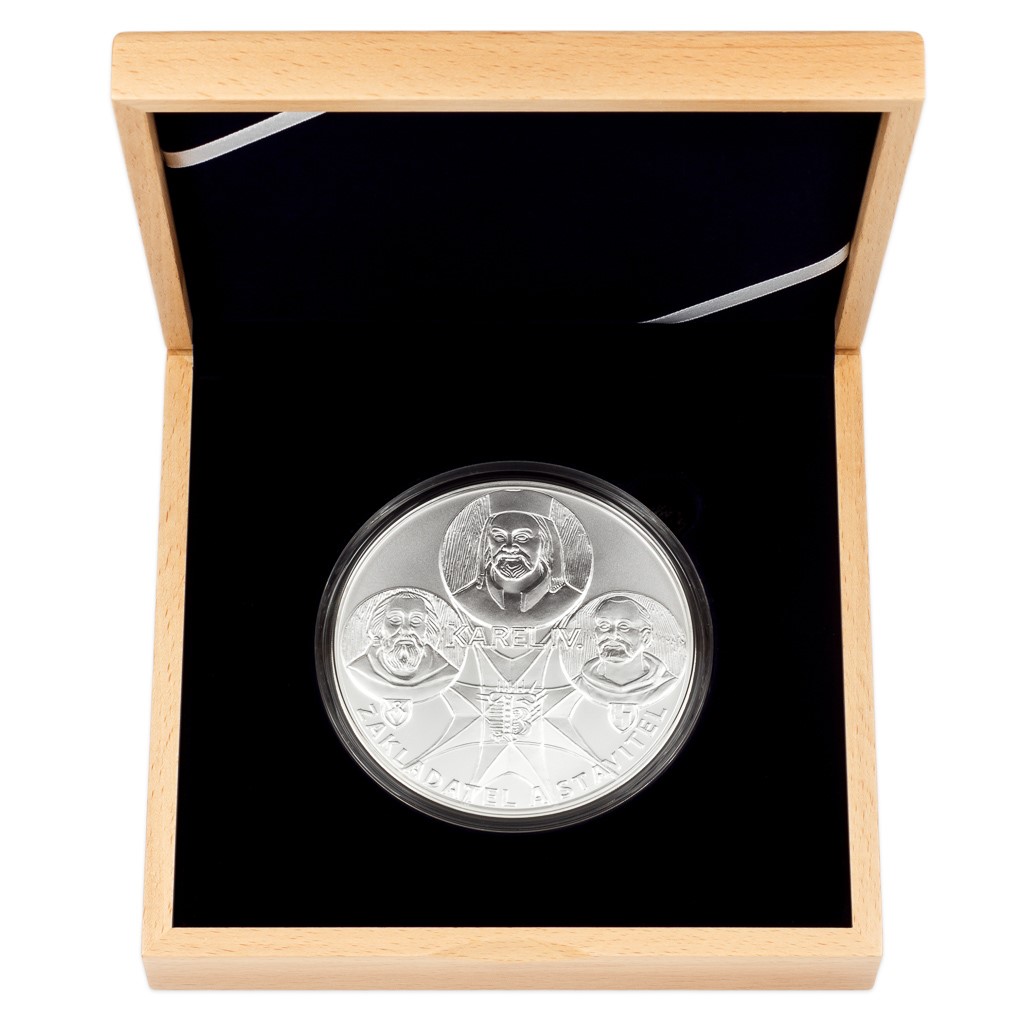 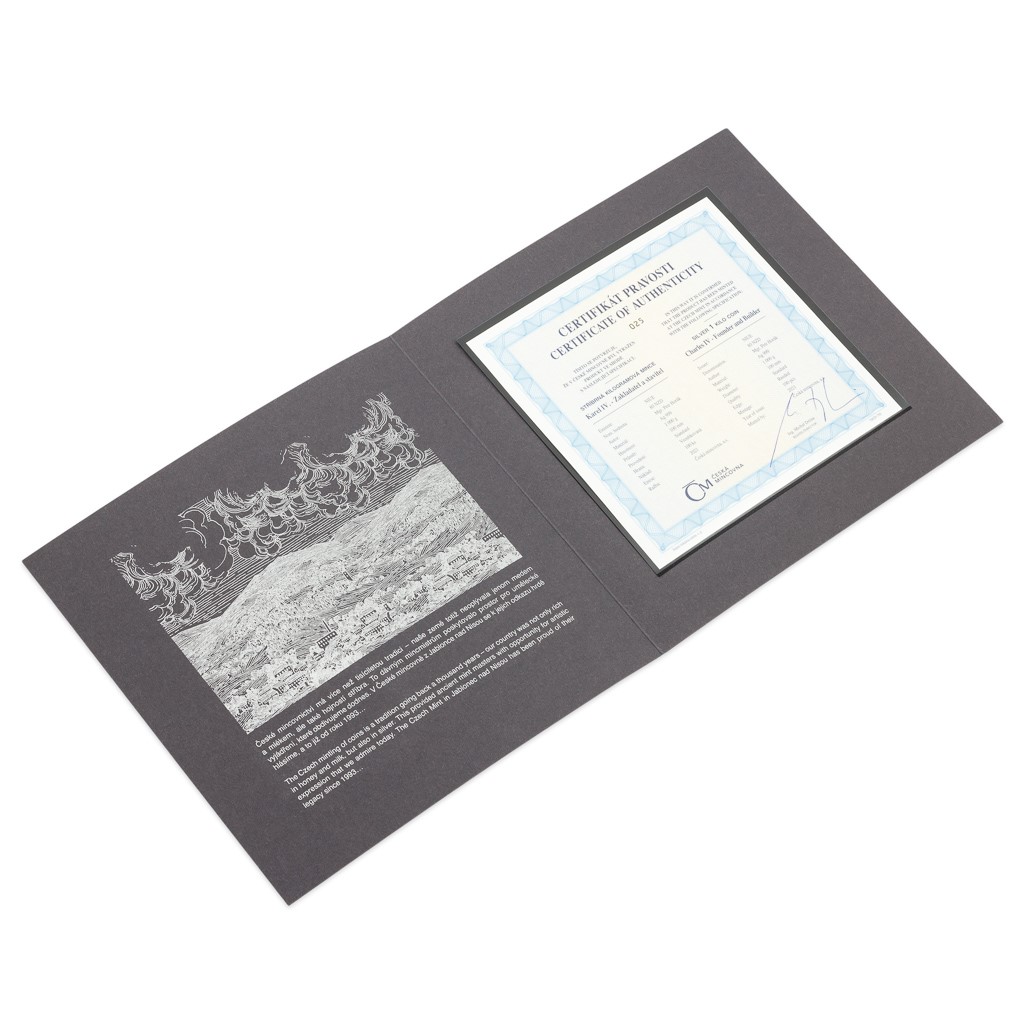 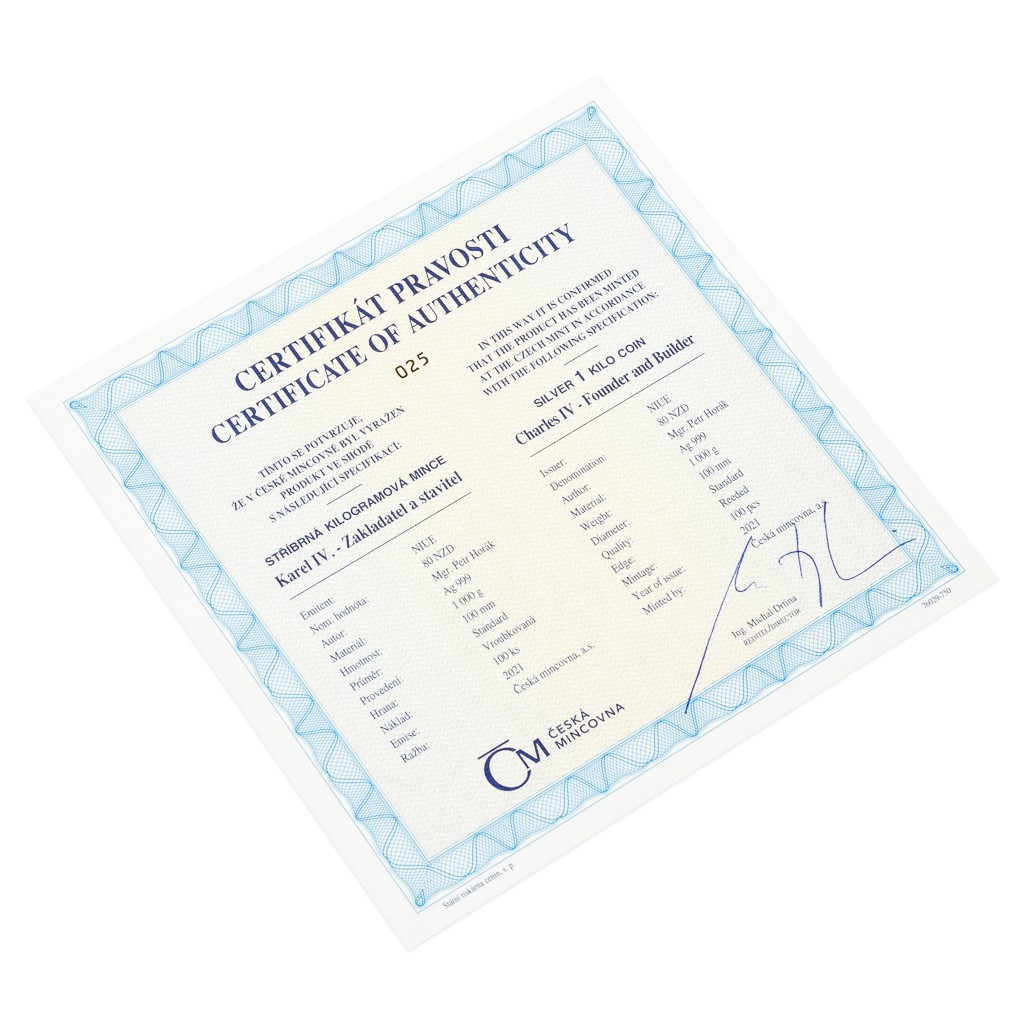 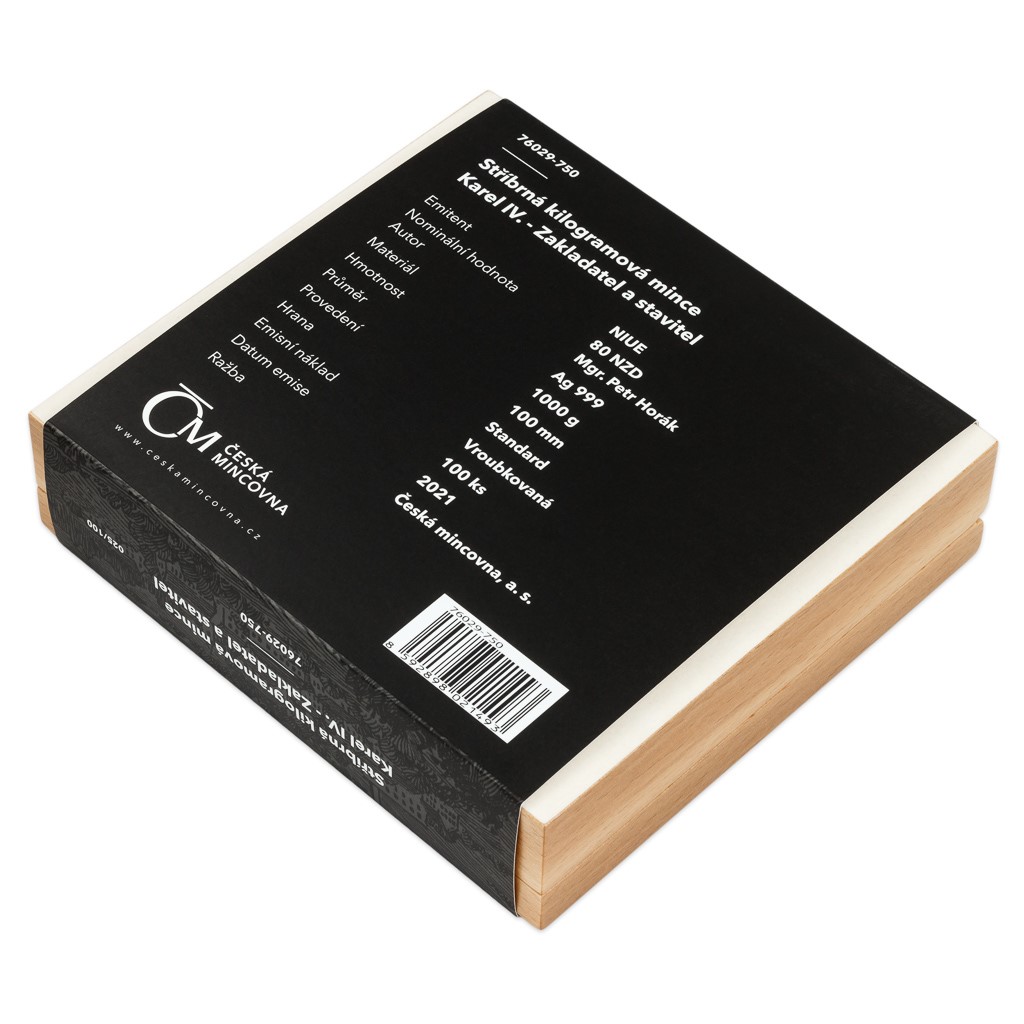 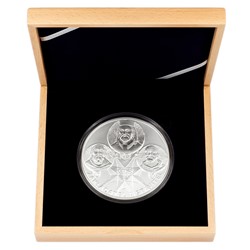 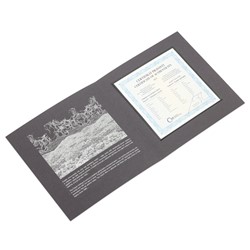 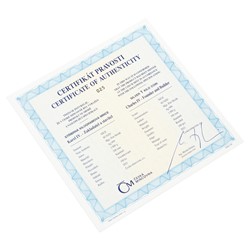 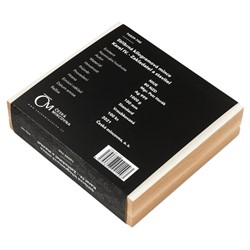