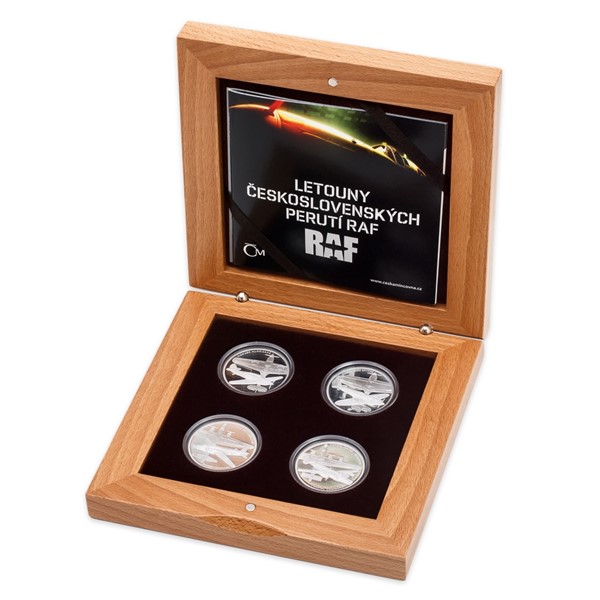 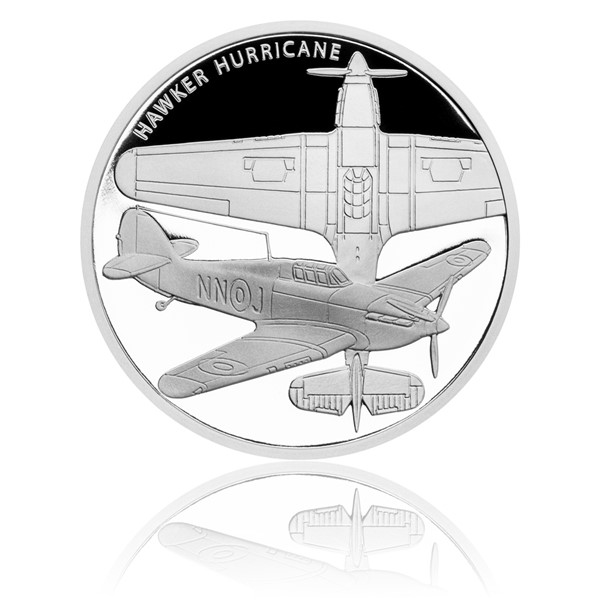 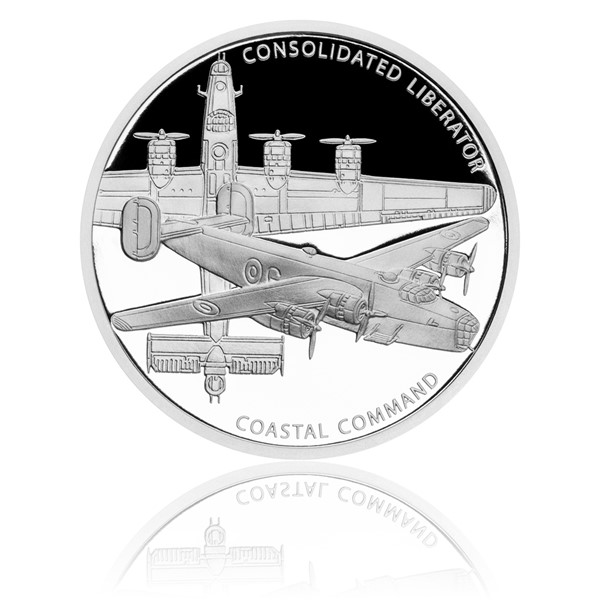 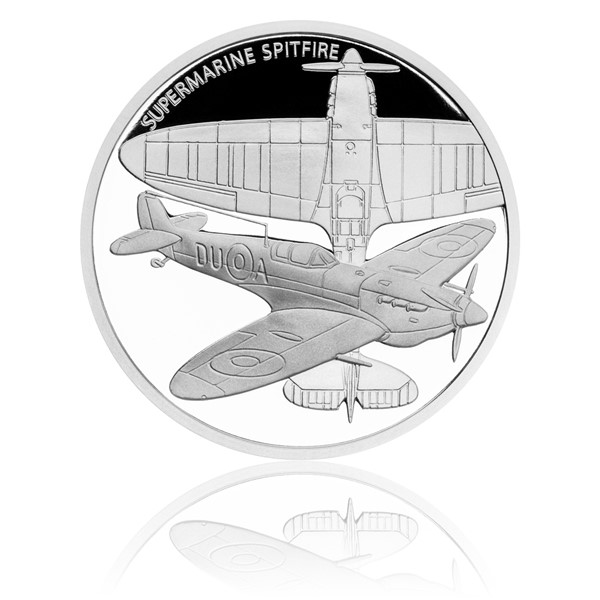 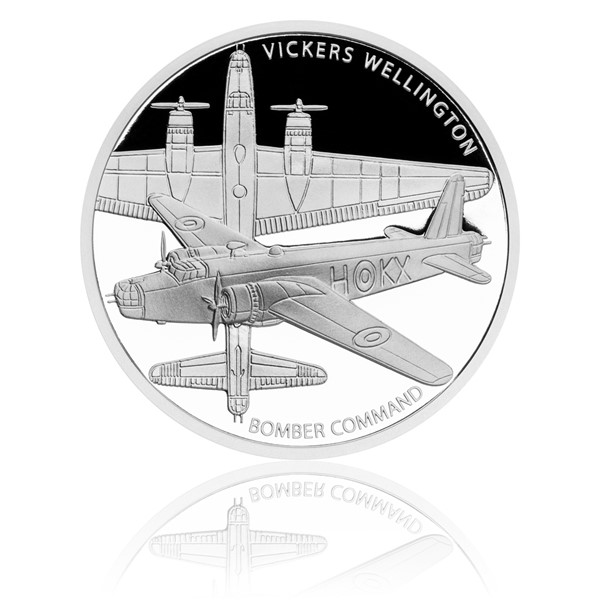 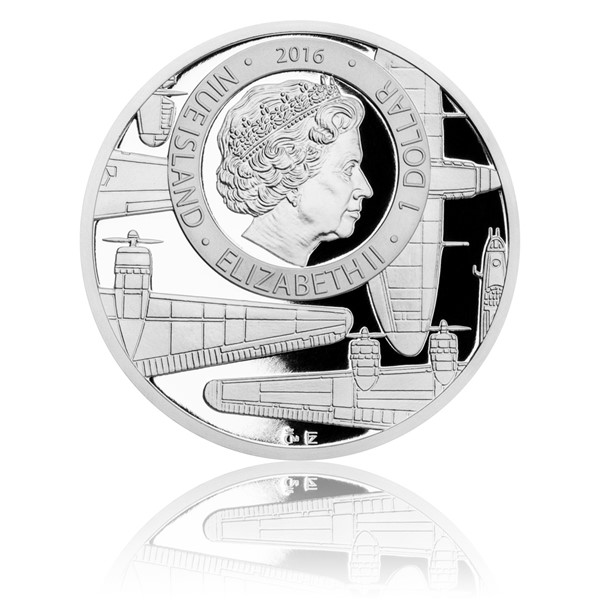 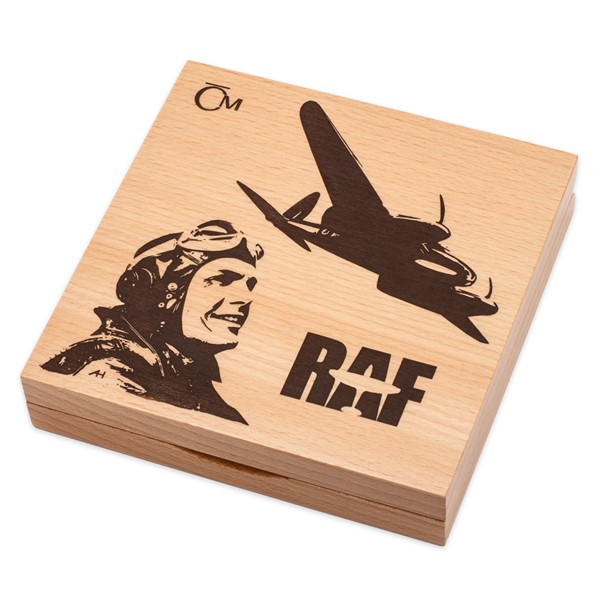 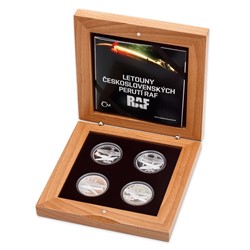 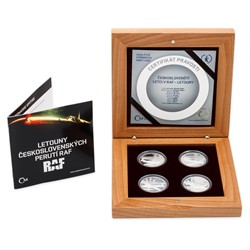 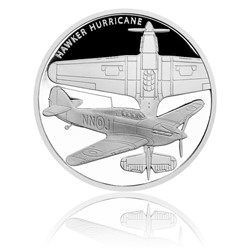 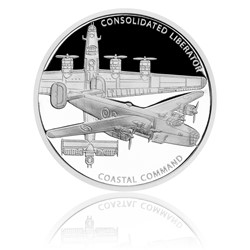 The first set from the cycle of Smart silver coins from the Czech Mint is called Czechoslovak airmen in the RAF. It pays tribute to the four squadrons of the British Royal Air Force, which brought together our fighters and crews of the bombers in exile. The second issue is dedicated to the aircrafts, whose wings faithfully served to our heroes in World War II.

With the release of this commemorative set connects an unusual airplane story. When Brigadier General Emil Boček, one of our last veterans serving in the RAF, during his visit to the Czech Mint, sighed, that since the end of World War II he never got to sit in his beloved fighter Spitfire. He had no idea, that the Czech Mint began to work on fulfilling his dream immediately. As early as half a year later, the 93-year-old general was on his way to the London Biggin Hill airport, which is famous for a largest concentration of functional Spitfires in the world. The veteran, after 71 long years, climbed into the famous cockpit and soared into the sky. To Britain, travelled with him the plaster models of the commemorative coins, so each set then holds a small piece of the fulfilled dream within.

As with the first set of coins from this cycle, the academic sculptor Zbyněk Fojtů took to the design process with great precision. His assistant became Ing. Jan Sýkora, the curator of the Military History Institute and also the expert guarantor, whose extensive treatise on military aircraft can be found in each set as a bonus.

The reverse sides of each coin bear a depictions of four aircrafts, that served our heavenly riders, from two different angles. The wiew of the engine in flight is accompanied by a schematic view from above and the name of the airplane, in case of the bomber also its operational classification.

HAWKER HURRICANE – The Hurricanes were inextricably linked with our pilots in the UK.

SUPERMARINE SPITFIRE – Our Fighter Squadrons gradually transferred from good old Hurricanes to the Spitfires. The timeless design of the legendary machines secured them a place in service long after the 2nd World War, including the nascent Czechoslovak Air Force.

VICKERS WELLINGTON – One of the most widely used bombers by the Czechoslovak airmen in the 311th Bomber Squadron, which became a part of BOMBER COMMAND. With its help our men in the UK transferred the the fight to the enemy's territory for the first time.

CONSOLIDATED LIBERATOR – Our Bomber Squadron came into contact with the Liberators within COASTAL COMMAND, where patrolled and eliminate the danger of attack on the British coast by enemy submarines and other vessels.

All four coins have a common obverse side. It consists of a mosaic of different parts of the aircrafts, accompanied by the attributes of the issuer of the coins, which is the Pacific island Niue – the portrait and name of ruler of the Commonwealth Elizabeth II., the nominal value of 1 DOLLAR (NZD) and the year of issue 2016.

The four coins together with a thematic booklet are stored in an elegant wooden etue.

Its engraving shows the bomber de Havilland Mosquito - "Wooden Wonder", who served our night airmen during the war. 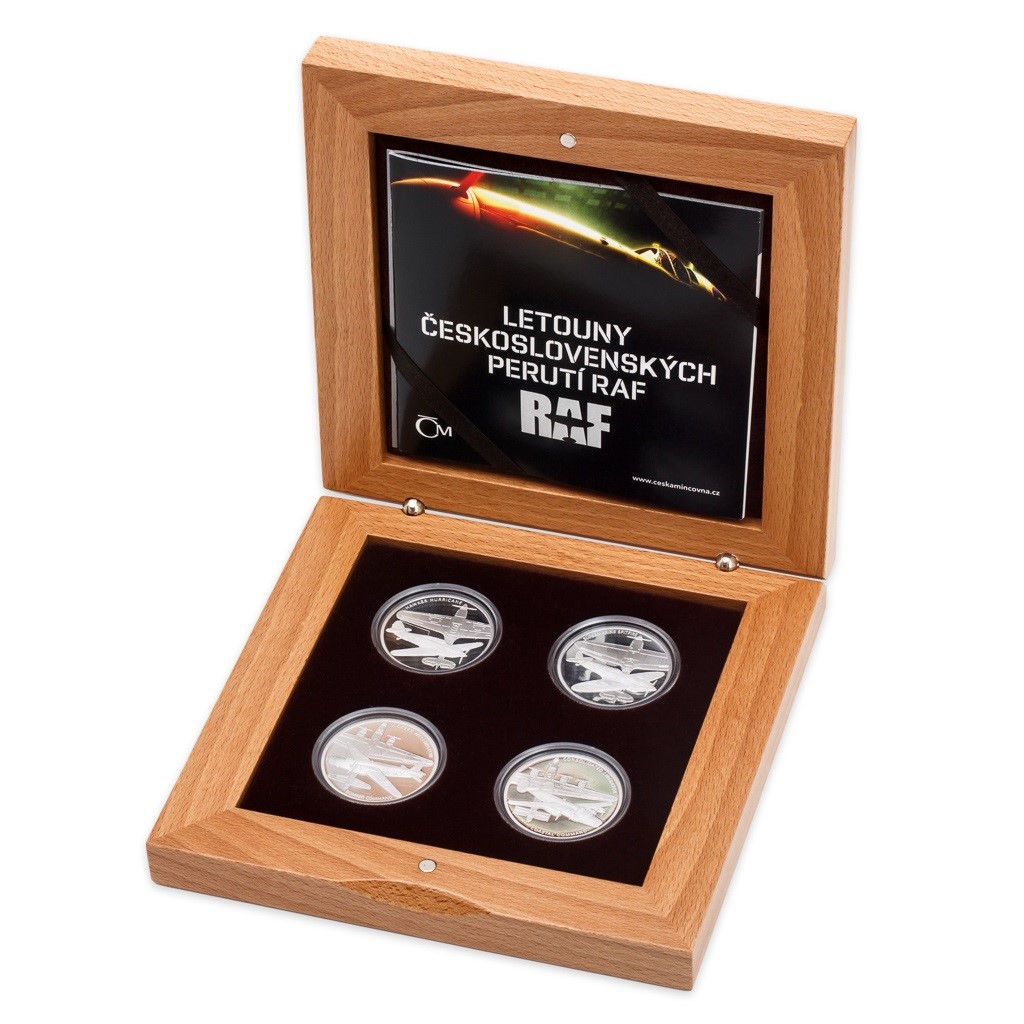 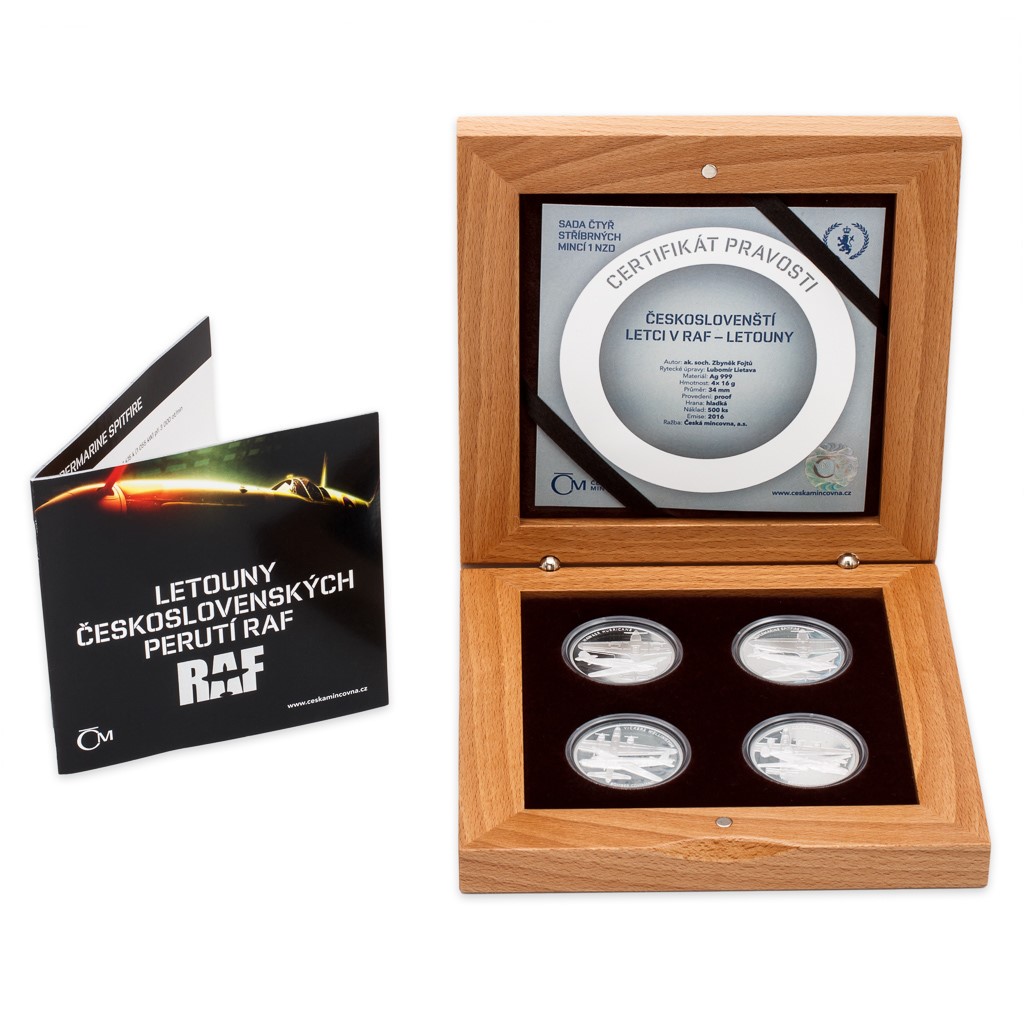 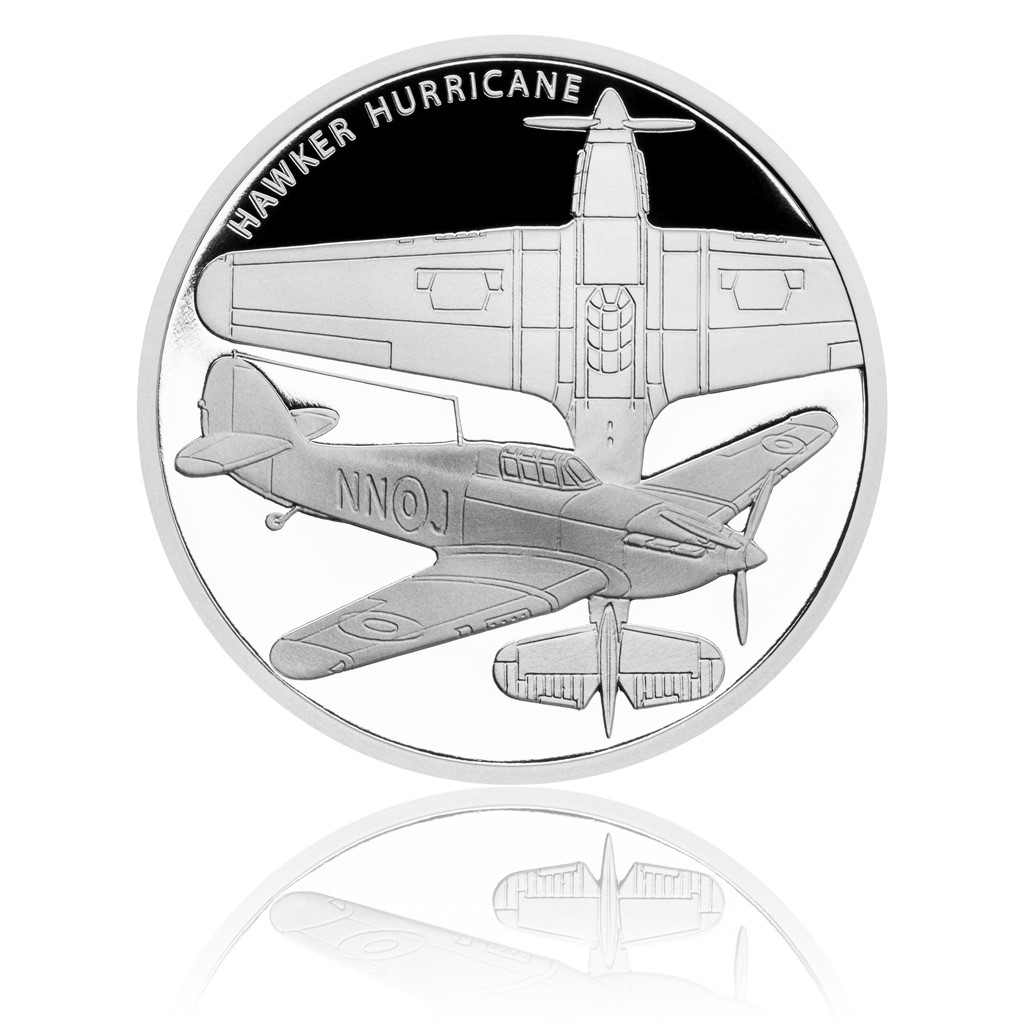 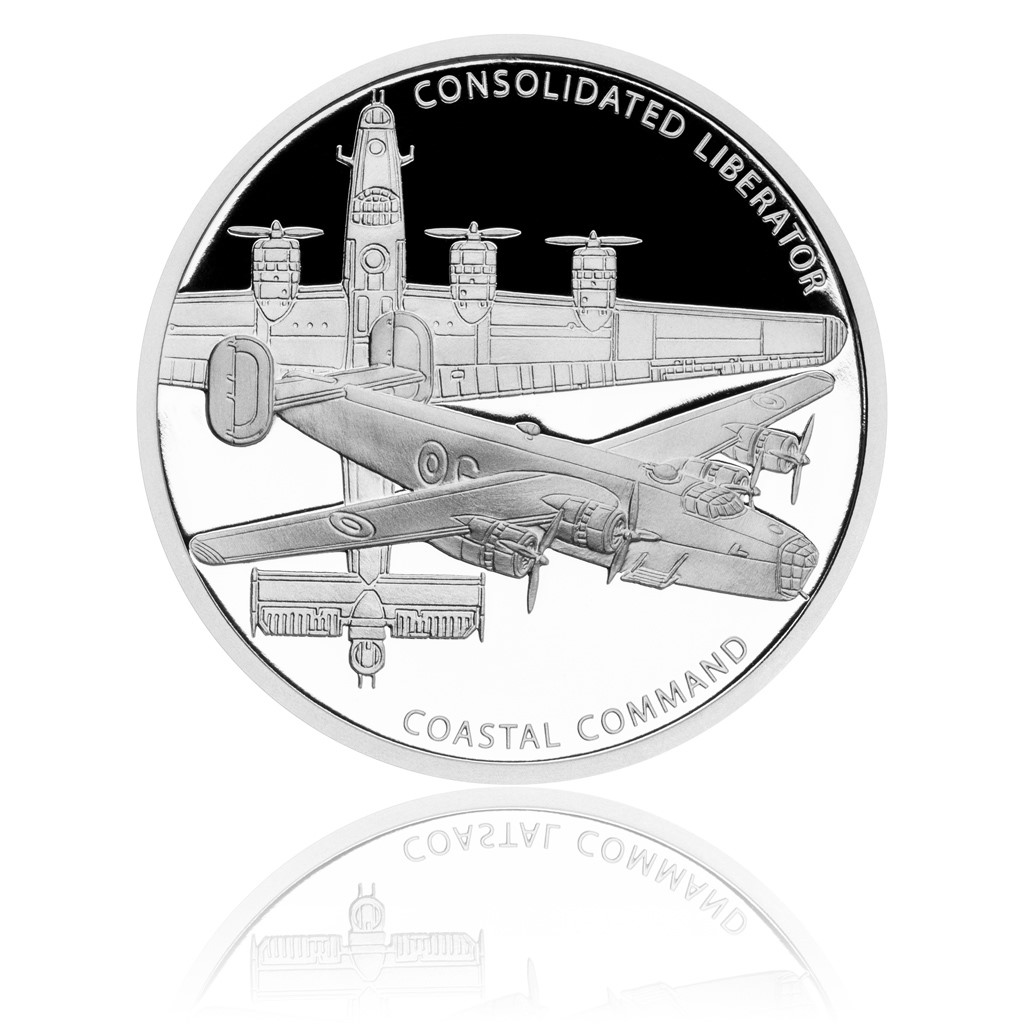 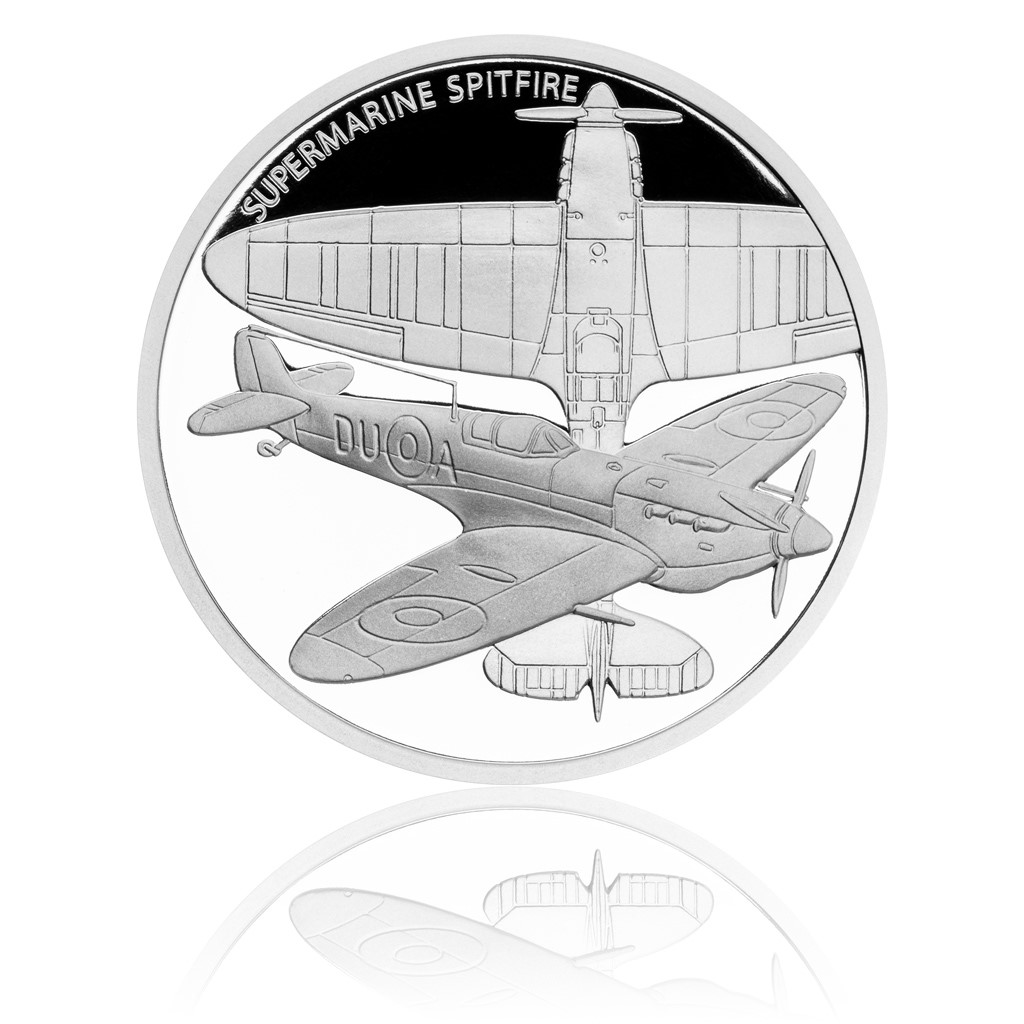 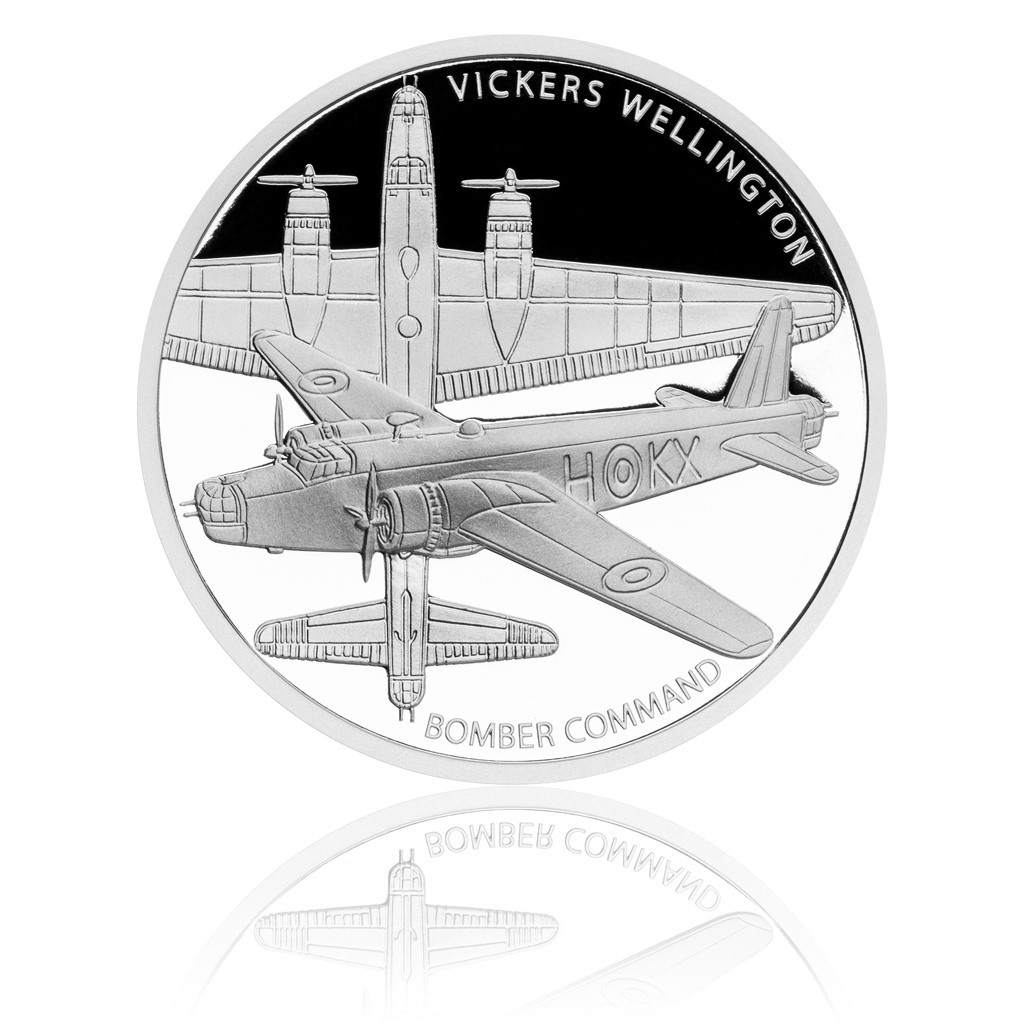 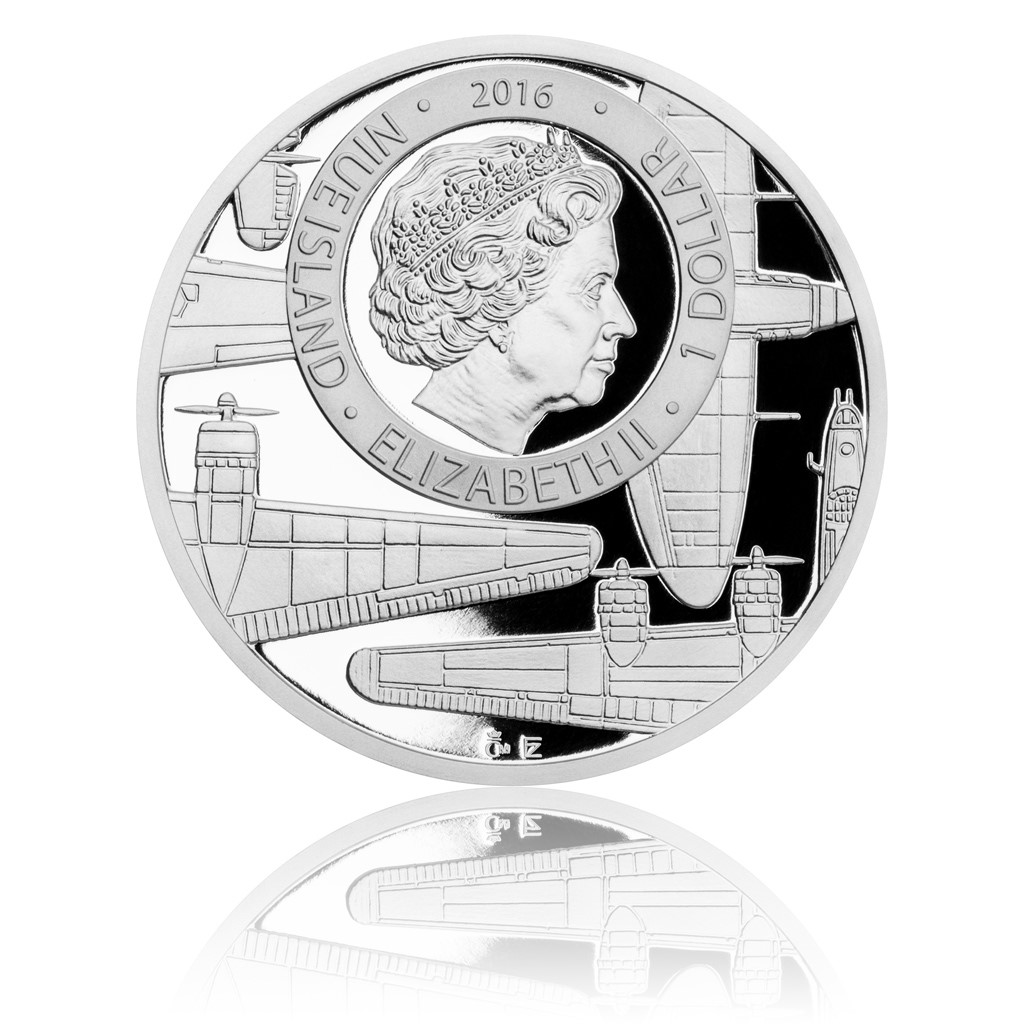 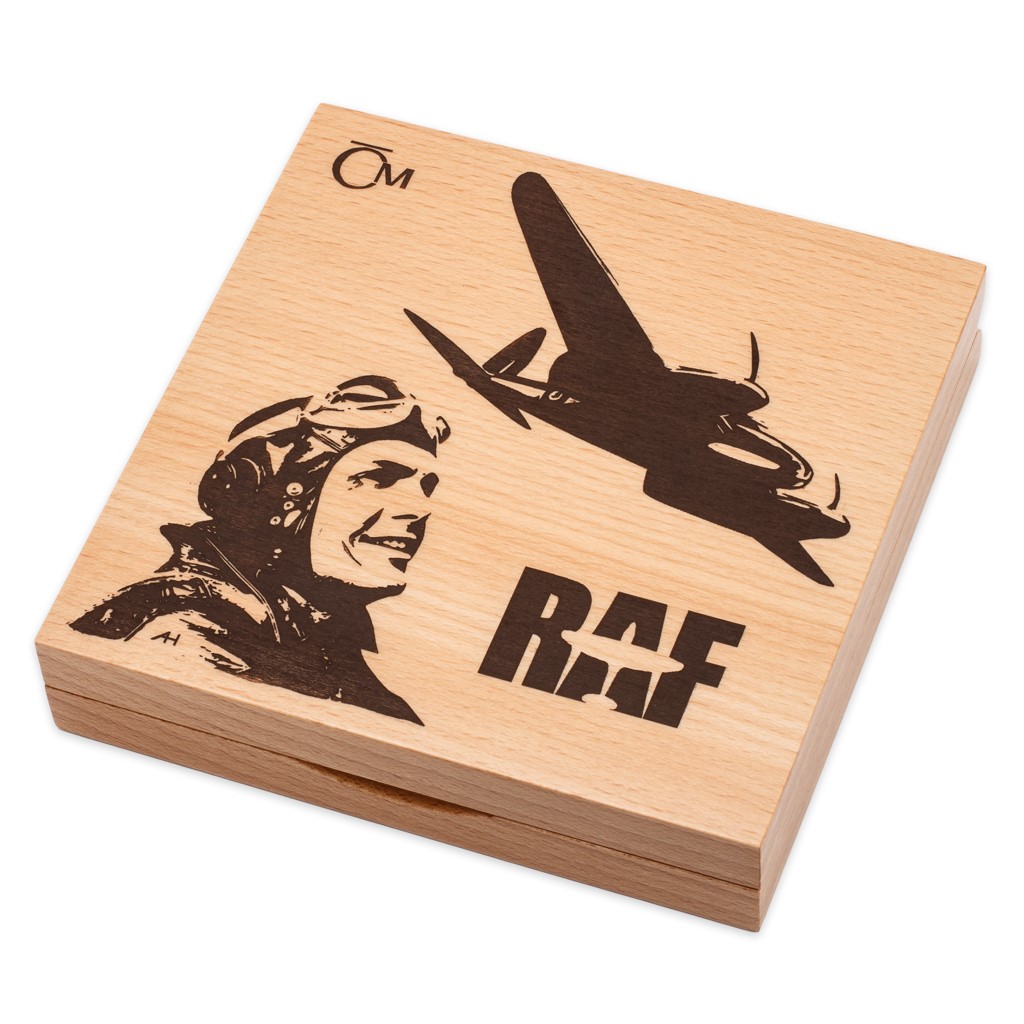 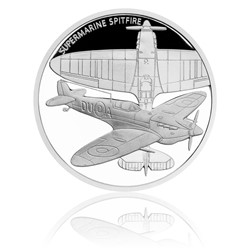 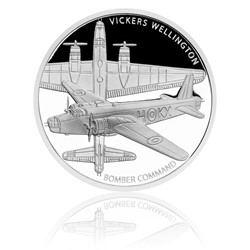 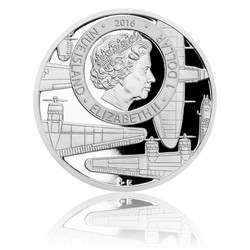 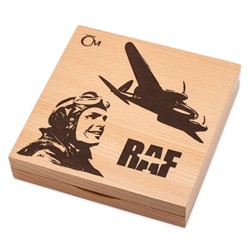