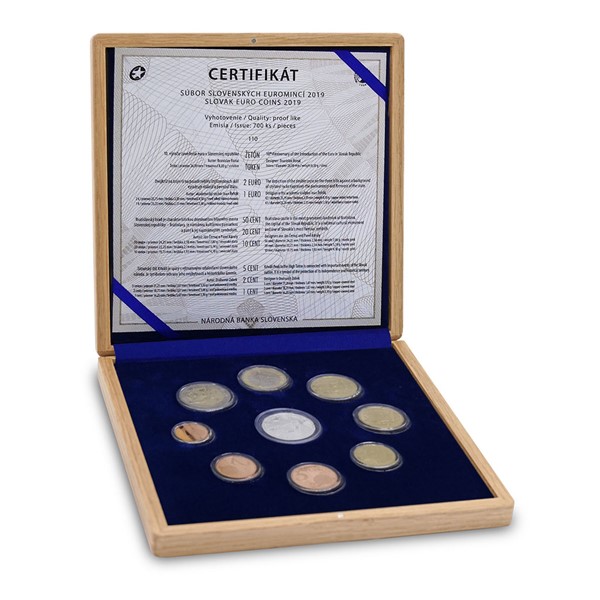 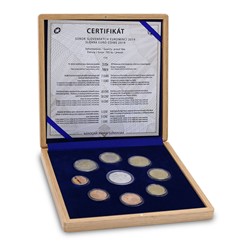 Stock state
Sold out
Sold out

The set of Slovak euro coins minted in proof-like quality was created in 2019 to the occasion of the 10th anniversary of the introduction of the euro in Slovakia.

The euro, which is used by over 300 million Europeans, is, together with the US dollar, the most important representative of the world monetary system. The foreign exchange form of the euro area's common currency was created in 1999, but its physical currency form was not put into circulation until 2002. At that time, the former currencies were discontinued in the early euro area countries and Europe ceased to use the Belgian franc, the Finnish mark, the French franc, the Irish pound, the Italian lira, the Luxembourg franc, the German mark, the Dutch guilder, the Portuguese escudo, the Austrian shilling, the Spanish peseta and the Greek drachma. Other countries are gradually joining the euro area and Slovakia that used the Slovak crown becomes the sixteenth member on 1 January 2009. For the Slovaks, this was one of the most important milestones of economic and social transformation in the post-revolutionary years...

In the set you will find all valid euro circulation coins issued by the National Bank of Slovakia in 2019 and minted by the Slovak Mint Mincovňa Kremnica. The nominal values are 1, 2, 5, 10, 20 and 50 c and €1 and €2, which are supplemented with a silver commemorative medal to mark Slovakia's entry into the eurozone.

The set is placed in a wooden case. 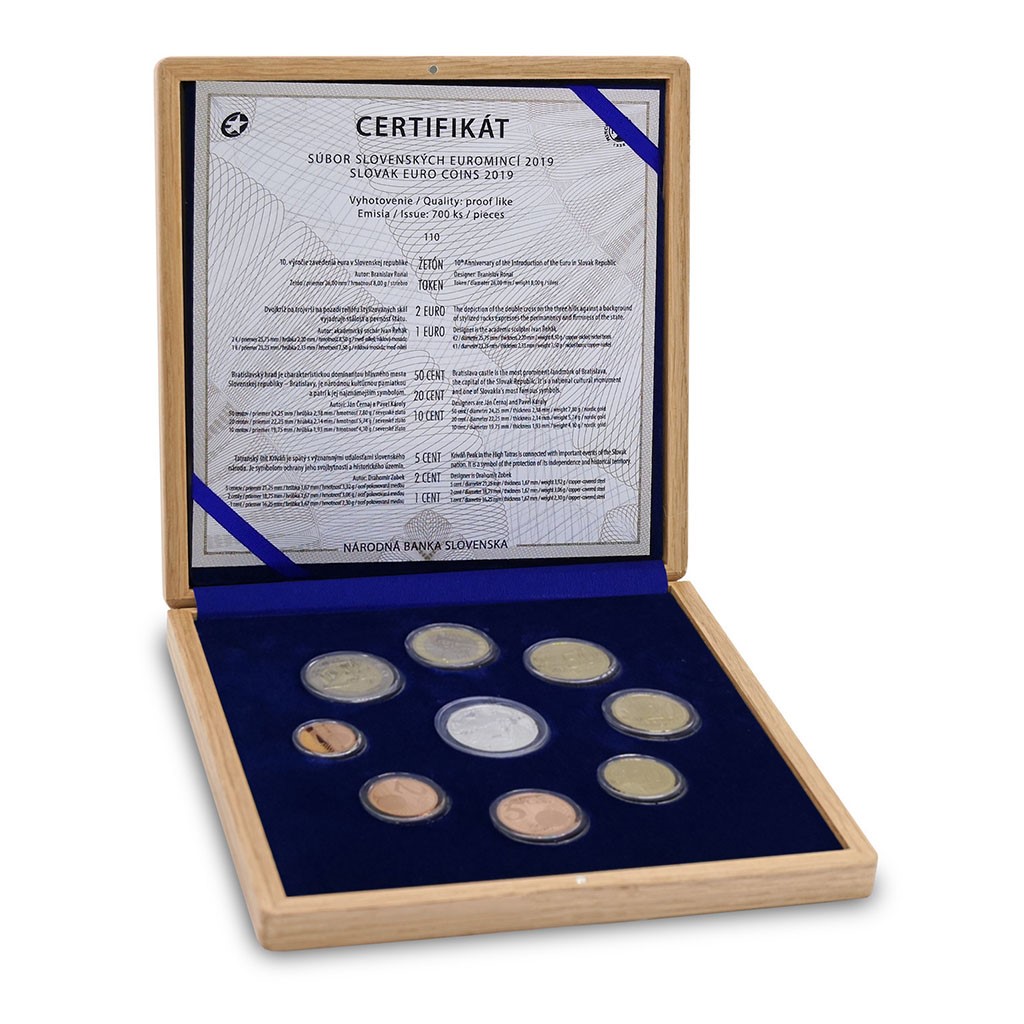