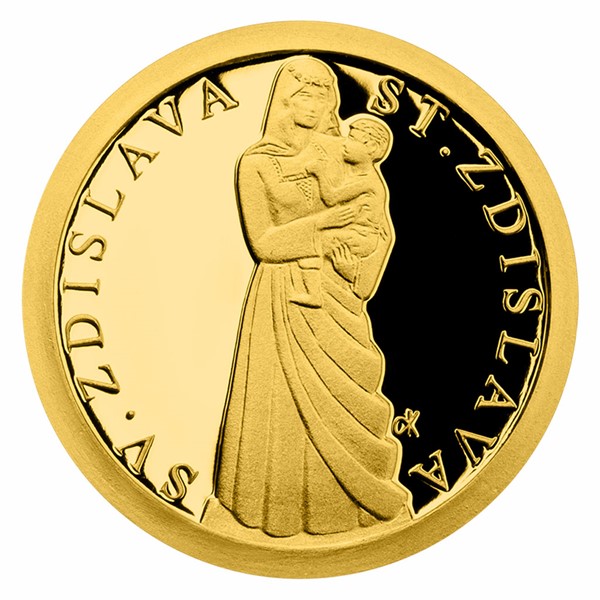 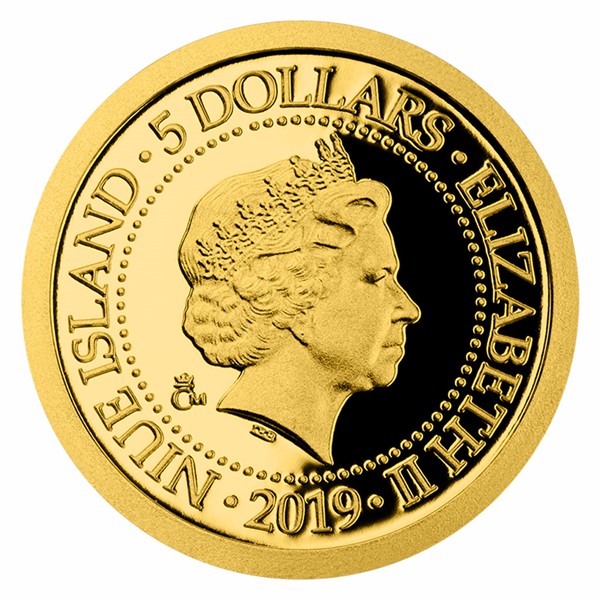 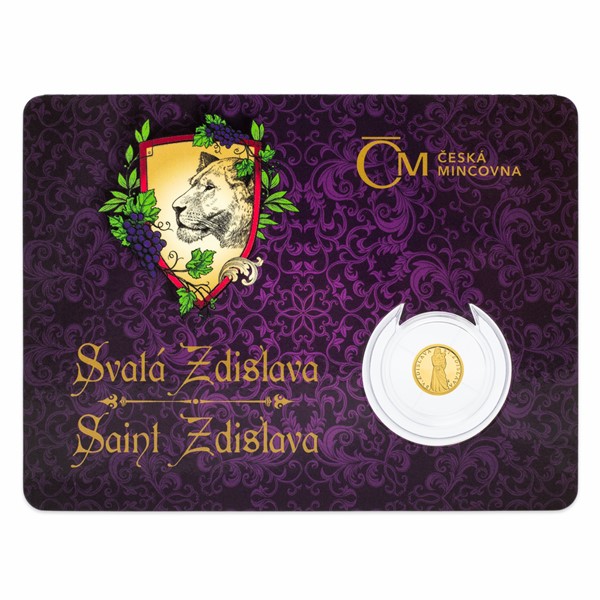 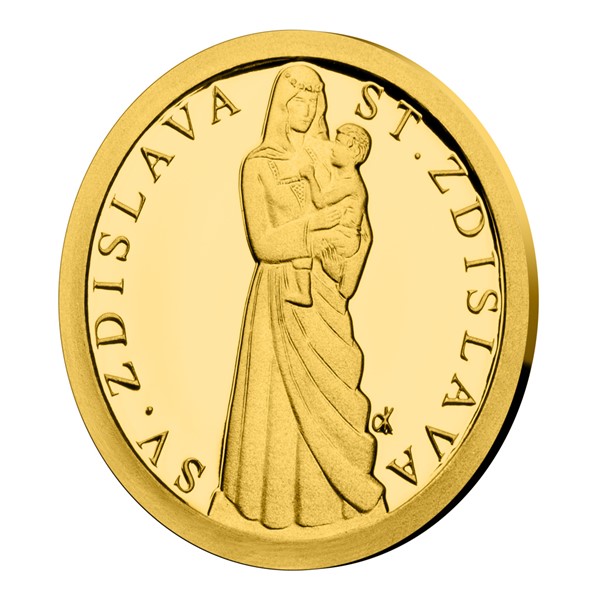 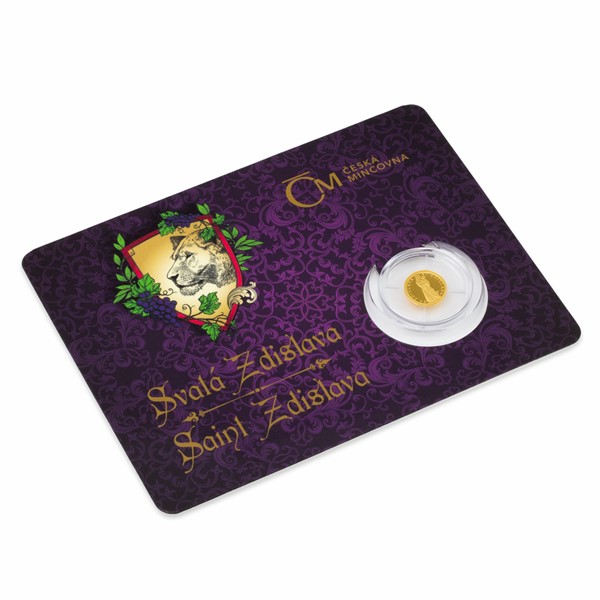 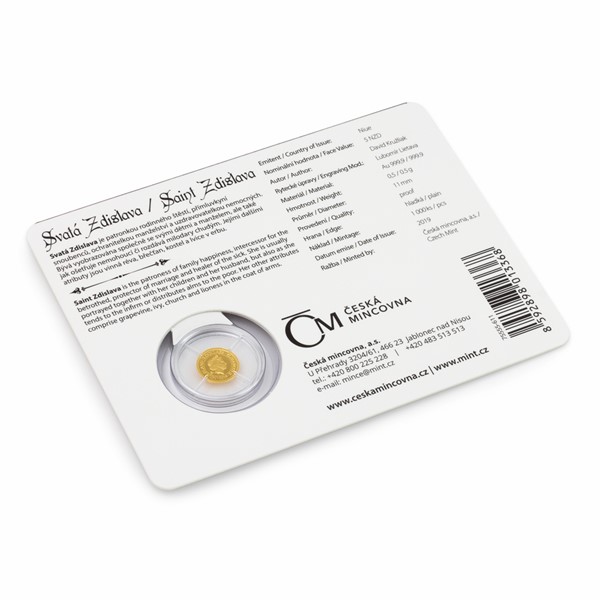 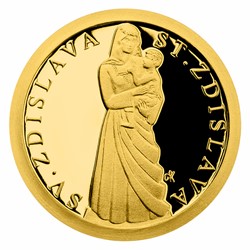 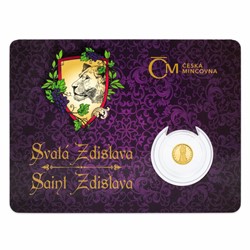 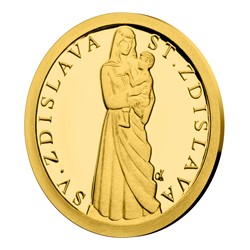 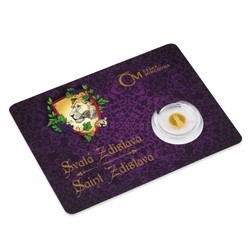 The Czech Mint has introduced the Patrons cycle including the Roman legionnaire Florian, who watches over the firefighters and Barbara, the daughter of a merchant from Asia, who protects the miners. The czech noblewoman St. Zdislava appears on gold minicoins weighing a half of a gram.

St. Zdislava protects family happiness, intercedes with the fiancé, protects the marriage and heals diseases. She is depicted together with her children and husband, but also when she treats the infirm people or gives charity to the poor. Other attributes are vines, ivy, church and lioness in the coat of arms. But we do not know much about the life of Zdislava of Lemberk, who was declared holy in 1995, because it is difficult to distinguish reality from legends. She lived in a harmonious marriage with Havel from the Markvartic family, and gave birth to four children - Havel, Margaret, Jaroslav and Zdislava - and worked conscientiously as a noblewoman. She managed to secure the castle during the rebellion against Wenceslas I, when her husband fought for the king. Her mission, however, was to care for the family and people in need – the poor, the sick, and the victims of the war, which she compared to the suffering of Christ.

Reverse side of the coin was processed by the medal maker David Kružliak and presents the figure of St. Zdislava - wearing period dress and one of her children in her arms. The scene is surrounded by a Czech-English inscription SV. ZDISLAVA - ST. ZDISLAVA. The obverse side bears the name and the portrait of Queen Elizabeth II., the year of the issue 2019 and the nominal value of 5 DOLLARS (NZD), which means the attributes of Niue island that provides the Czech Mint with the license to coin its own coins.

The gold coin is set in a special czech-english packaging, which represents the patron. It will serve as a good luck charm, a gift and an original addition to the collection. 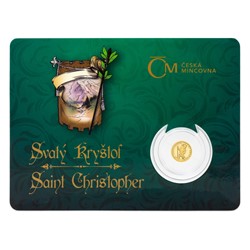 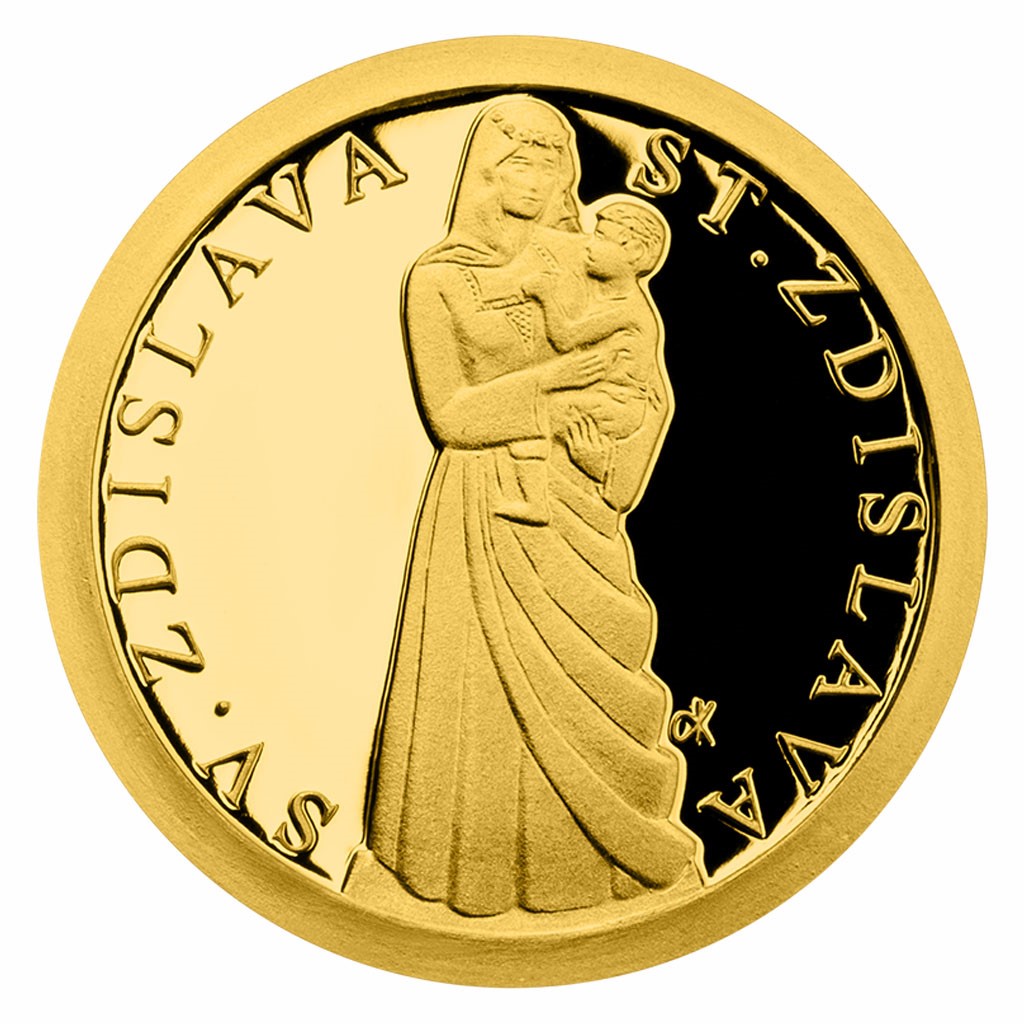 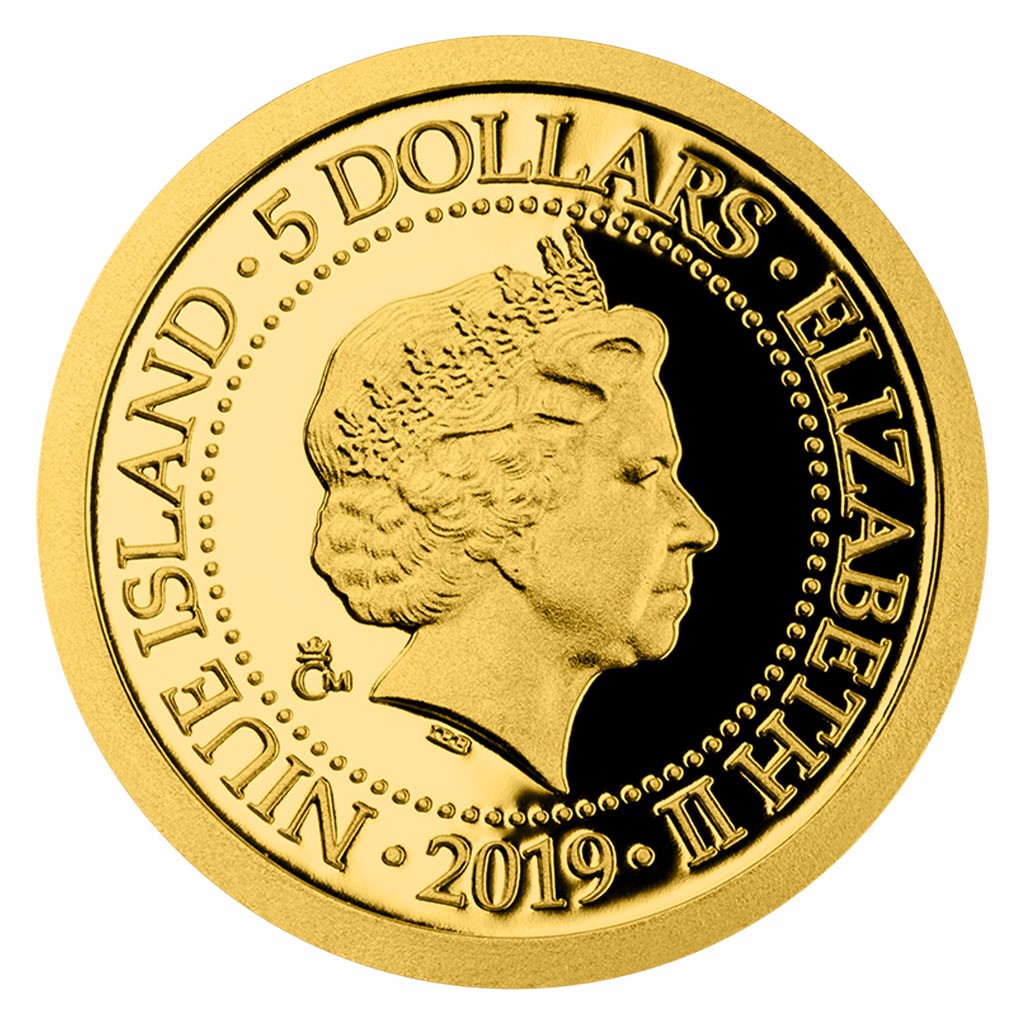 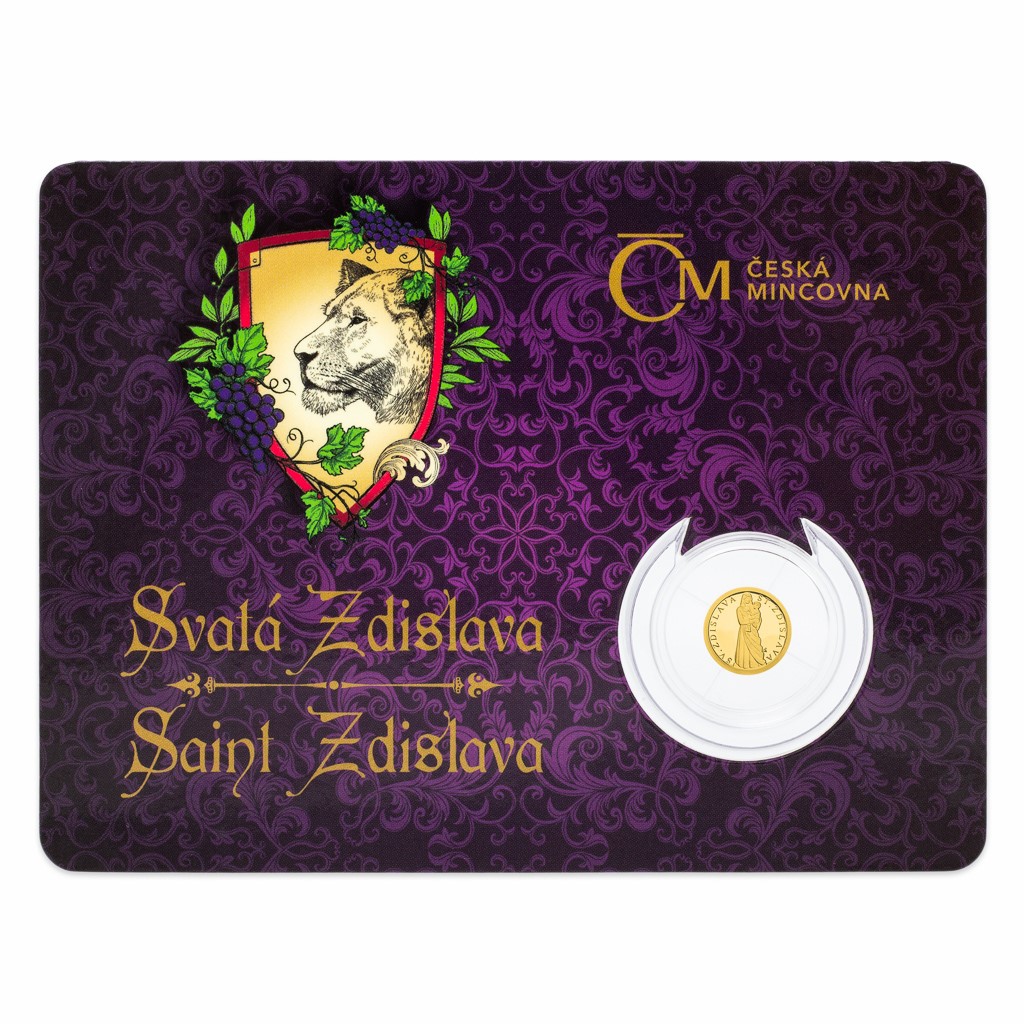 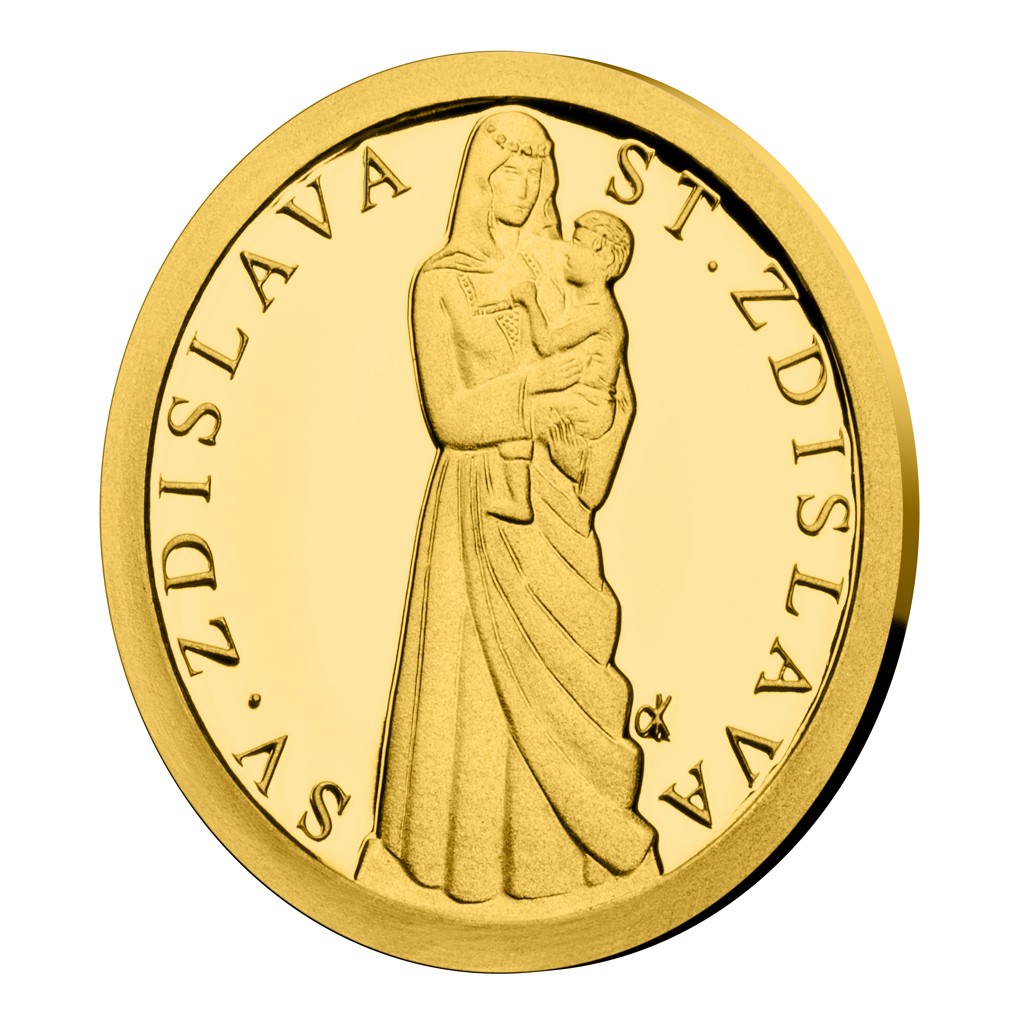 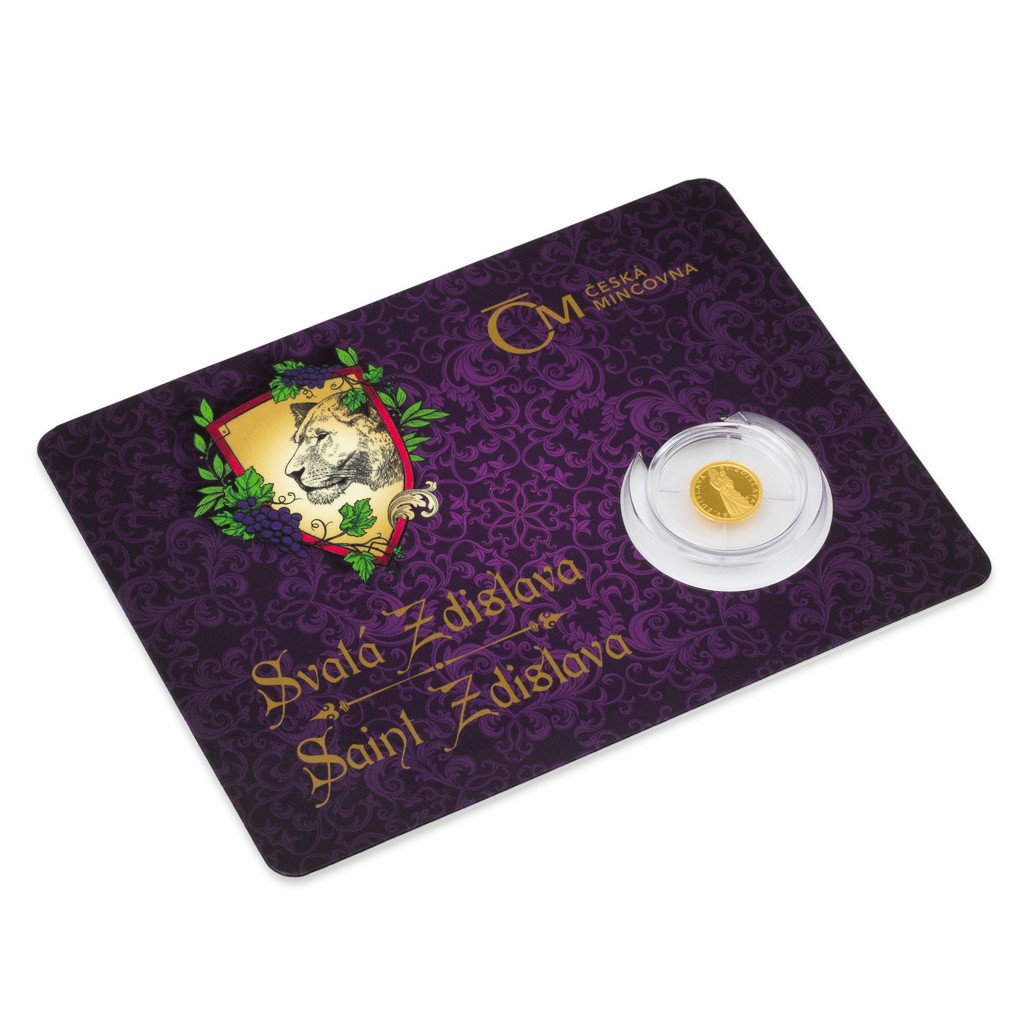 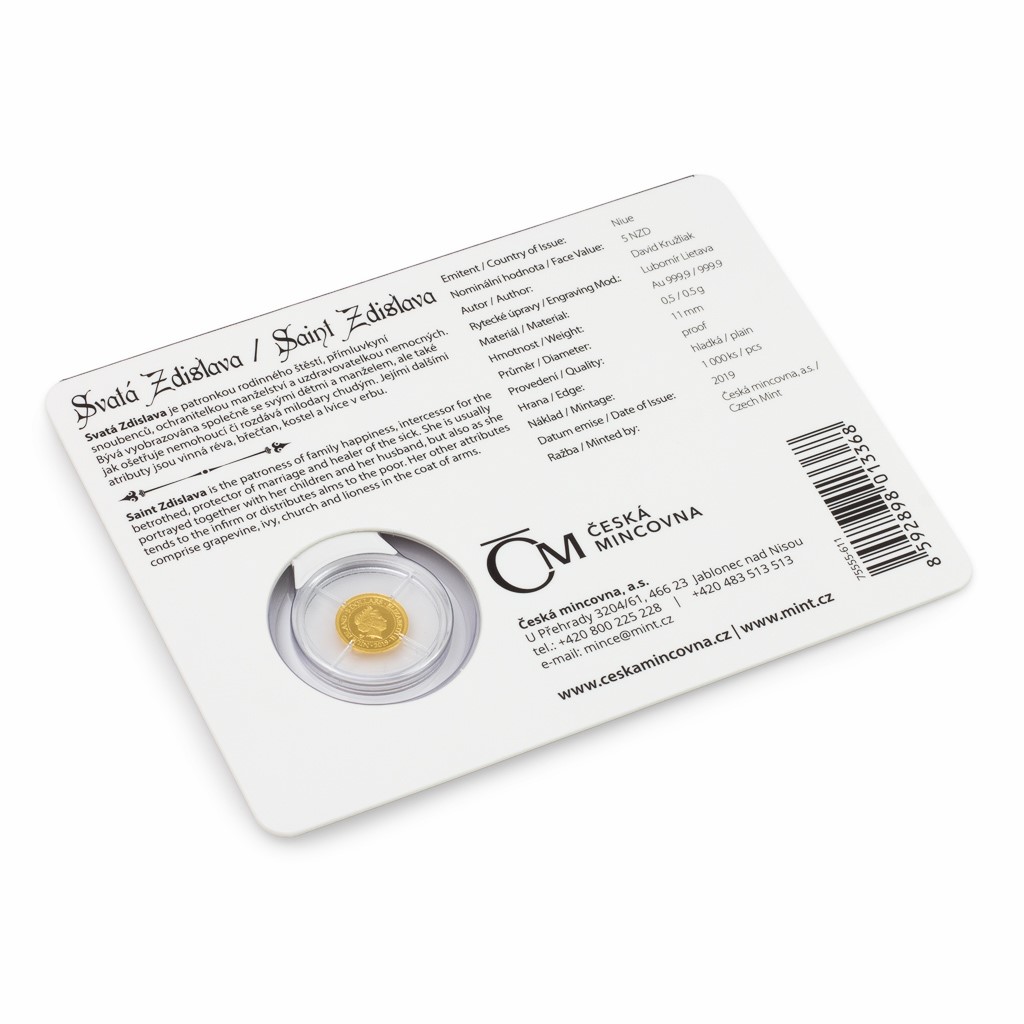 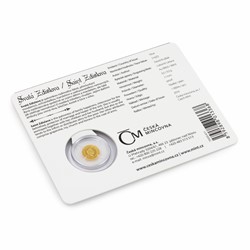