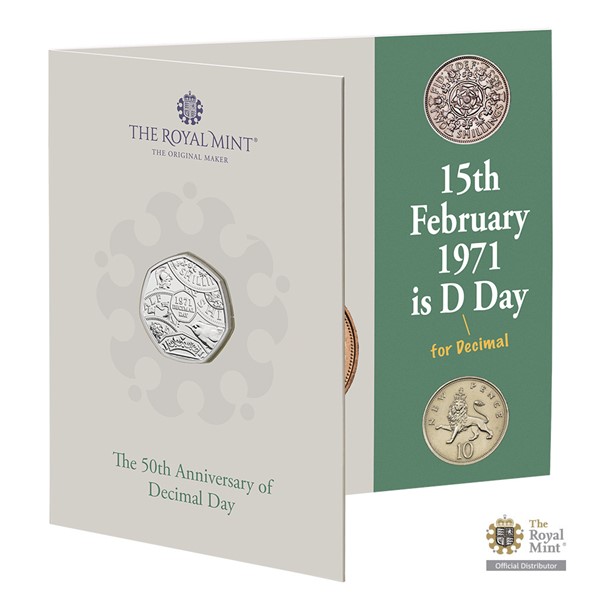 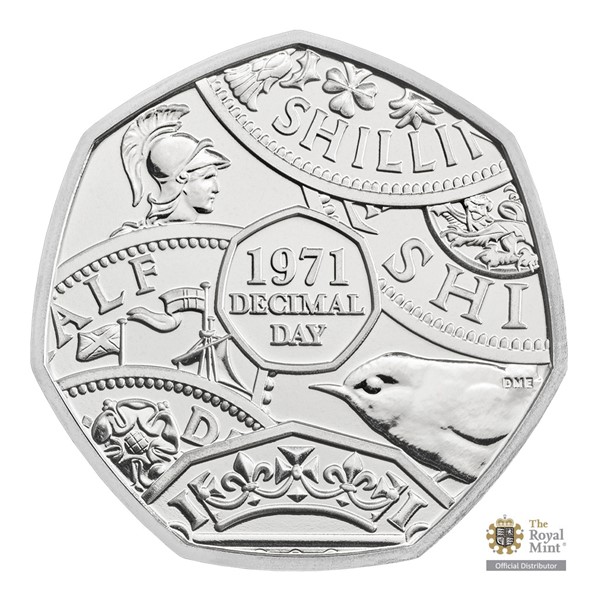 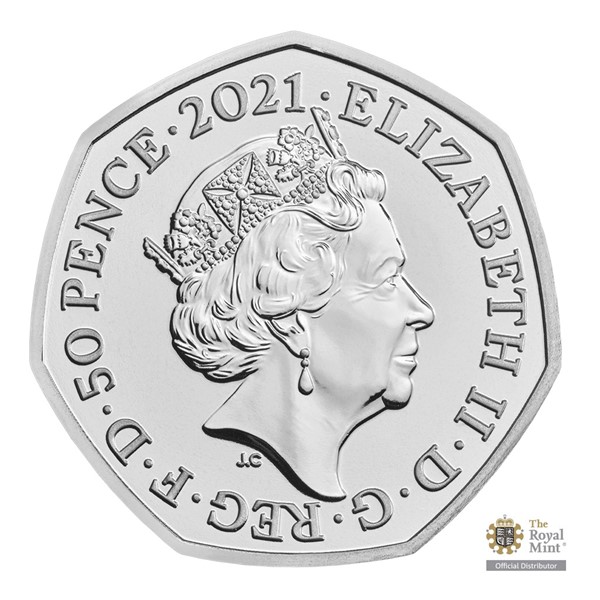 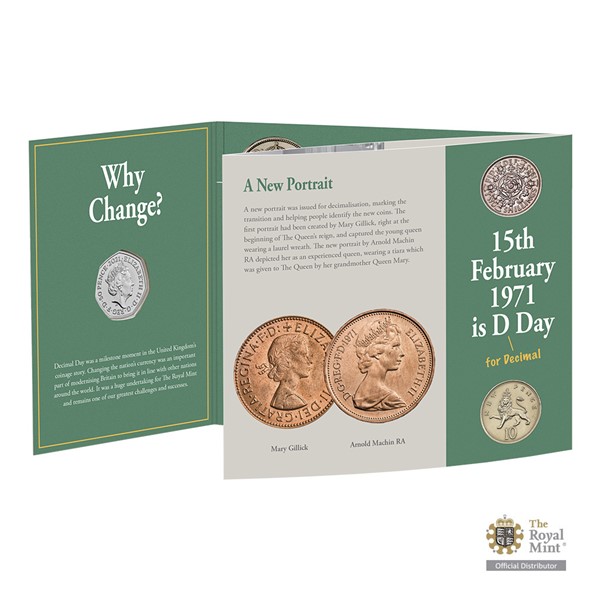 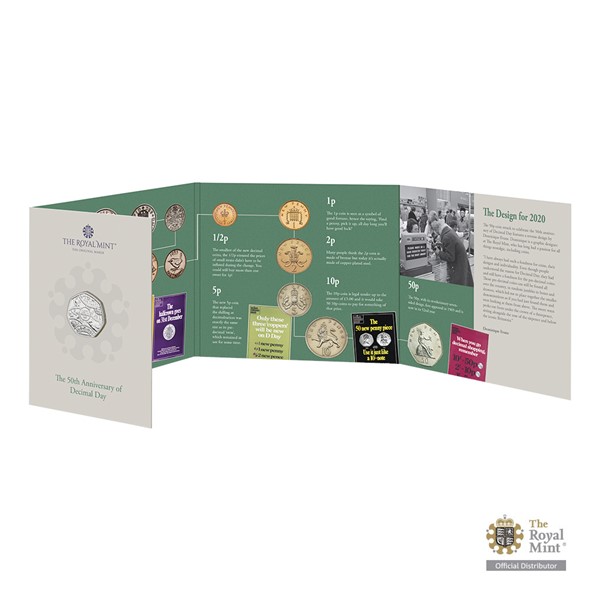 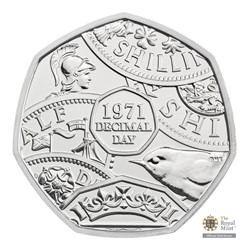 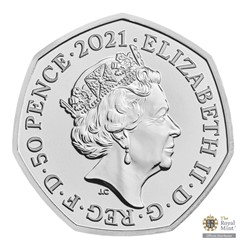 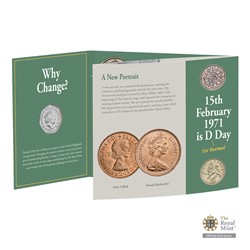 The Royal Mint's commemorative coin commemorates the 50th anniversary of a day that had a pivotal influence on British coinage, known as Decimal Day.

The first coins in the British Isles were produced by the ancient Celts, decades before AD. Therefore, it is not surprising that the history of British currency is not only extremely rich, but also very complicated. Today we take it for granted that money refers to the decimal system, which means that one larger monetary unit is divided into a hundred smaller ones. European countries began to use this model in the 18th century, but in the UK efforts to make a change that would facilitate international trade stumbled. Thus, as late as the 20th century, the British still had to count and use twelve different types of archaic coins, including pounds, pence and shillings, but also guineas, crowns and farthings. For example, one florin was equivalent to two shillings, two shillings and six pence added up to half a crown, a whole crown was worth five shillings and a guinea was worth one pound and one shilling. This was changed only on 15 February 1971, when the so-called Decimal Day was proclaimed. Since then, one pound has been divided into one hundred pence...

The reverse side of the commemorative coin, designed by Dominique Evans, presents segments of several coins used in the United Kingdom before 1971. These include the florin, shilling, sixpence, threepence, penny, halfpenny and farthing. The inscription in the centre of the reverse side states 1971 DECIMAL DAY. The obverse side of the coin is then dedicated to the attributes of the issuer - i.e. the portrait of Queen Elizabeth II, the text ELIZABETH II D G REG F D (Elizabeth II, by the Grace of God, Queen, Defender of the Faith), the nominal value of 50 PENCE (GBP) and the year of issue 2021.

The commemorative coin, minted from base metal, is stored in special packaging full of photographs and interesting facts about British currency (in English). 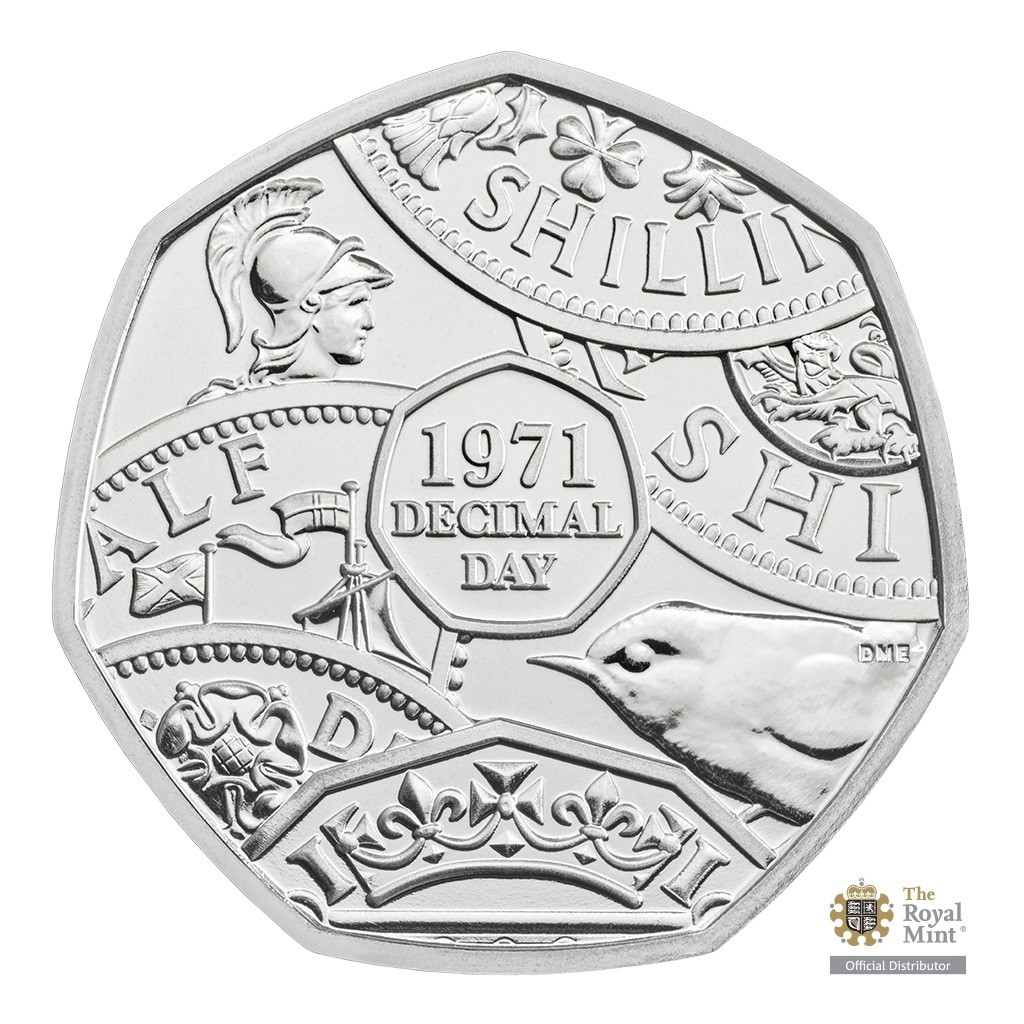 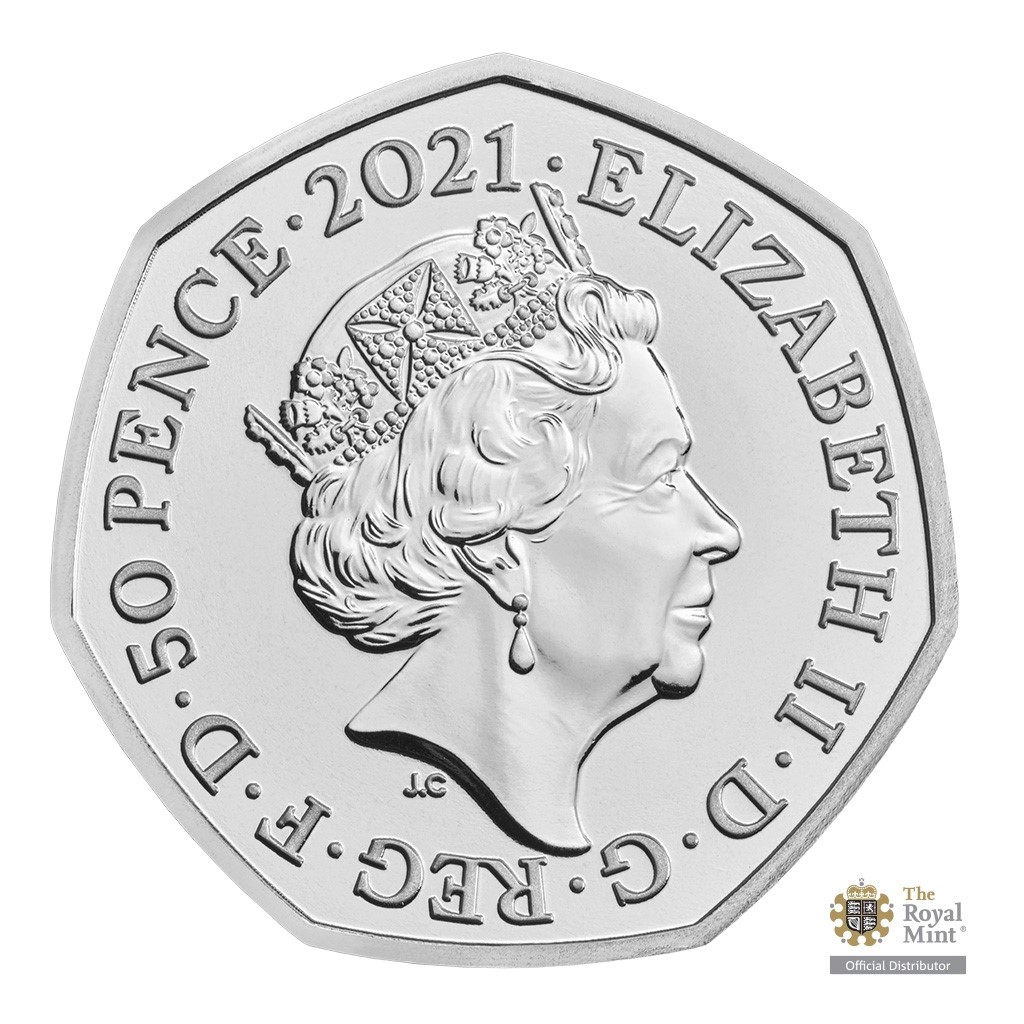 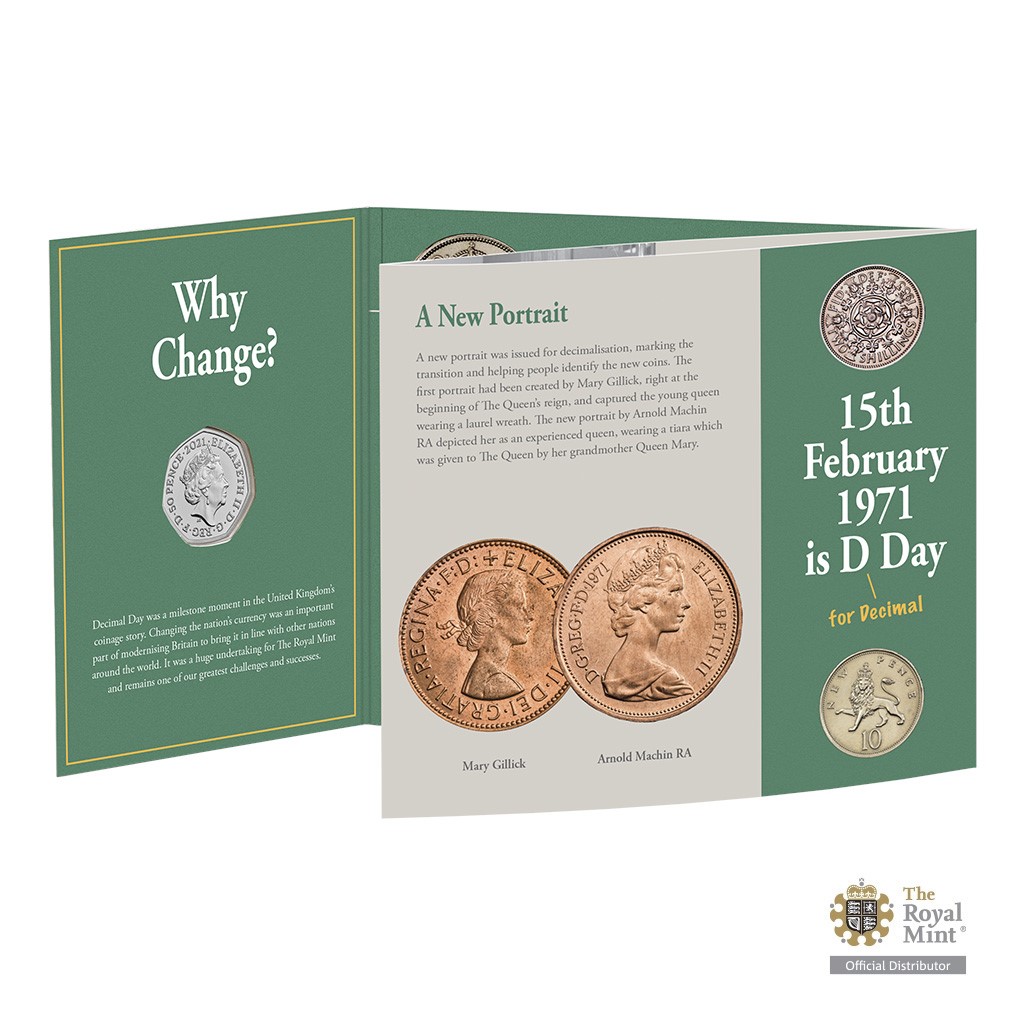 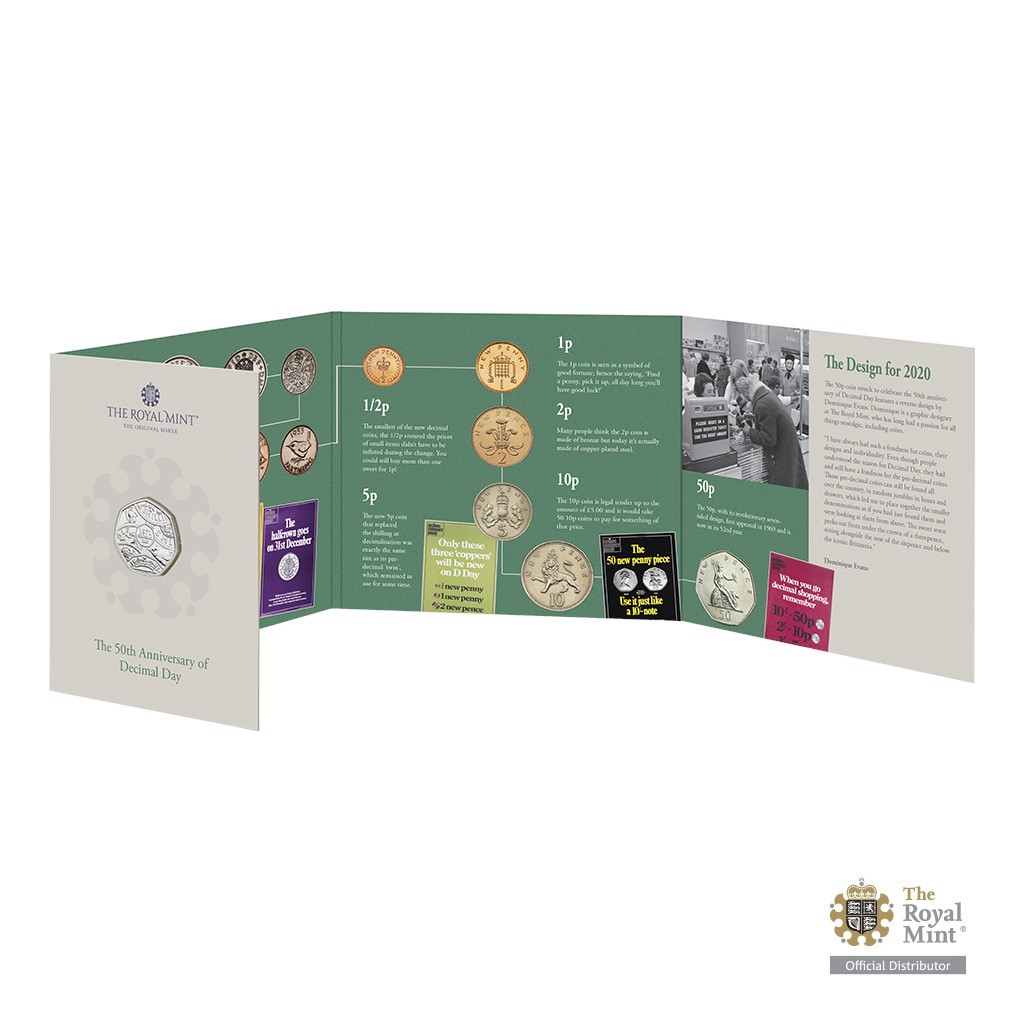 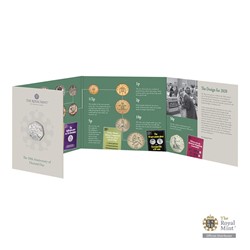