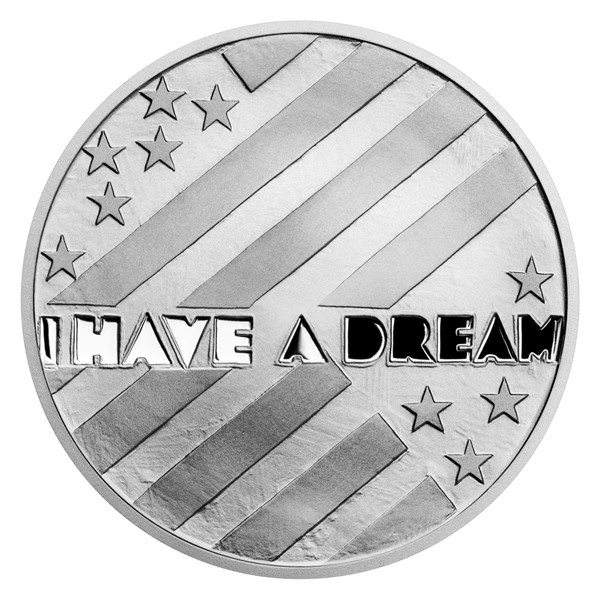 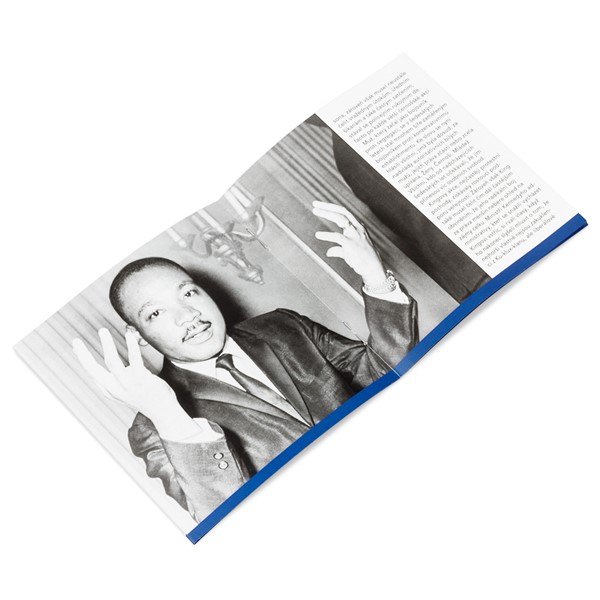 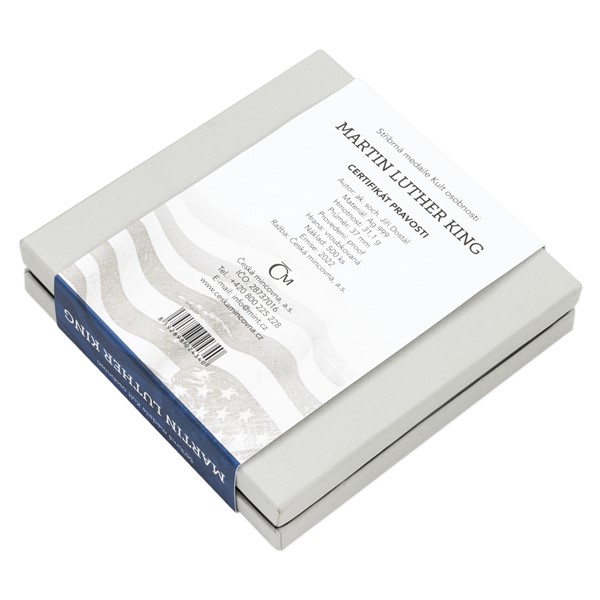 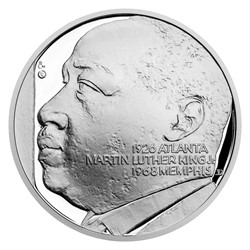 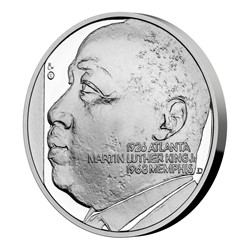 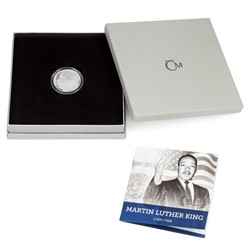 The admired figure of Martin Luther King appears on the third silver medal of the Czech Mint from the series called Cult of Personality.

The United States of America was built on the ideals of freedom and equality. However, these rights, which we take for granted, did not apply to everyone - as late as the first half of the 20th century, African Americans had to endure humiliating oppression at the hands of their white fellow citizens. But then came the 1950s, and members of an oppressed race ran out of patience. When a black woman was arrested for not giving up her seat on a bus to a white man, protests against segregation laws erupted. African-American groups launched a boycott of public transportation, and chose a young man named Martin Luther King as their leader. The Alabama Baptist minister, who earned doctorates in philosophy and theology, went on to become a leading figure in the all-American civil rights movement within a decade. Following the example of Mahatma Gandhi, he preached a method of militant non-violence that contrasted sharply with the brutality of the racists. He was an unrivalled public speaker who, through his experience in the church, was able to captivate his audience, and his 1963 "I have a dream" speech has gone down in history. Dr. King then described his vision of an America free of racial prejudice to a crowd of a quarter million, which spurred the U.S. government into action. The following year, the president signed a law that banned discrimination in employment and education, and the year after that, African Americans gained full voting rights. Martin Luther King, who was also a vocal critic of the Vietnam War and US imperialism, was recognised with the Nobel Peace Prize. Who knows how his fight for equal rights would have continued had it not been prematurely ended by a rifle shot...

The obverse side of the medal, which is the work of academic sculptor Jiří Dostál, presents a characteristic portrait of Martin Luther King accompanied by his name and life dates. The reverse side is dominated by the central phrase of King's most famous speech, I HAVE A DREAM, which is supported by fragments of the American flag.

A special supplement is an integral part of the issue, offering an objective view of Martin Luther King through the eyes of historian Pavel Kosatik. 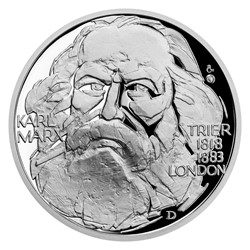 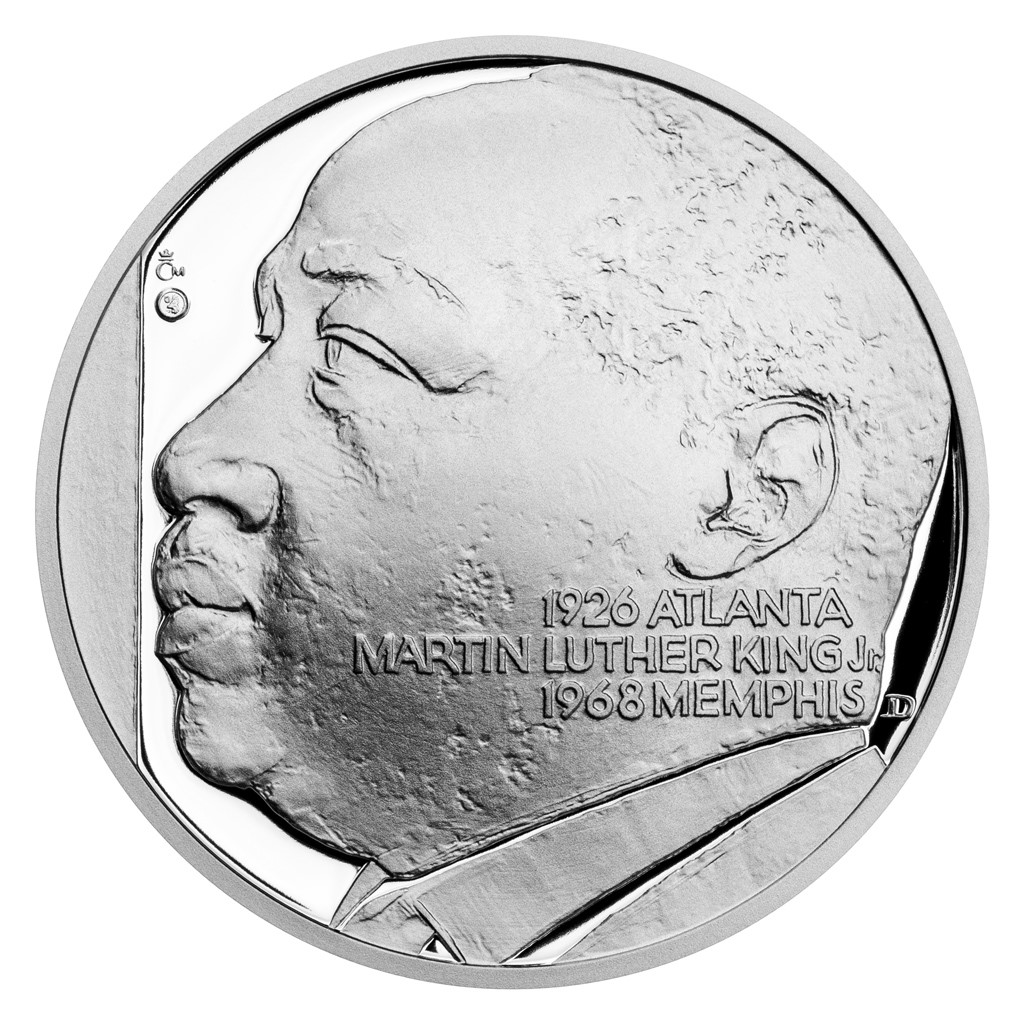 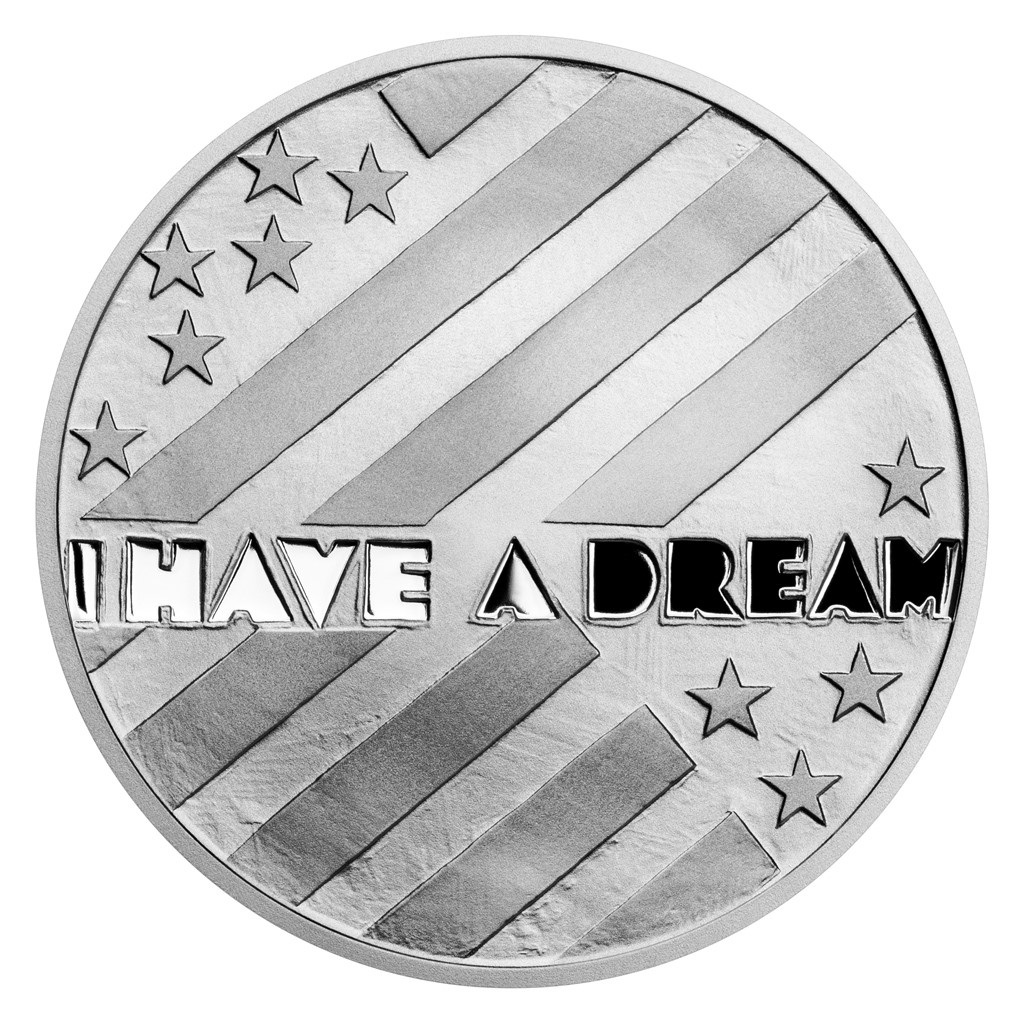 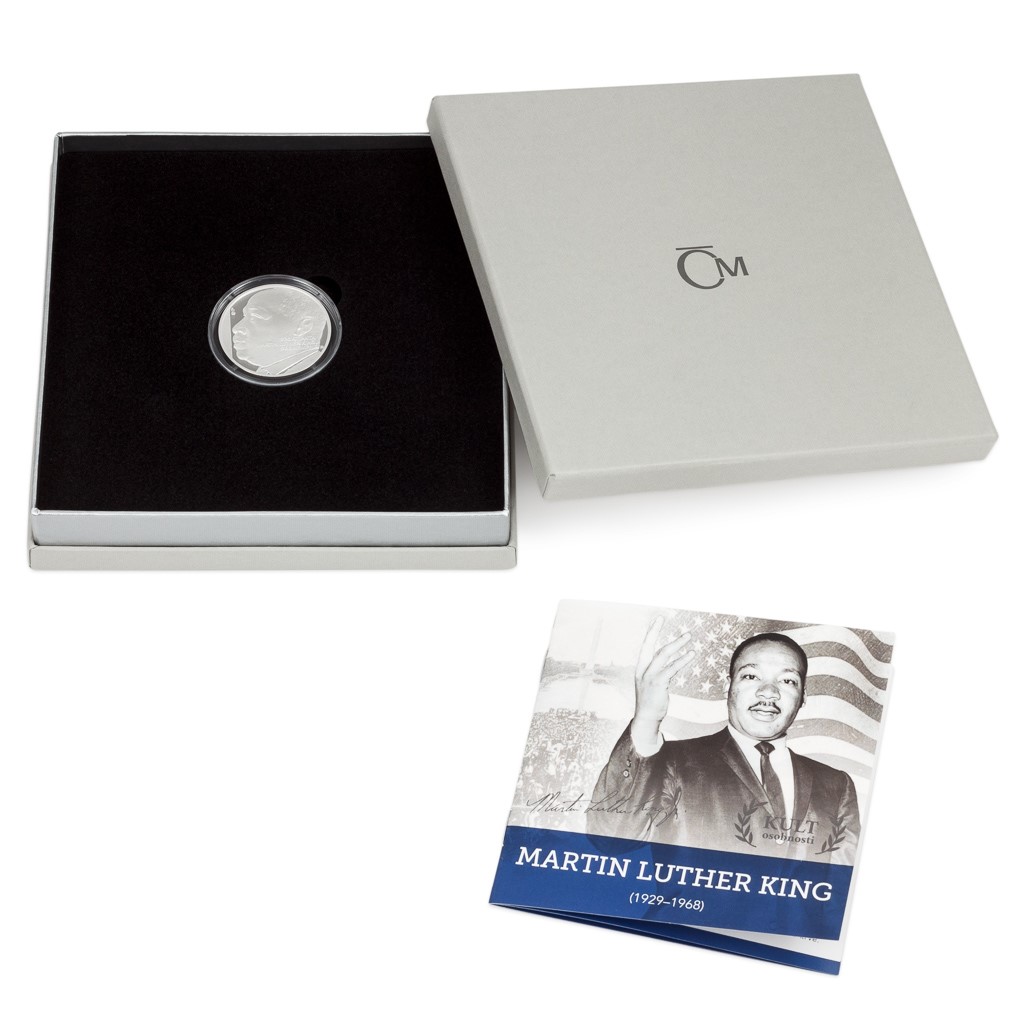 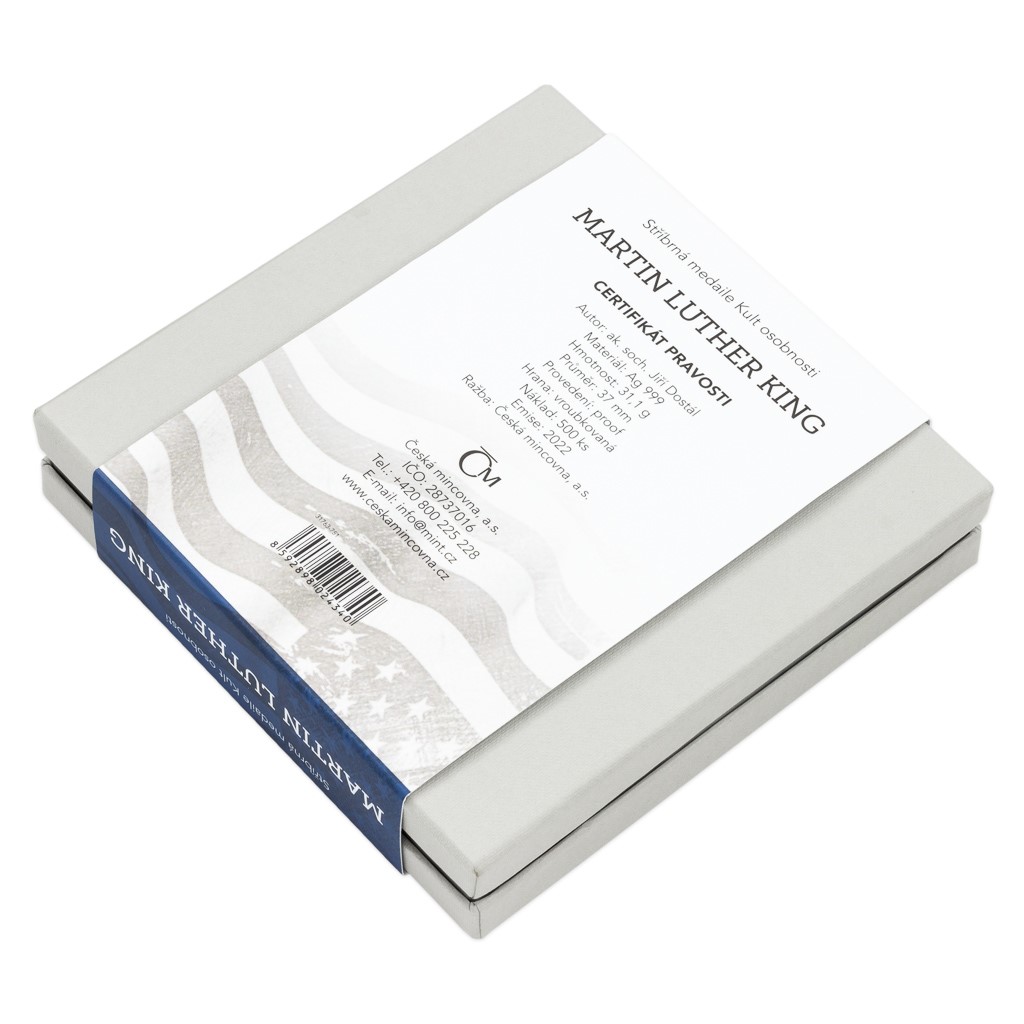 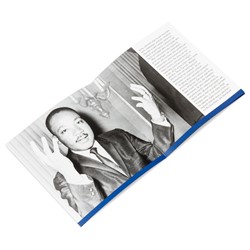 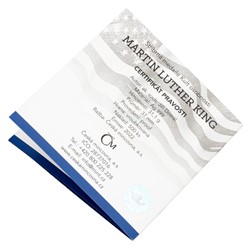