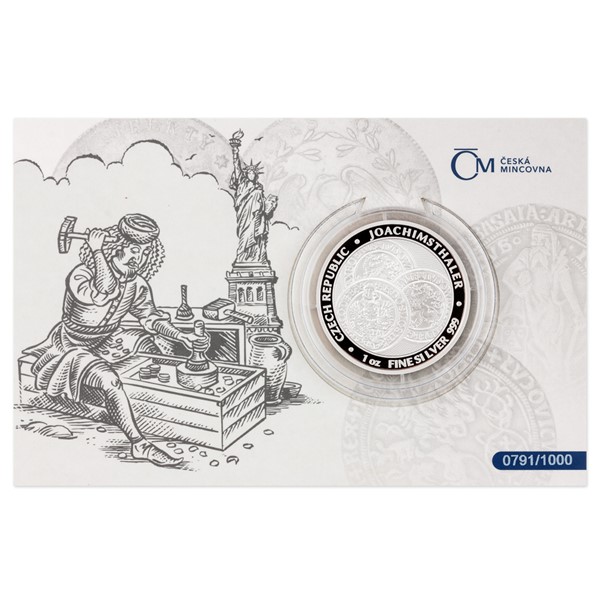 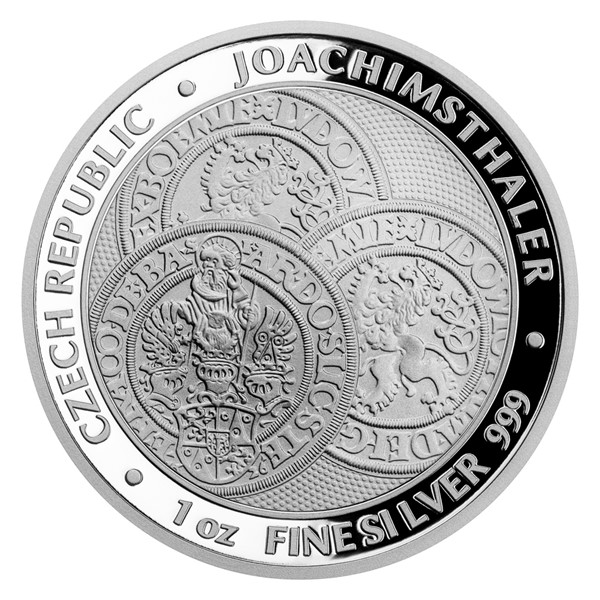 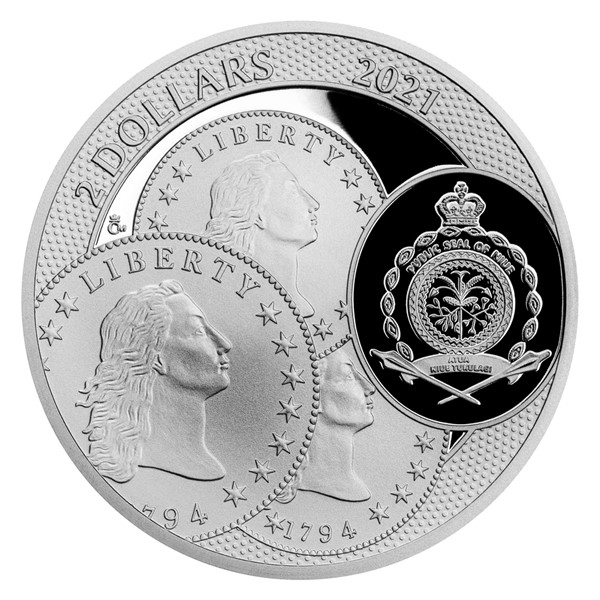 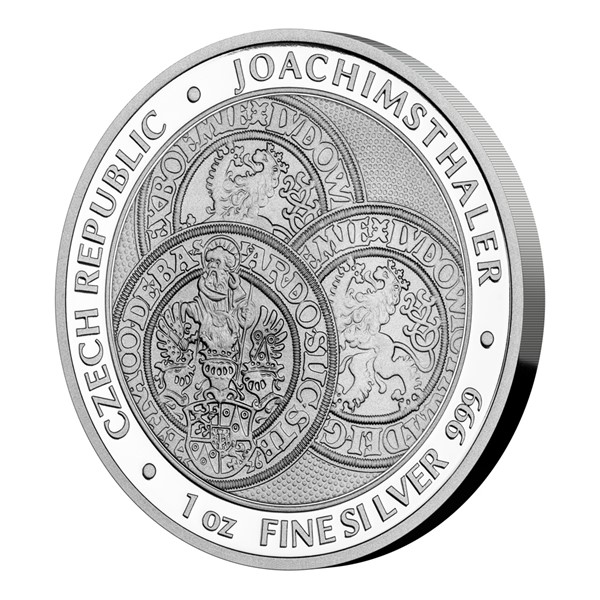 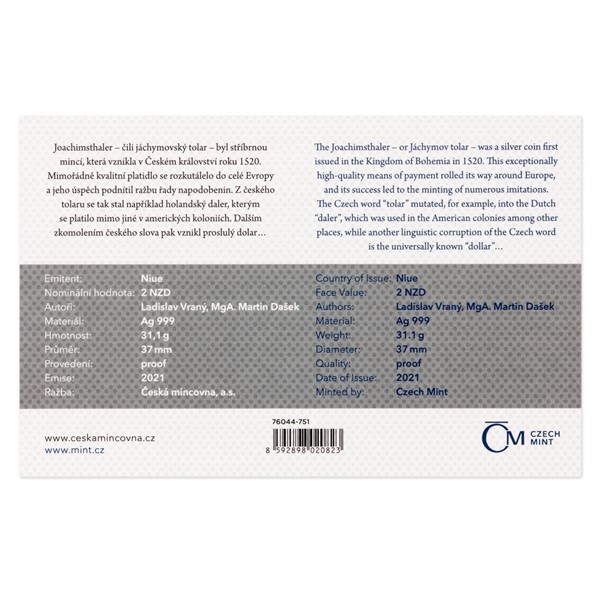 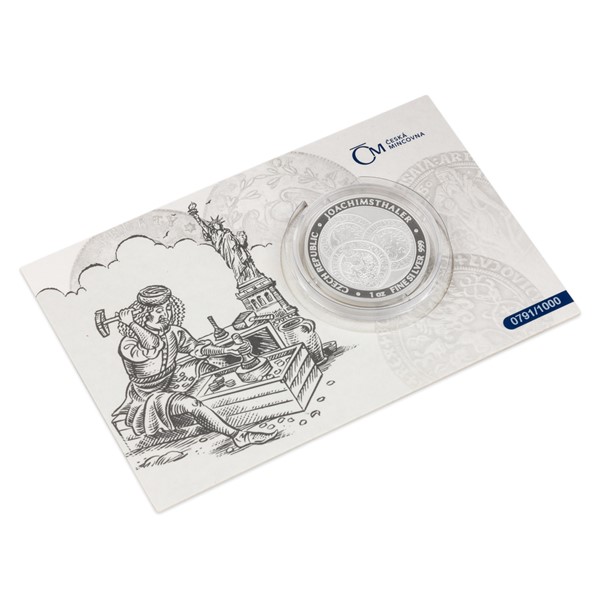 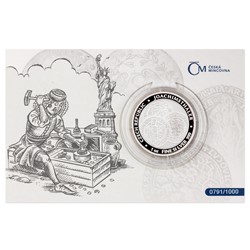 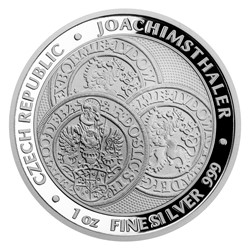 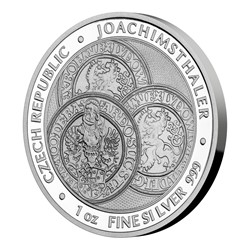 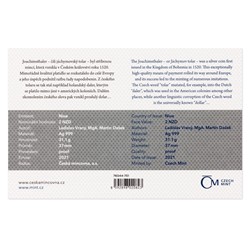 Only a few people know the fact that the Czechs provided the world with its most famous and recognized currency. The Czech Mint commemorates the story of how the Jáchymov tolars became US dollars via investment coins minted from one troy ounce of pure silver.

The Jáchymov tolars, which began to be minted from Krušné hory silver in 1520, were famous for the extraordinary quality of the metal. Millions of them were created, but most of them were melted down in European countries that did not have their own silver resources and used to mint foreign coins. In the following centuries, the successful standard that came from Bohemia was imitated everywhere. We know the tallér from Hungary, talar from Poland, tàliro from Greece, tallero from Italy, dare from Persia, dalur from Iceland and daler from Norway, Sweden, Denmark and the Netherlands. Dutch currency spread all over the world thanks to the expansion of international trade in the 17th and 18th centuries. Dutch coins were used, for example, in the Middle East, Indonesia, or the Dutch colony in the New World, which later became New York. And it was only a step to the famous dollar…

While the reverse side of the coin, which was processed by designer Ladislav Vraný, presents three Jáchymov tolars, you will find three American dollars on the obverse side. This is the motif of the very first coins minted by the United States in 1794, which borrowed from their Czech ancestor not only the name, but also the weight and purity of the metal. Since the coins of the Czech Mint are licensed by a foreign issuer, the island of Niue, their obverse side also bear its necessary elements - the coat of arms, the nominal value of 2 DOLLARS (NZD) and the year of issue 2021.

The investment coin is placed in a special packaging that is numbered. The schedule of issuance has only 1000 pieces. 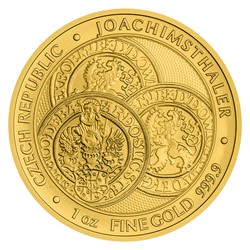 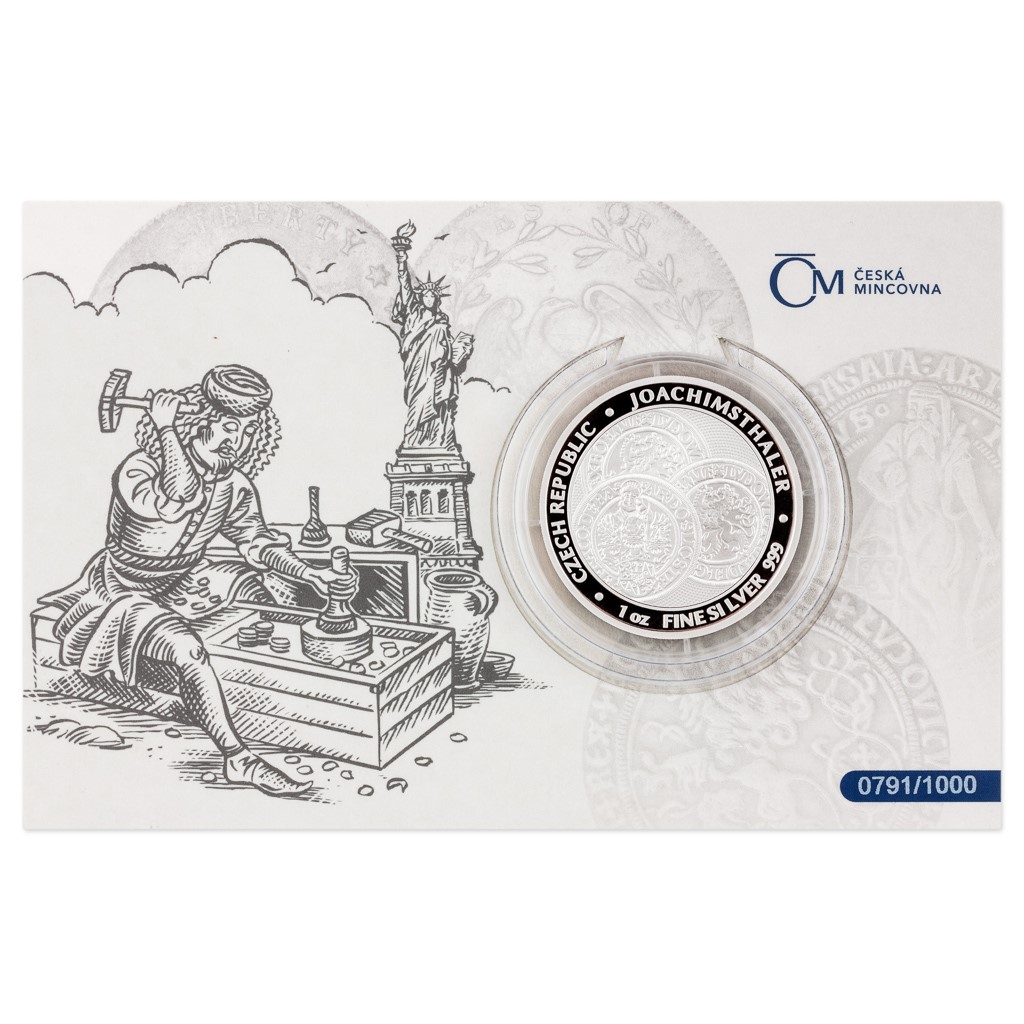 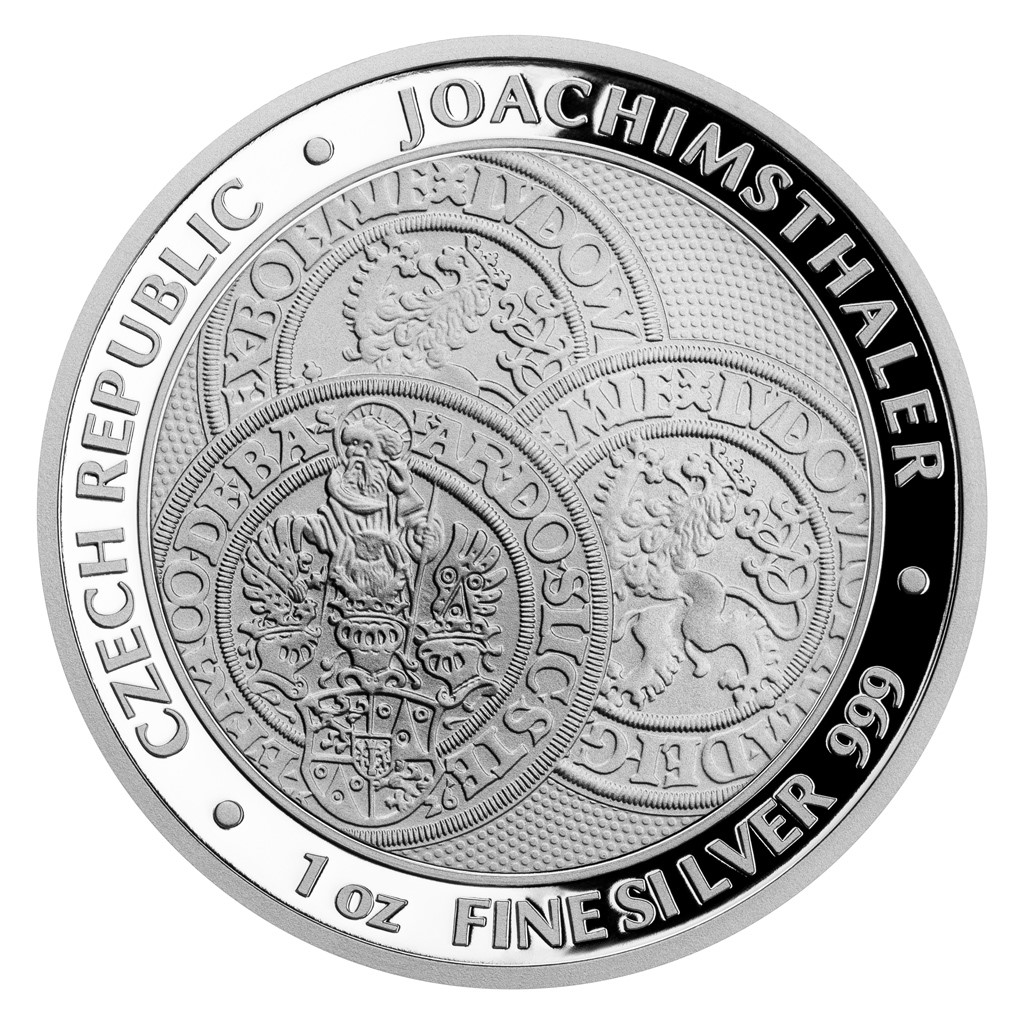 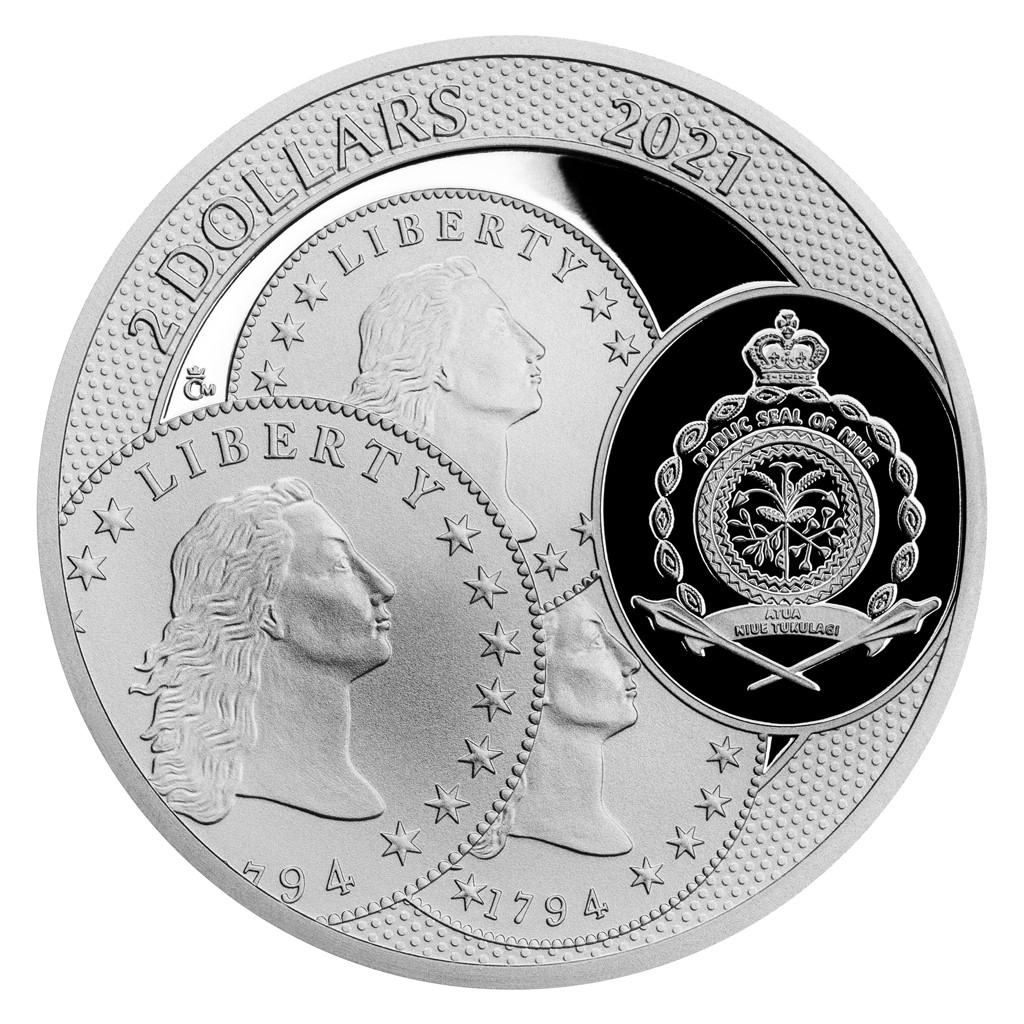 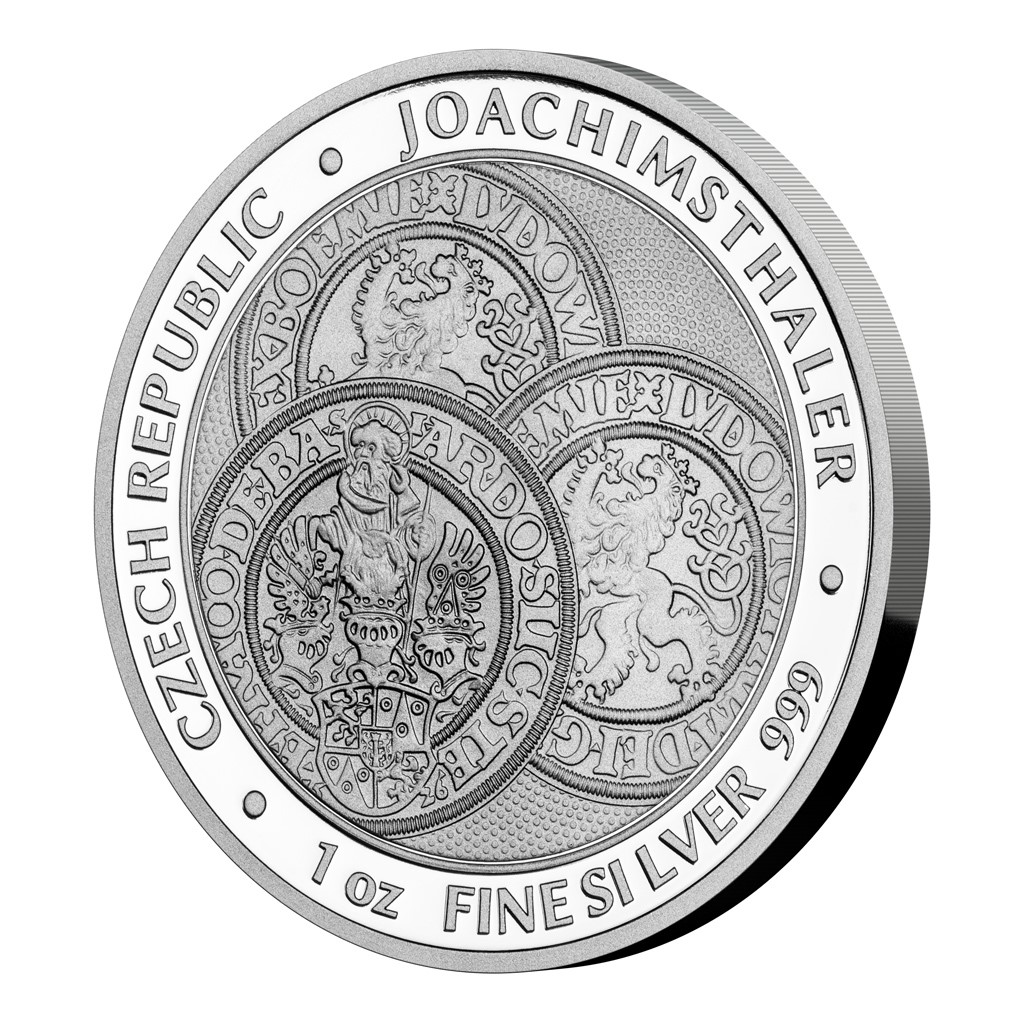 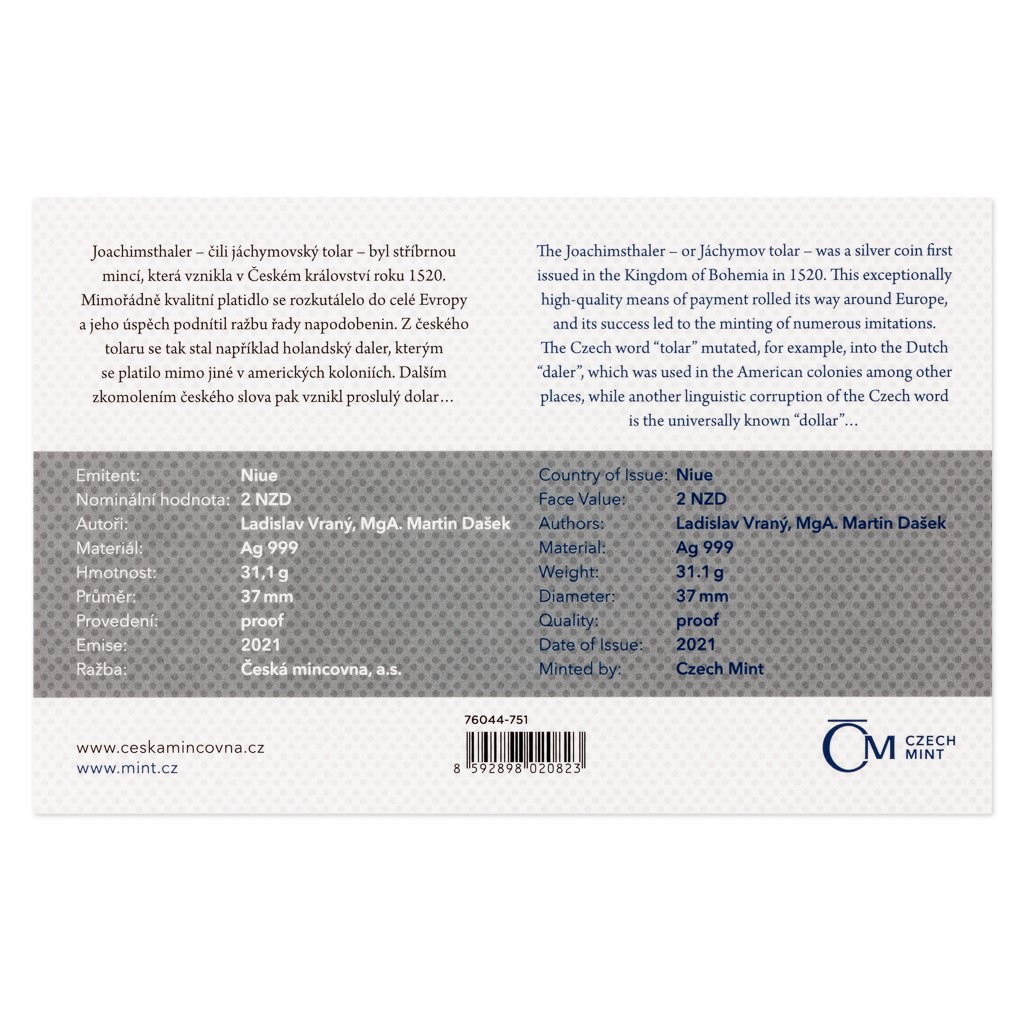 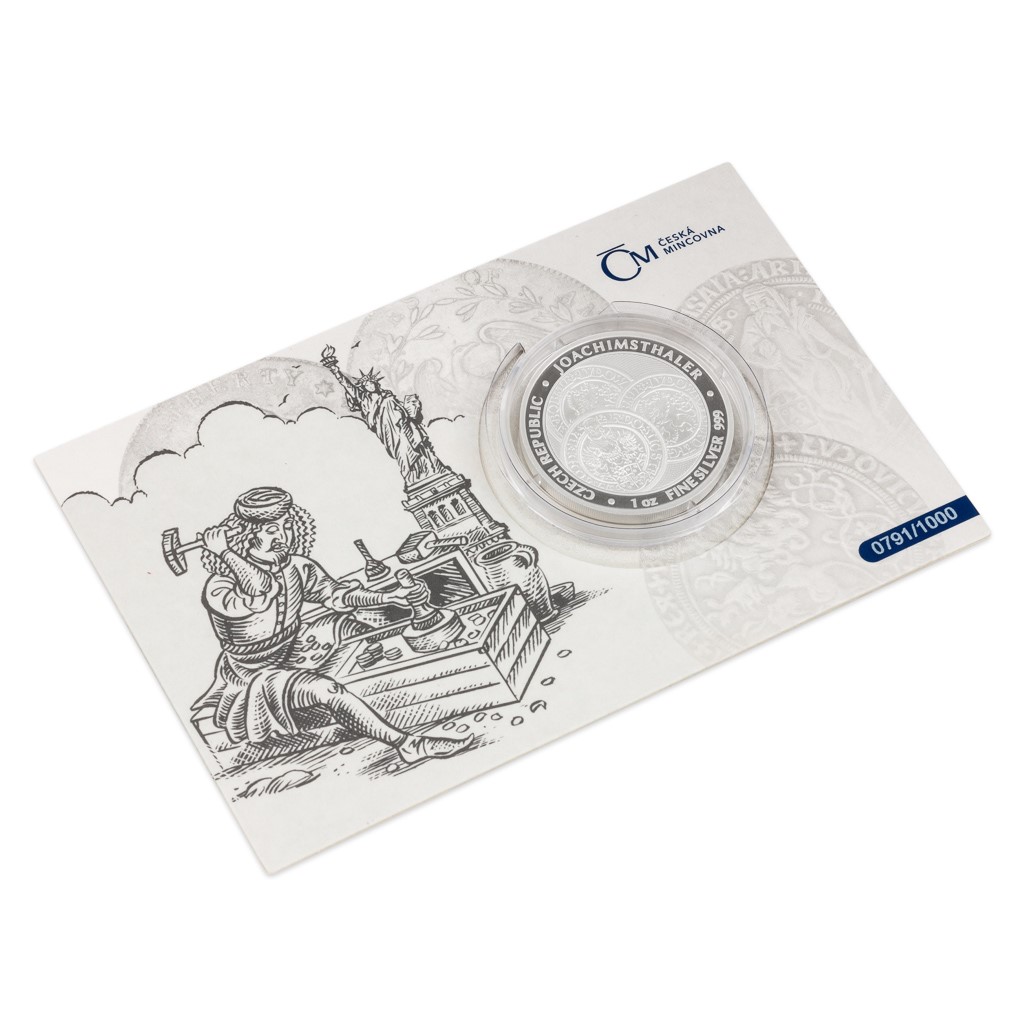 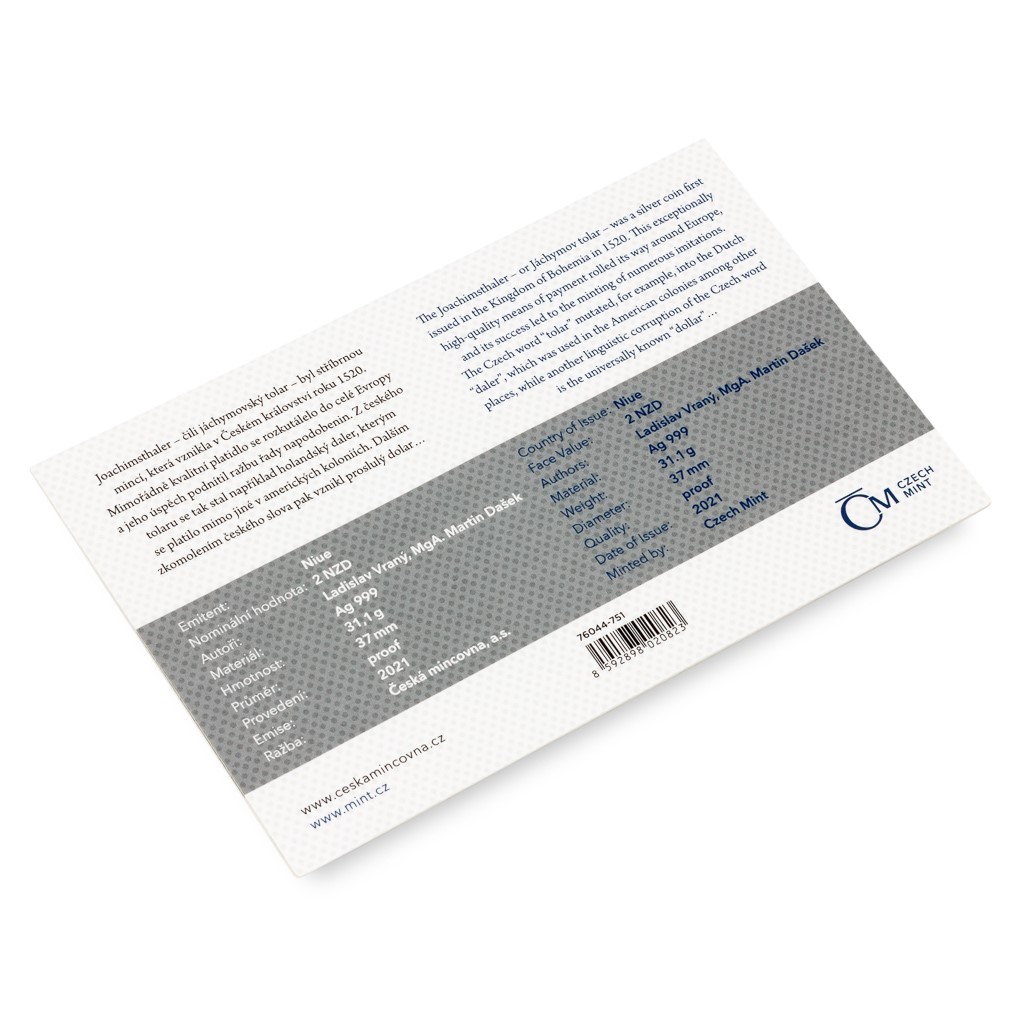 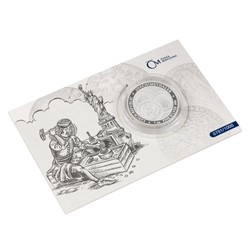 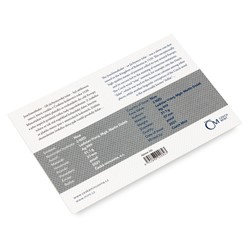