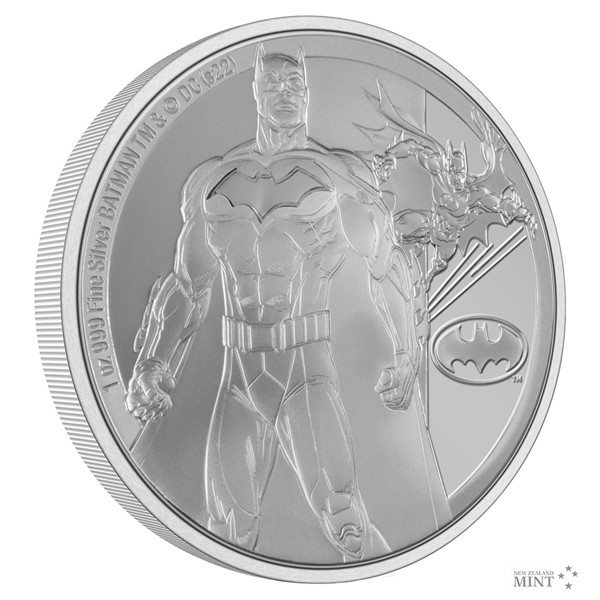 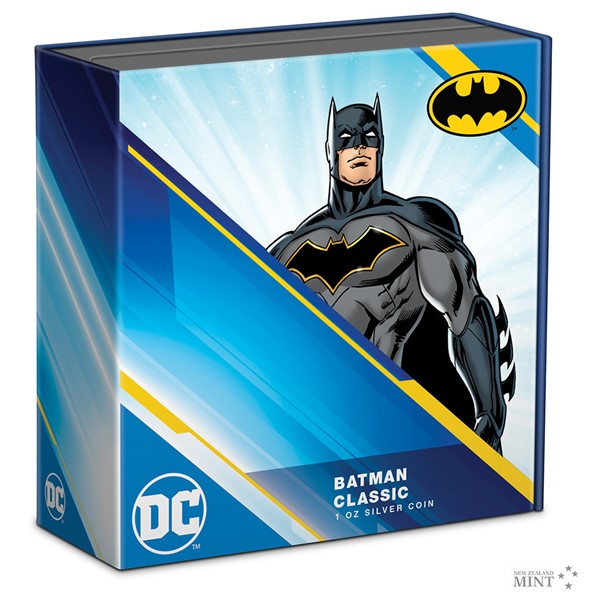 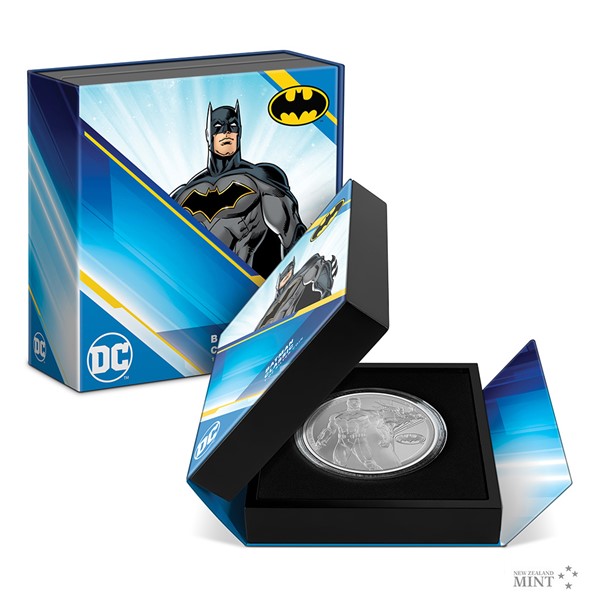 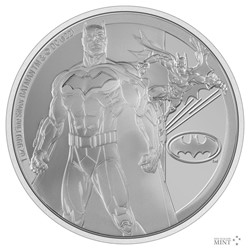 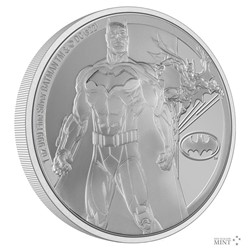 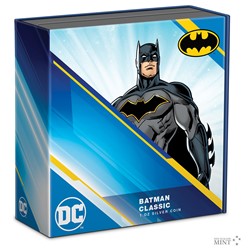 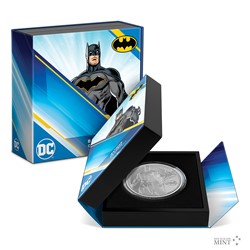 Batman is another superhero featured on an ounce silver coin from DC's classic comic book series.

The Dark Knight, the masked crusader, the world's greatest detective, Batman. Who does not know the alter ego of billionaire Bruce Wayne, who, after his parents were murdered as children, swore to protect Gotham City from evil. Disguised as the Batman, he tirelessly battles an endless array of insane villains - the Joker, Penguin, Riddler, Bane - but unlike most superheroes, he does not have supernatural powers at his disposal. Instead, his crime-fighting is served by his superior physique and penetrating intellect, as well as top-class technology. The most iconic piece of his equipment is the Batmobile, a super-modern vehicle that can hold its own as both a battle tank and a racing special. Batman can also rely on his loyal friends - Robin, Superman, Flash, Wonder Woman, ...

The reverse side of the coin presents two depictions of Batman - a standing figure supplemented with a figure in action with a flying cape. The iconic bat symbol is not missing in the relief. The obverse side is then dedicated to the necessary attributes of the issuer, which is the island of Niue, which means the name and portrait of Queen Elizabeth II, the nominal value of TWO DOLLARS (NZD) and the year of issue 2022. The coin, which is issued with the official license of DC Comics, is the work of the New Zealand Mint.

The coin is stored in an elegant box with a comic book illustration. 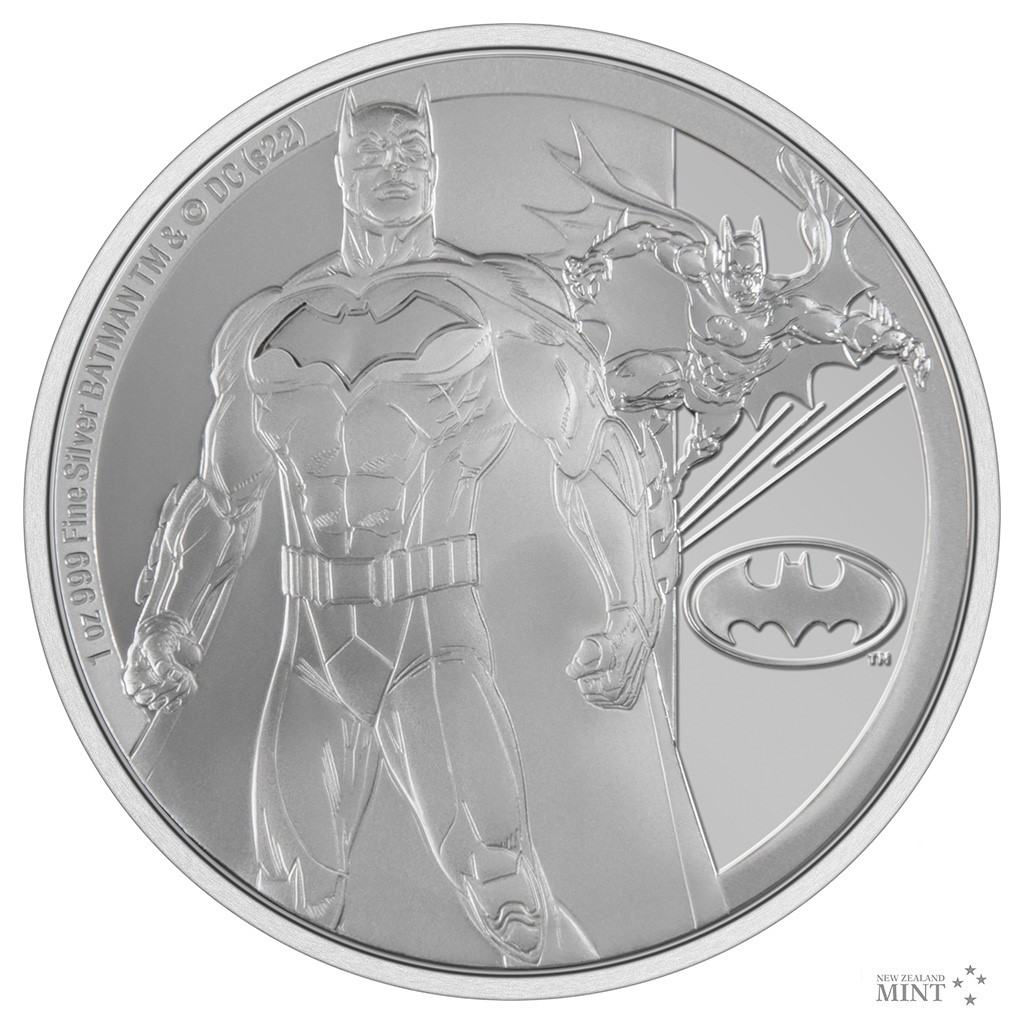 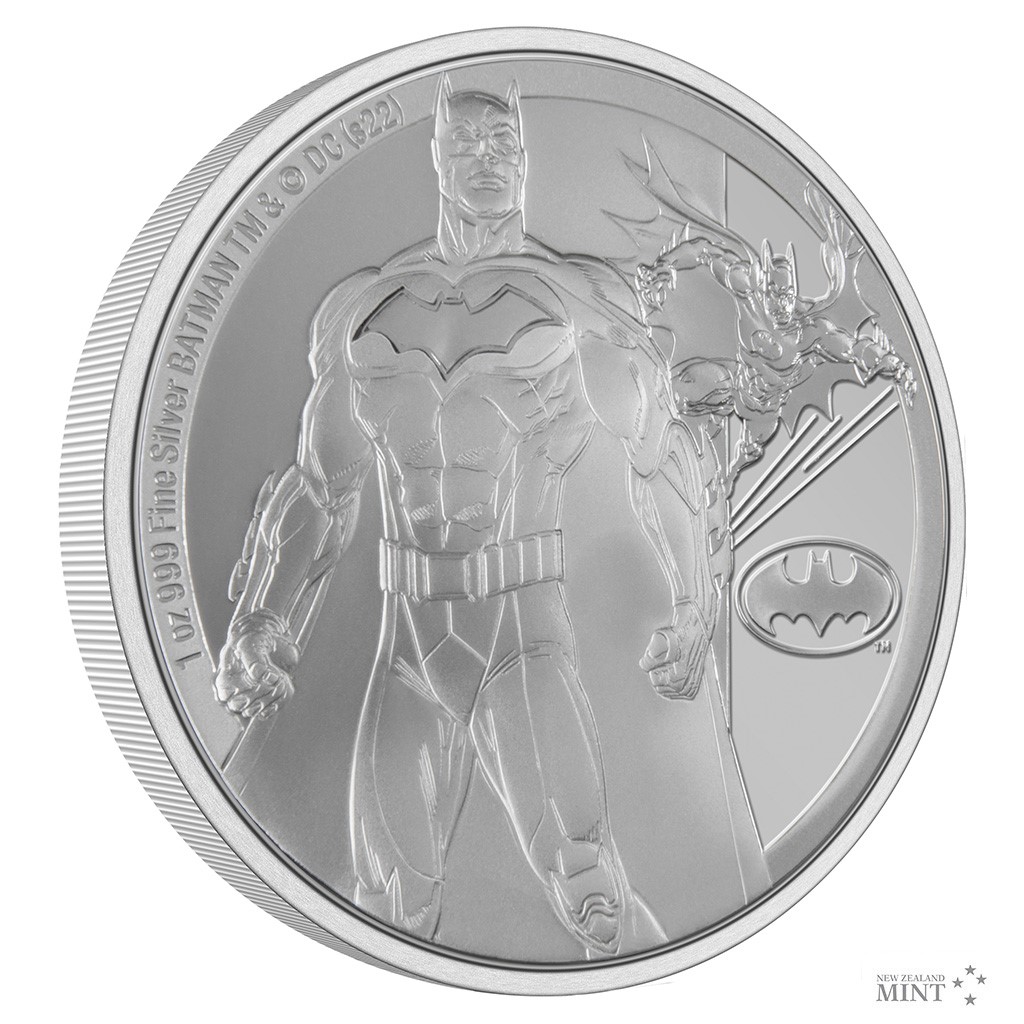 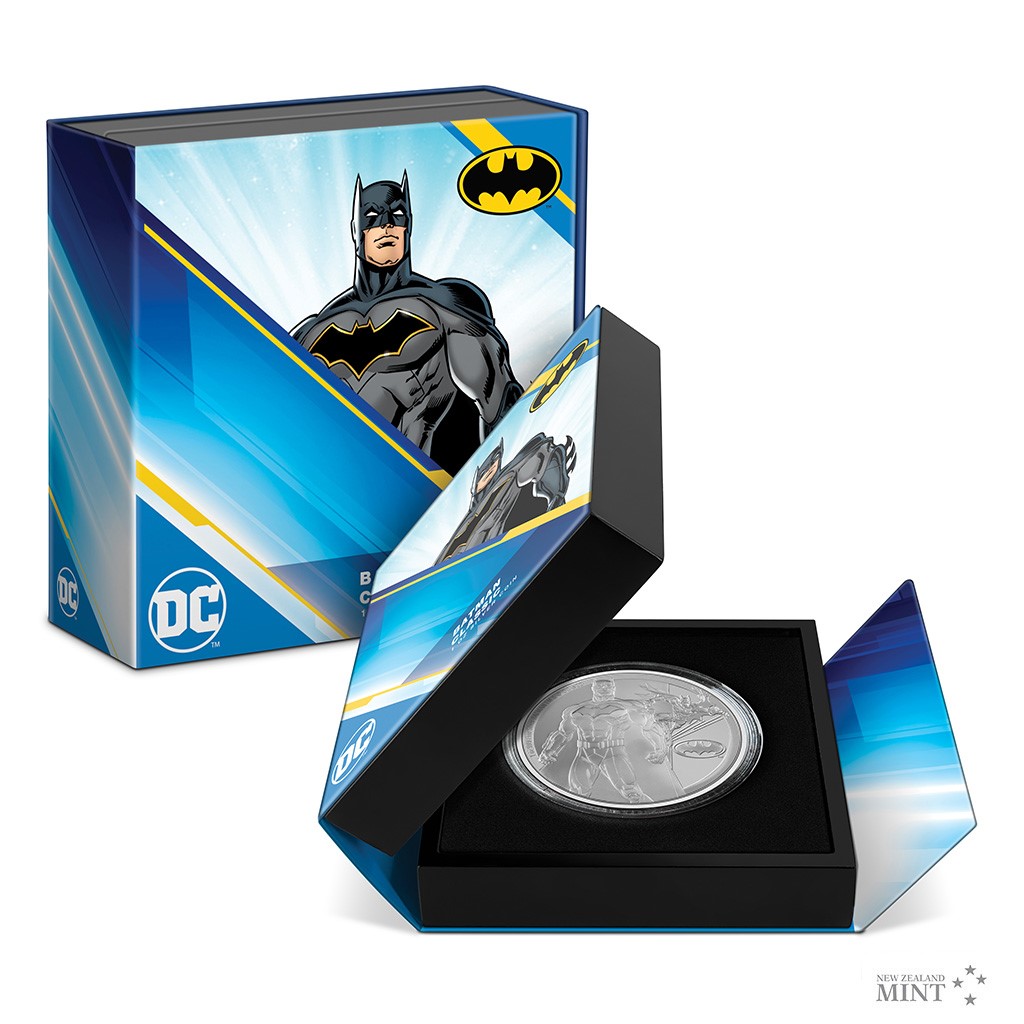