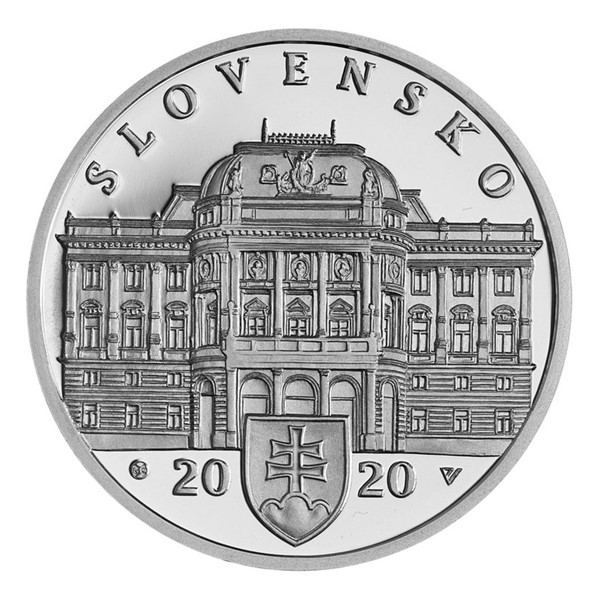 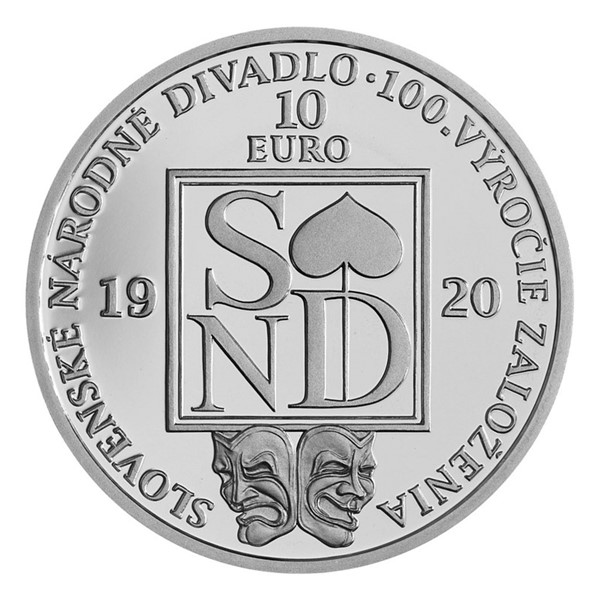 The Slovak silver euro coin was minted in quality proof to the occasion of the 100th anniversary of the Slovak National Theatre.

One of the most important cultural institutions in Slovakia was built on the site of the theatre in 1776. The current Neo-Renaissance building that dominates Hviezdoslav Square in Bratislava is the work of Viennese architects Ferdinand Fellner and Hermann Helmer, who built an incredible 45 theatres across Europe. Although the building is characterised by a very complicated and lavish design, it was built in a record time of two years. It was opened on 22 September 1886 and originally served German and Hungarian choirs. However, the idea of a professional Slovak theatre began to materialize after the establishment of Czechoslovakia, and the Slovak National Theatre was launched in 1920. The first opera to be performed was Bedřich Smetana's Hubička on 1 March 1920. Most of the repertoire was initially performed in Czech, as the theatre lacked Slovak plays, translations, actors and singers. However, this soon changed - the first performance in Slovak language took place in May 1920 with the performance of the one-act plays Hriech a V službe (translated as Sin and In the Service), written by Slovak playwright Jozef Gregor-Tajovský.

The reverse side of the coin bears the logo of the Slovak National Theatre supplemented with theatre masks, the nominal value of 10 EURO, the year 1920 and the inscription SLOVENSKÉ NÁRODNÉ DIVADLO – 100. VÝROČIE ZALOŽENIA (translated as SLOVAK NATIONAL THEATRE - 100TH ANNIVERSARY OF ITS FOUNDATION). The obverse side then presents the historic theatre building, the inscription SLOVENSKO (SLOVAKIA), the national emblem and the year of issue 2020. All this is the work of the medal maker Mgr. Art. Petr Valach.

The coin was minted by the Slovak Mint of Mincovňa Kremnica and issued by the National Bank of Slovakia. 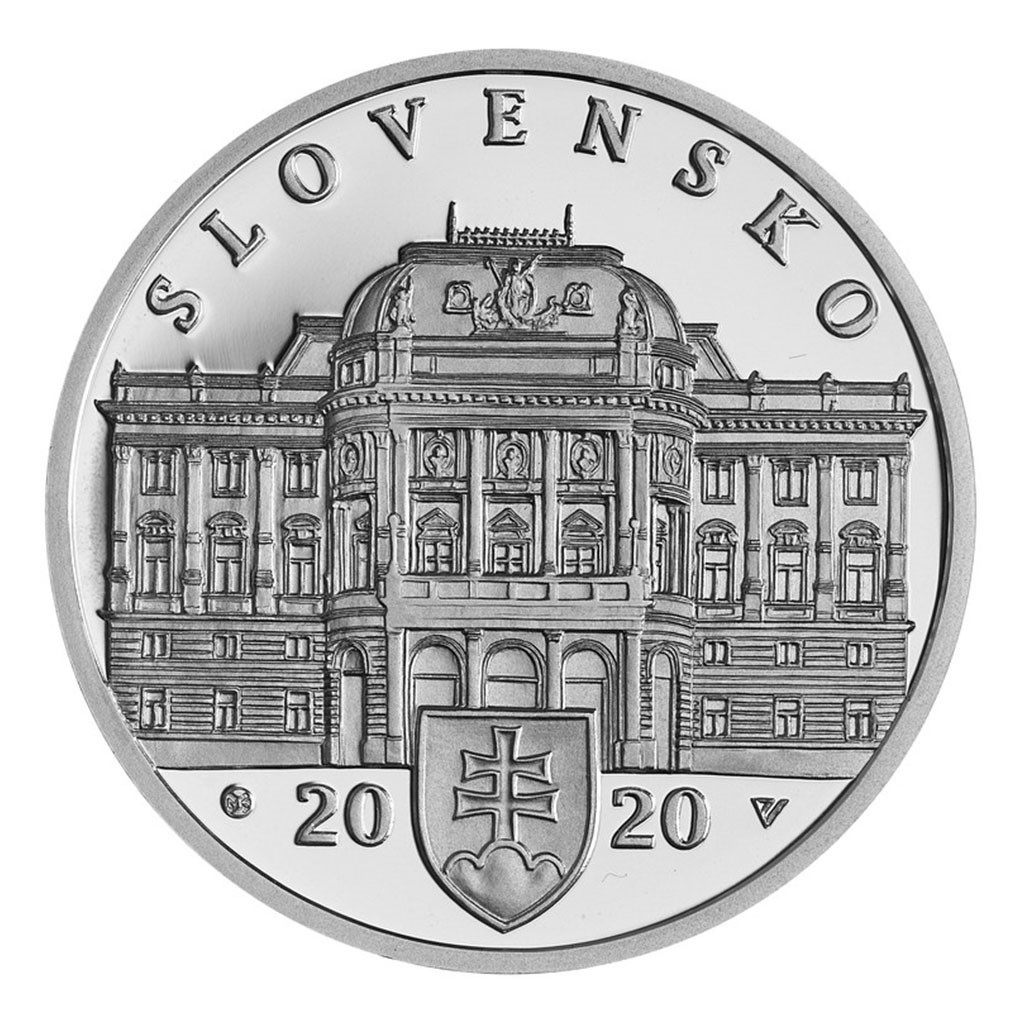 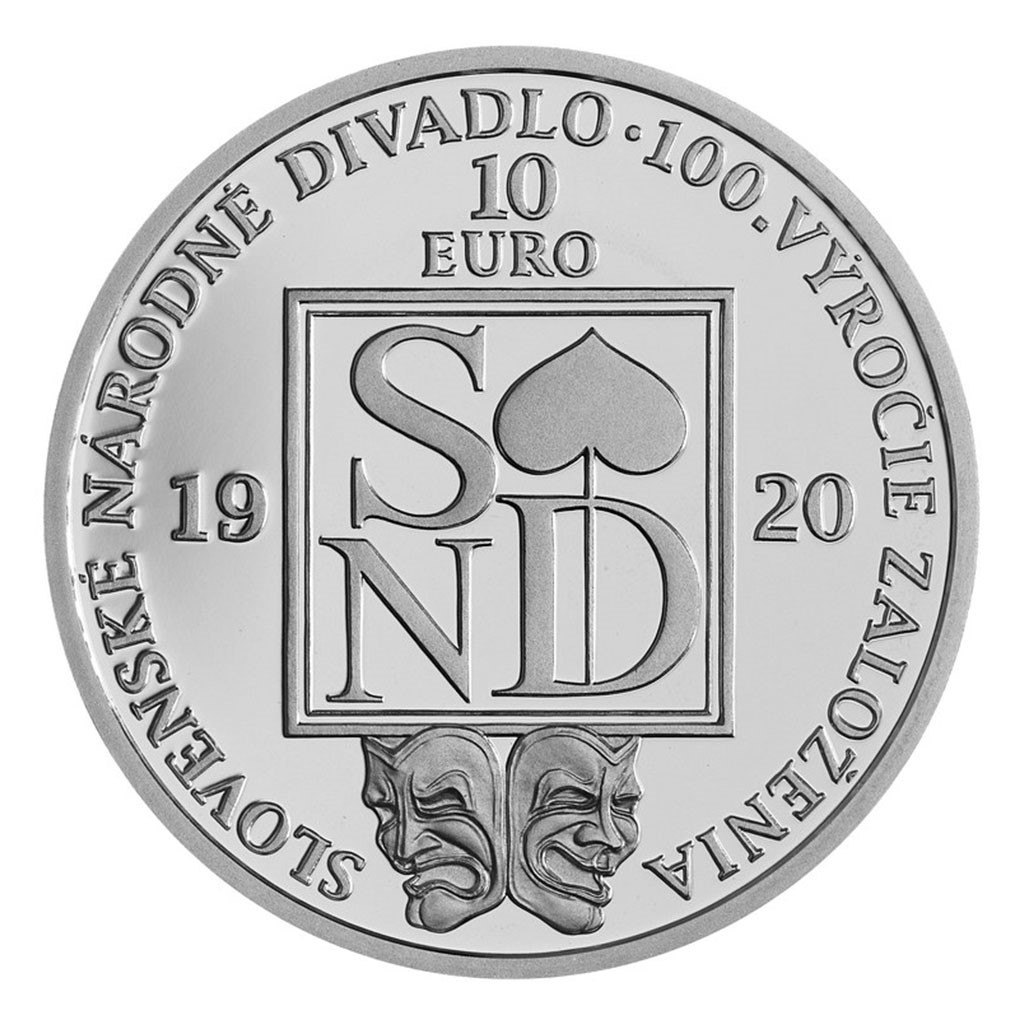