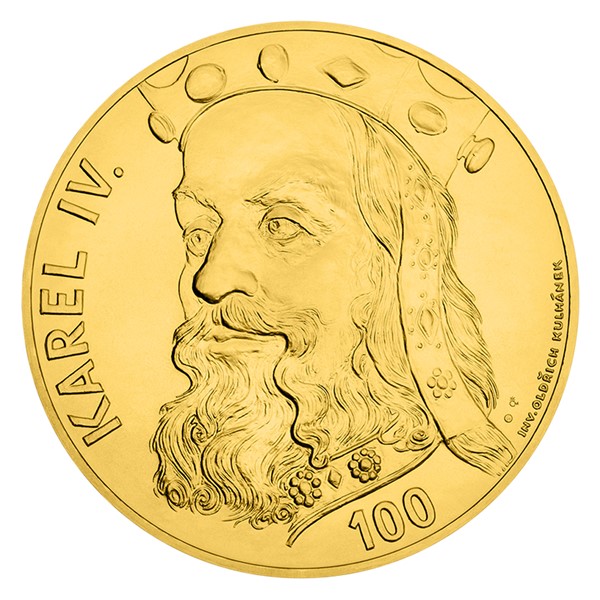 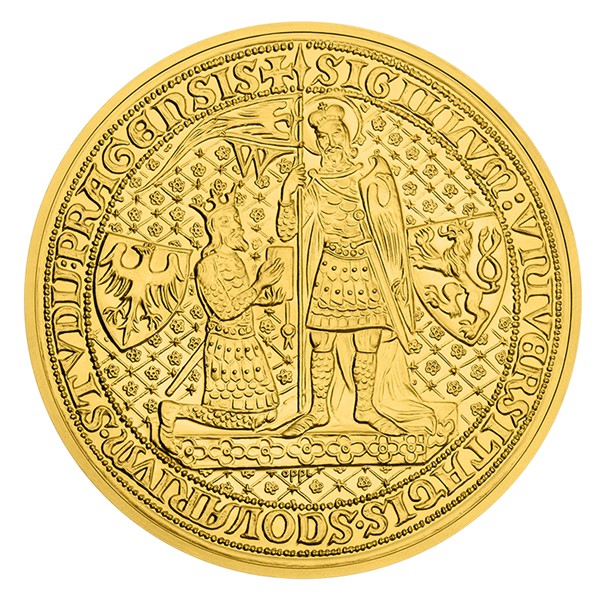 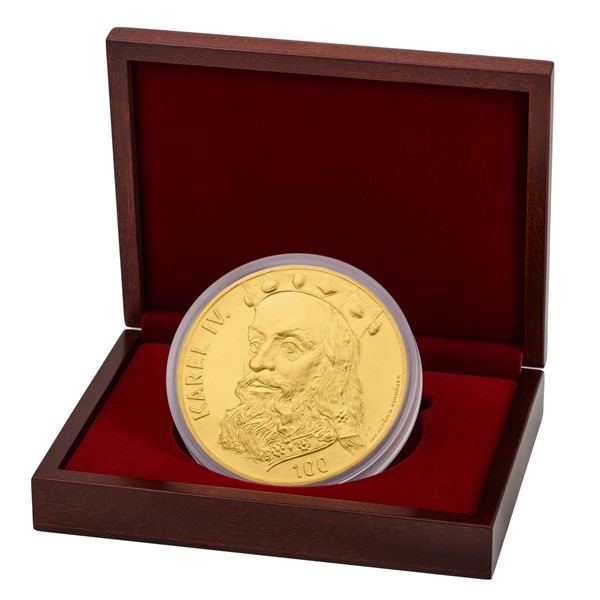 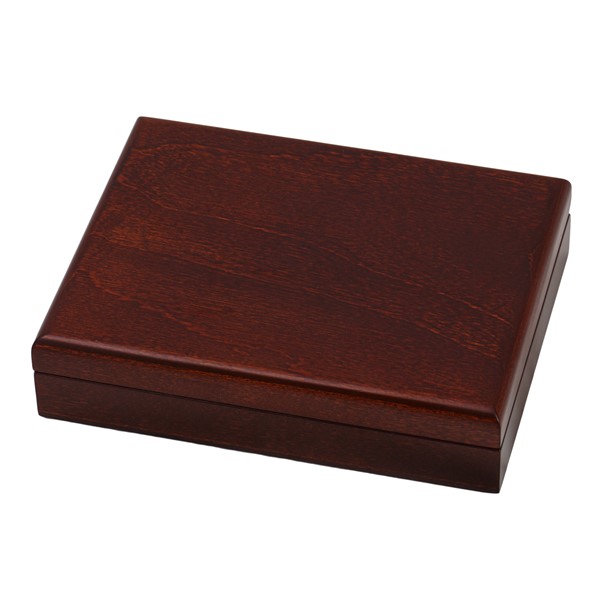 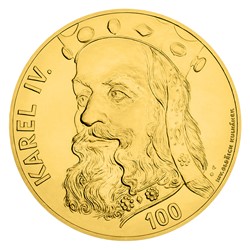 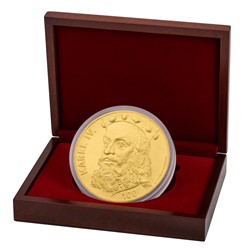 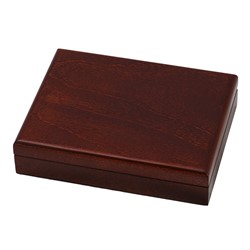 Another exceptional tribute to the art of graphic designer, painter and illustrator Oldřich Kulhánek is coming in 2015 in the form of an gold medal with the motif of the 100 CZK banknote. The subject is Charles IV.  The radiant personage of the exceptional ruler is among those that particularly stand out in these medals of pure gold weighing one whole kilogram.

From 1992 to 1993, Oldřich Kulhánek (1940-2013) designed eight Czech banknotes, six of which are still in circulation. While the competition for their design was announced by the State Bank of Czechoslovakia, the motifs, after some minor modifications, appeared on the Czech banknotes after the breakup of the country. Because of his attention to detail and feel for composition, our banknotes are rightfully considered among the most beautiful in the world. It is therefore a logical step of the Czech Mint to immortalize these exceptional subjects in the form of exquisite gold medals.

The graphic design of the 1000 CZK banknote showing the majestic gaze of Charles IV was used by academic sculptor Vladimír Oppl to create the bust on the obverse. The coin is inscribed with 2015 and INV. OLDŘICH KULHÁNEK along with the value of the original banknote. The reverse of the medal bears the design of the reverse of the banknote – the seal of Charles University, which was prepared for minting by the daughter of Oldřich Kulhánek and talented artist in her own right MgA. Klára Melichová.

Investing in gold is one of the smarter ways to safely store your money, not only ensuring lasting value but also great potential for growth. The popularity of gold medals is increased considerably by the selection of sophisticated motifs, first-rate artistic craftsmanship, and a strictly limited edition.  In the case of the gold medals featuring the Charles IV motif of the 100 CZK banknote, the Czech Mint is issuing a mere 50 pieces. 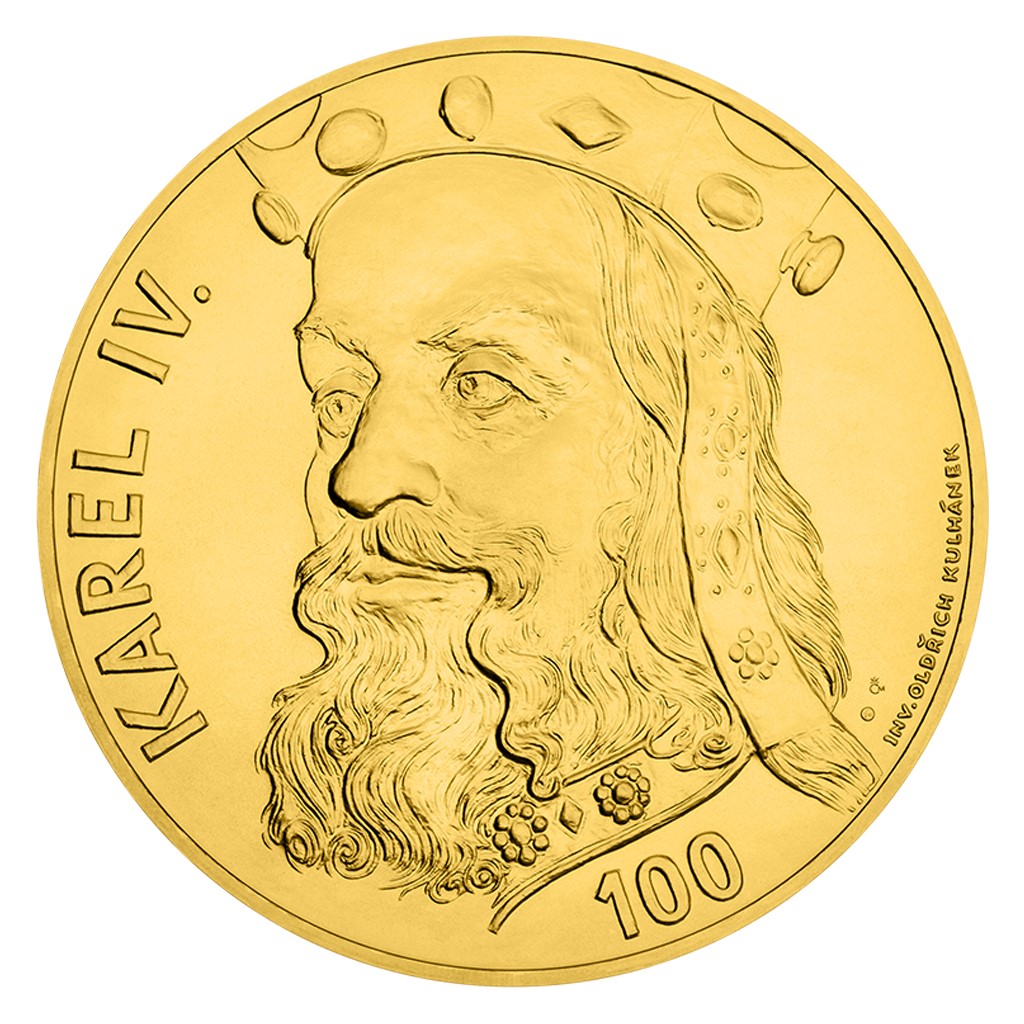 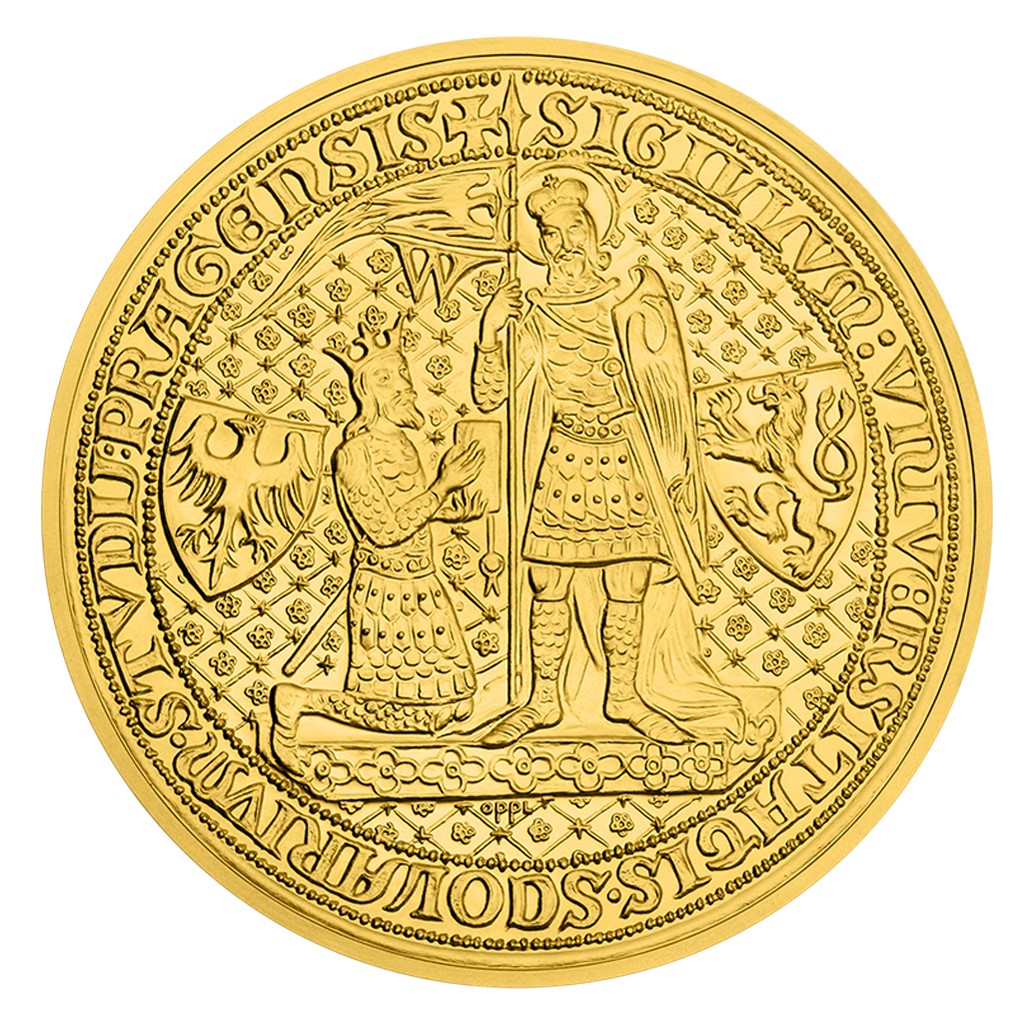 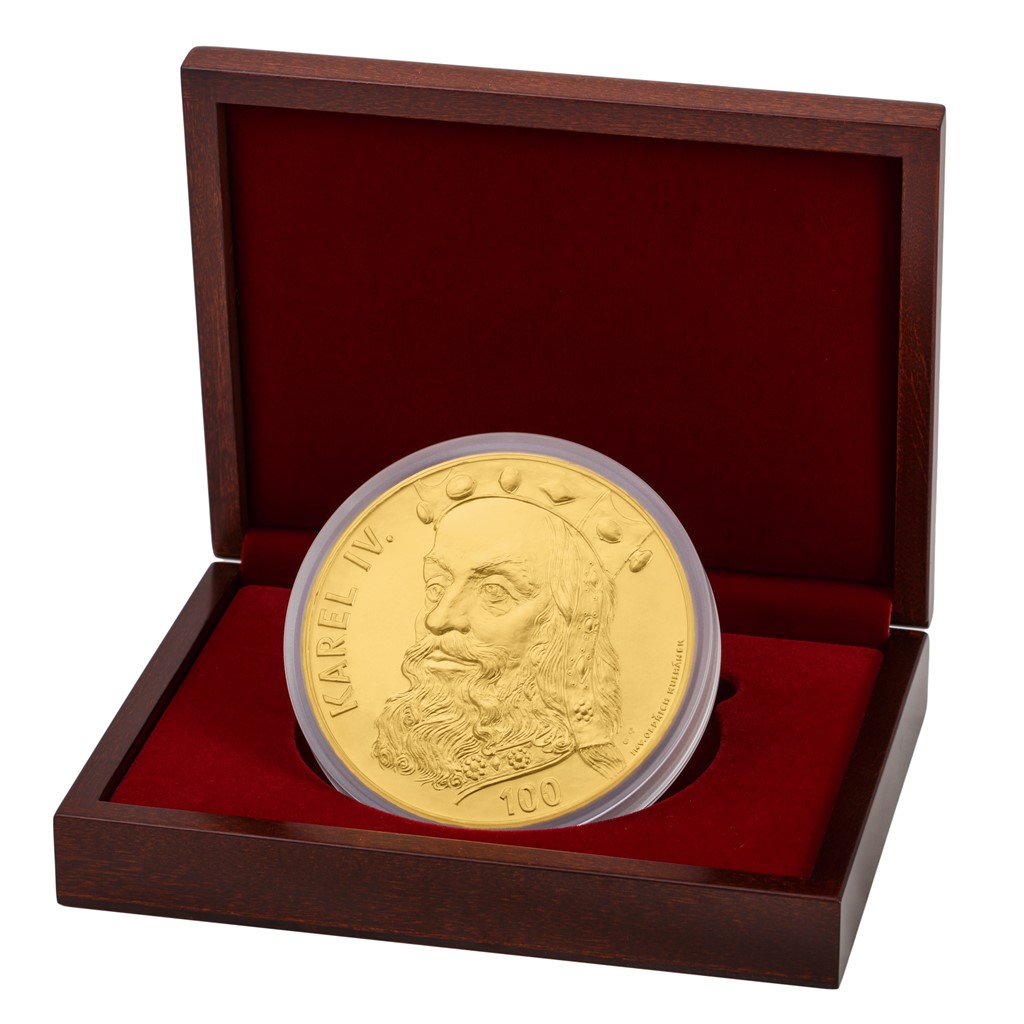 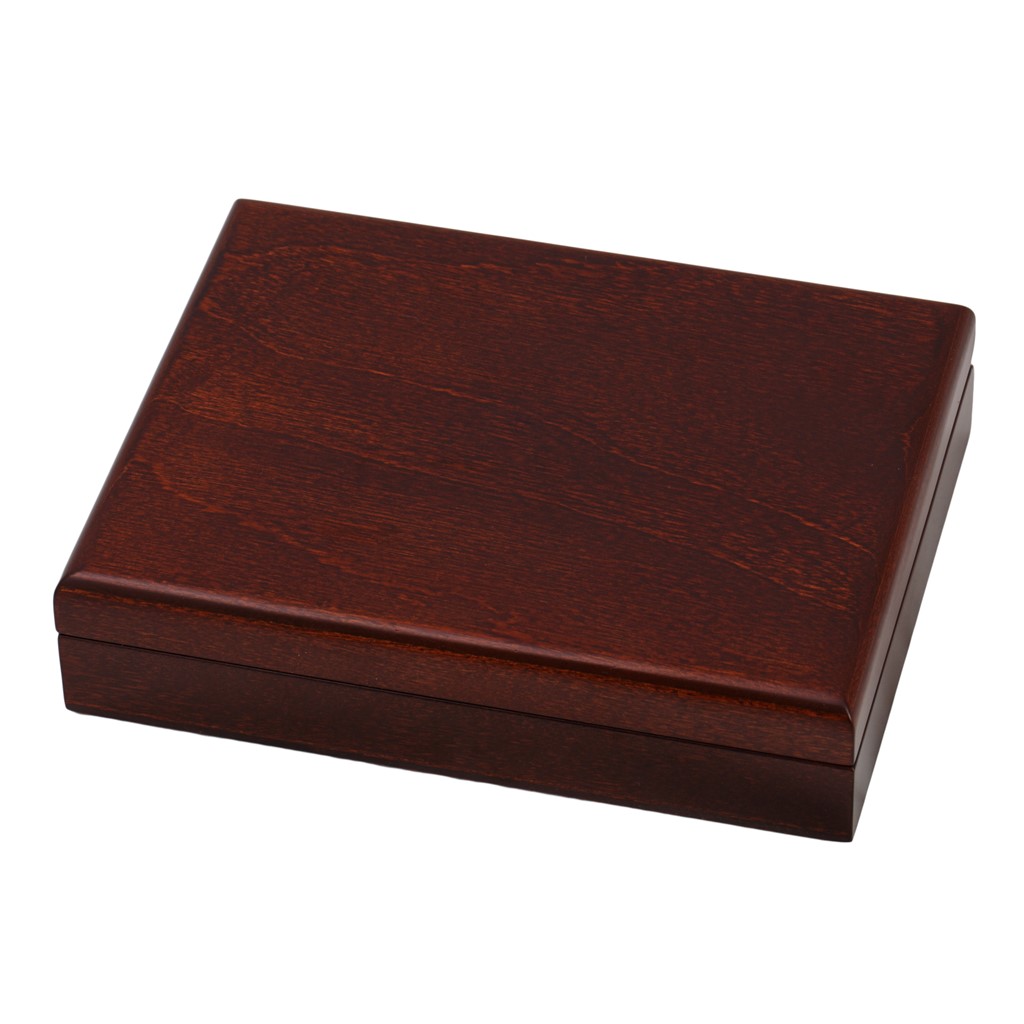