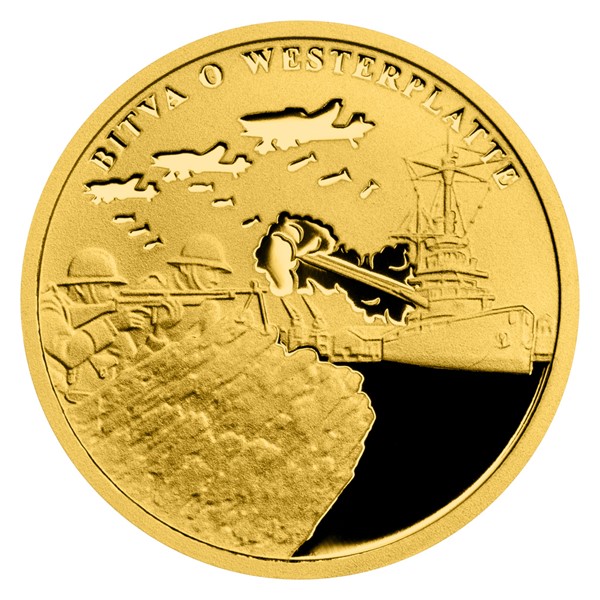 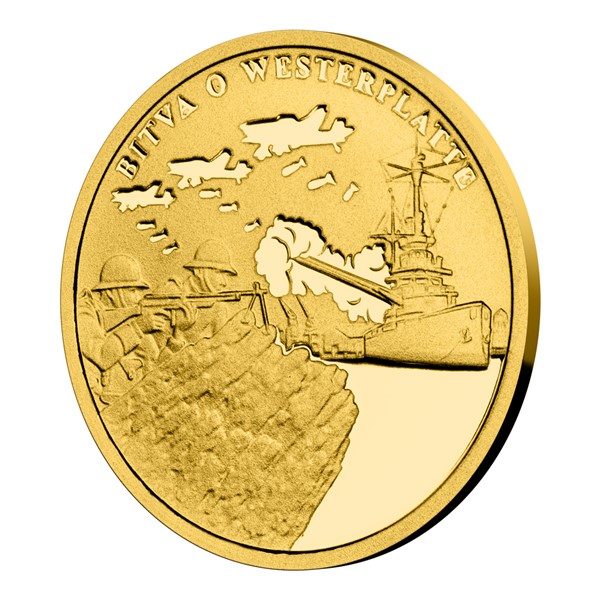 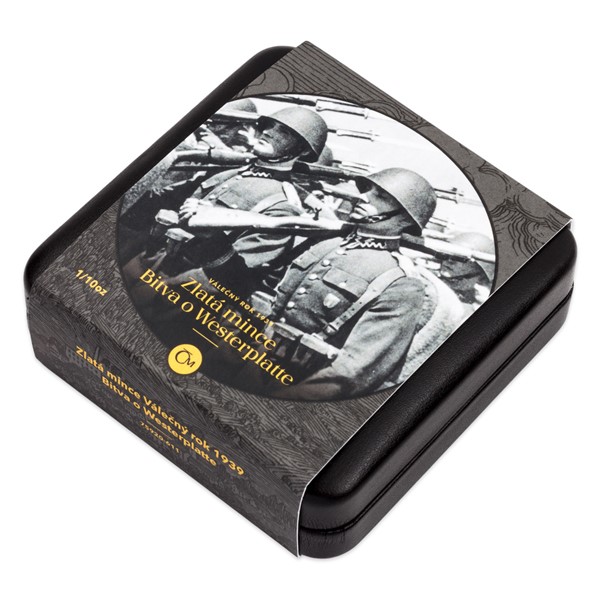 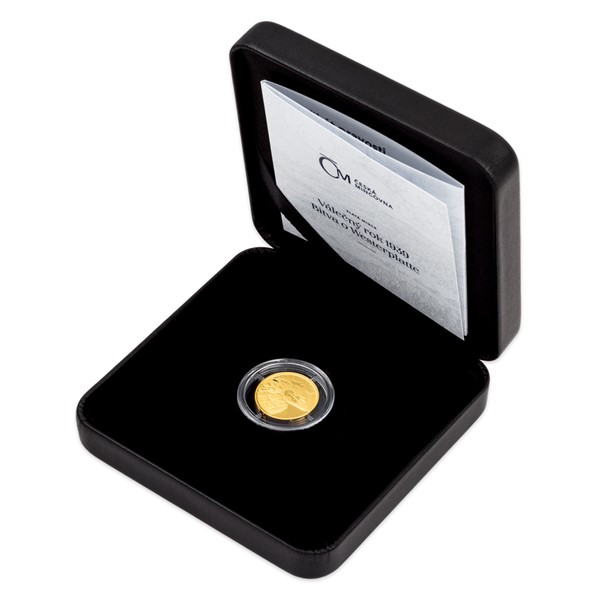 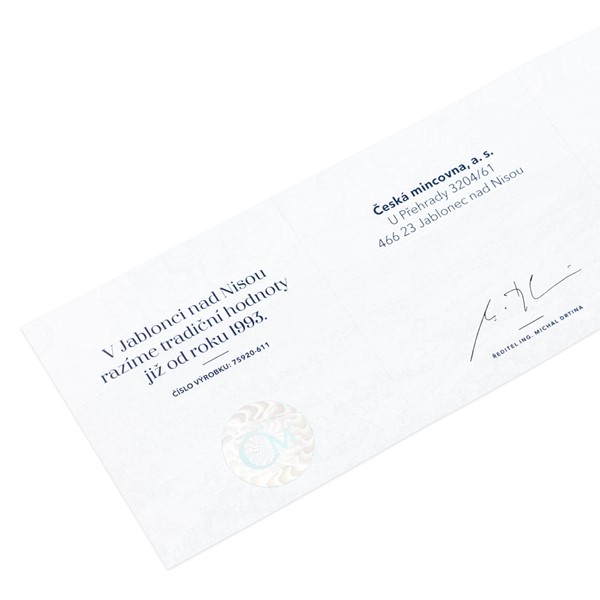 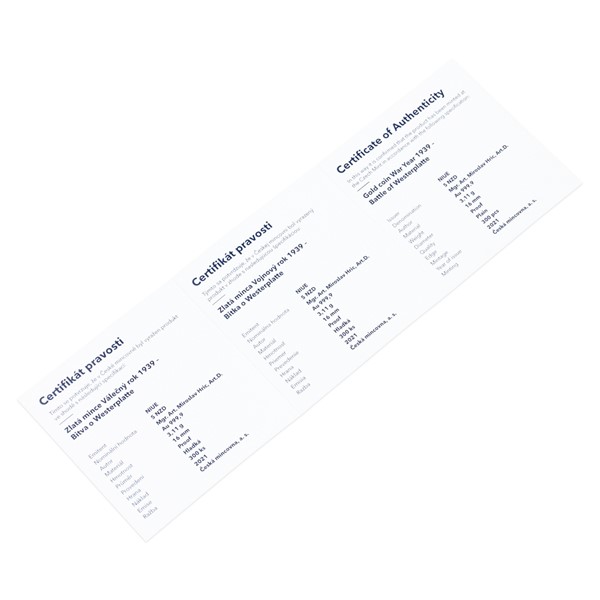 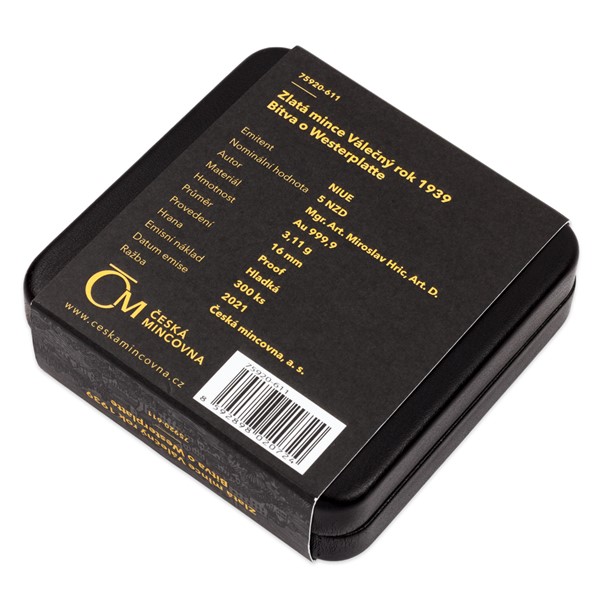 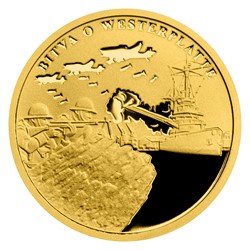 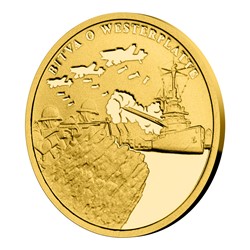 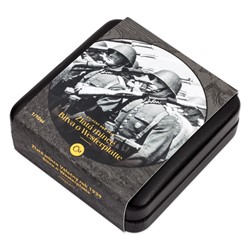 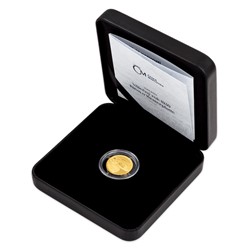 The second gold coin of the Czech Mint from the four-part miniseries War Year 1939 commemorates the very first clash of the Second World War - the Battle of Westerplatte.

The German warship Schleswig-Holstein fired the first of many shells onto the Westerplatte peninsula on 1 September 1939, at 4:45 a.m, thus starting World War II. The target of the attack was a Polish military transshipment point, which was also simultaneously struck by German marines. The attackers expected a smooth victory - after all, the German command boasted that the battle against only two hundred Poles would last no more than ten minutes... However, the Polish garrison opened defensive fire not only against the ground troops, but also against the warship from perfectly prepared positions. The stunned Germans retreated, and as the machine guns, mortars and cannons fell silent, the battlefield revealed the first dead of World War II. Unfortunately, they were not the last... More and more German troops reached Westerplatte. Air bombardment was added to the land and naval attacks, but even half-ton bombs could not break the tenacious Polish resistance. The Germans thought there was no one left in the ruins of the fortress after each attack, but the Polish machine guns rang out again. In the end, the Battle of Westerplatte lasted not ten minutes, but seven days... On 7 September, the Polish commander gave clean uniforms to his men and ordered them to surrender. They were impoverished, hungry, cold, sleep-deprived and had nothing left to offer further resistance. The stunned Germans, who had by this time succeeded in destroying several Polish armies and occupying Kraków, saluted their indomitable prisoners. The Battle of Westerplatte, in which two hundred men resisted four thousand enemies, became a symbol of Polish valour and hope in bleak times.

The coin is the work of the medal maker Mgr. Art. Miroslav Hric, Art.D. The reverse side presents Polish machine gunners attacked by German warships and dive bombers. As the licence to issue commemorative coins of the Czech Mint is granted by the Pacific island of Niue, the obverse side bears its necessary attributes - the name and portrait of Queen Elizabeth II, the nominal value of 5 DOLLARS (NZD) and the year of issue 2021.

The complete collection of four war coins can be stored in a thematic tin case, which also presents Polish soldiers. 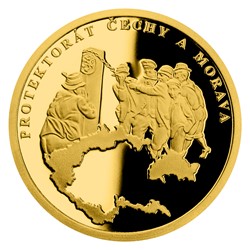 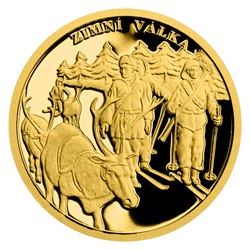 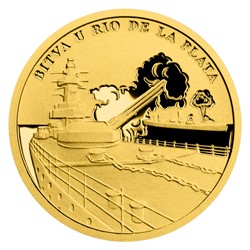 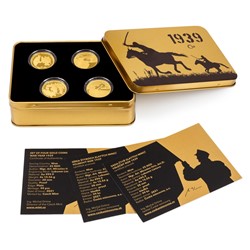 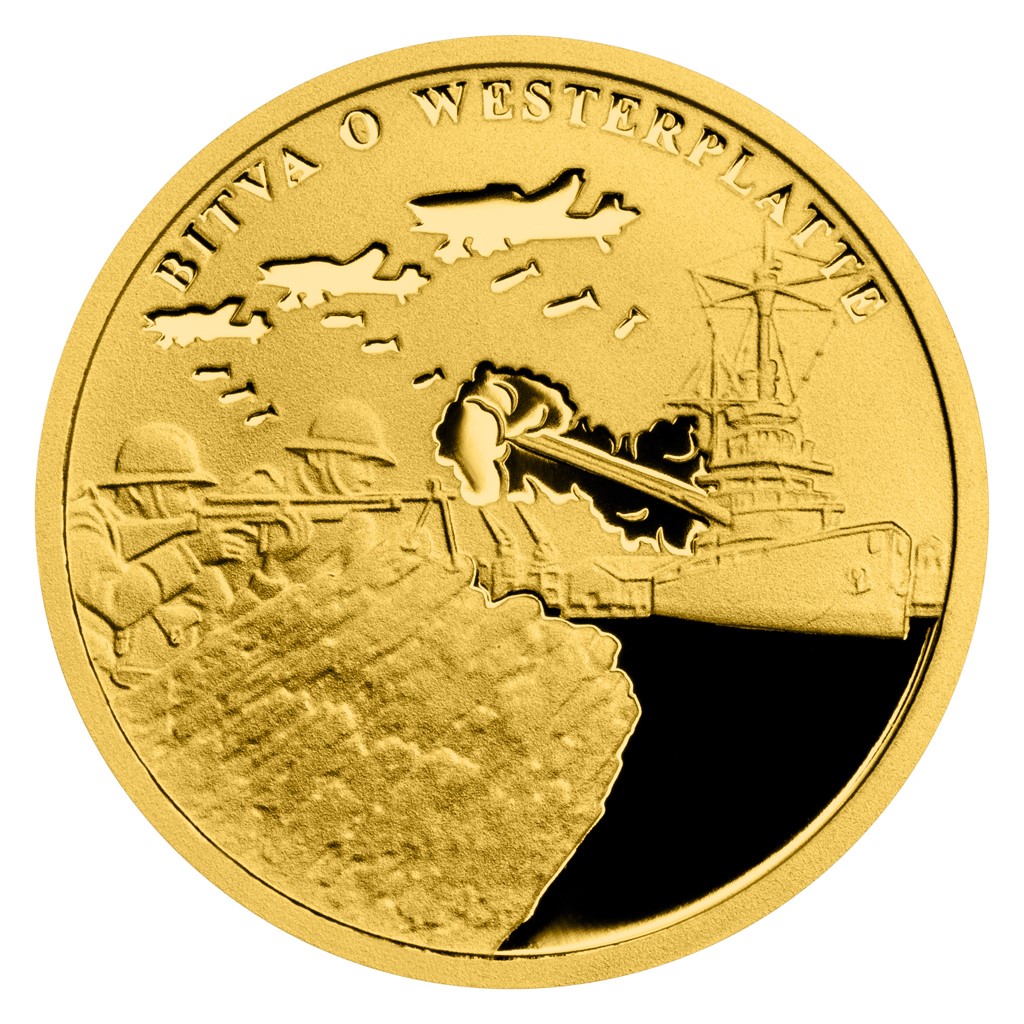 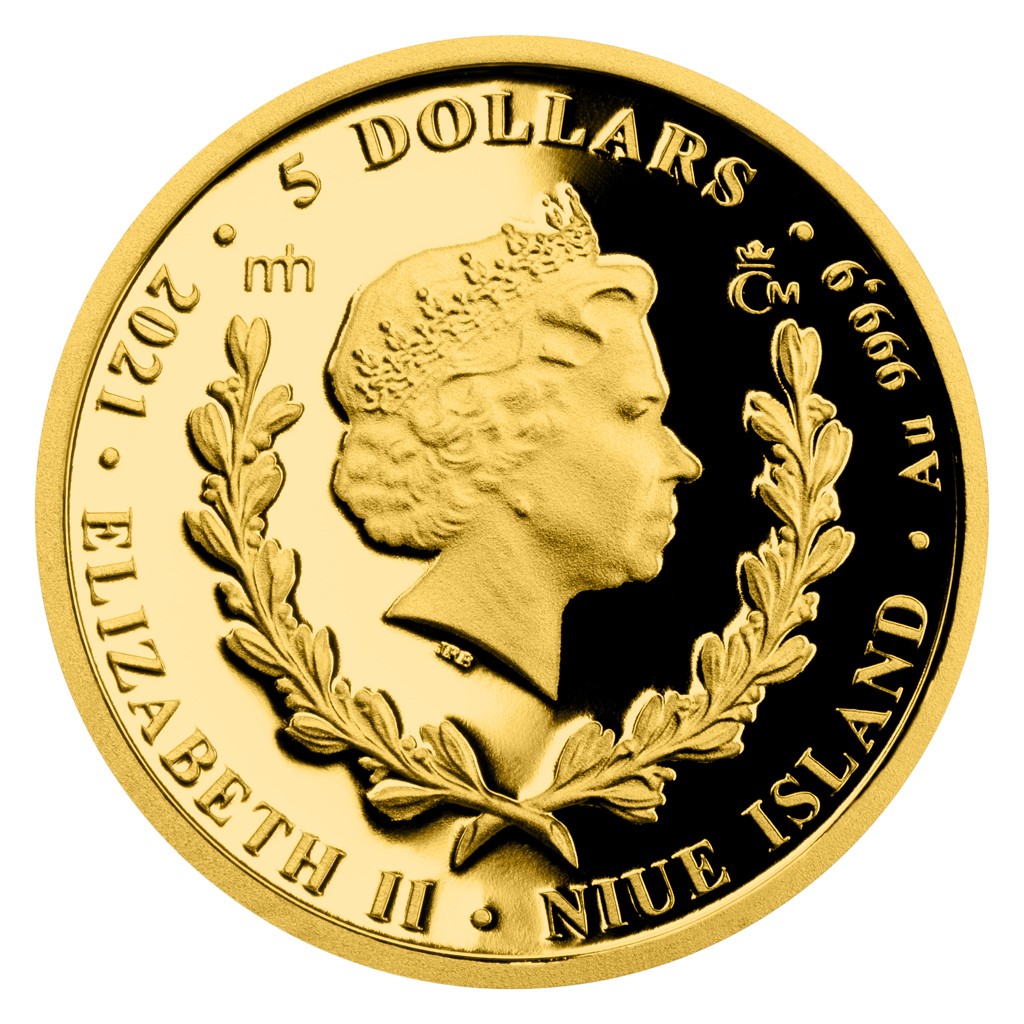 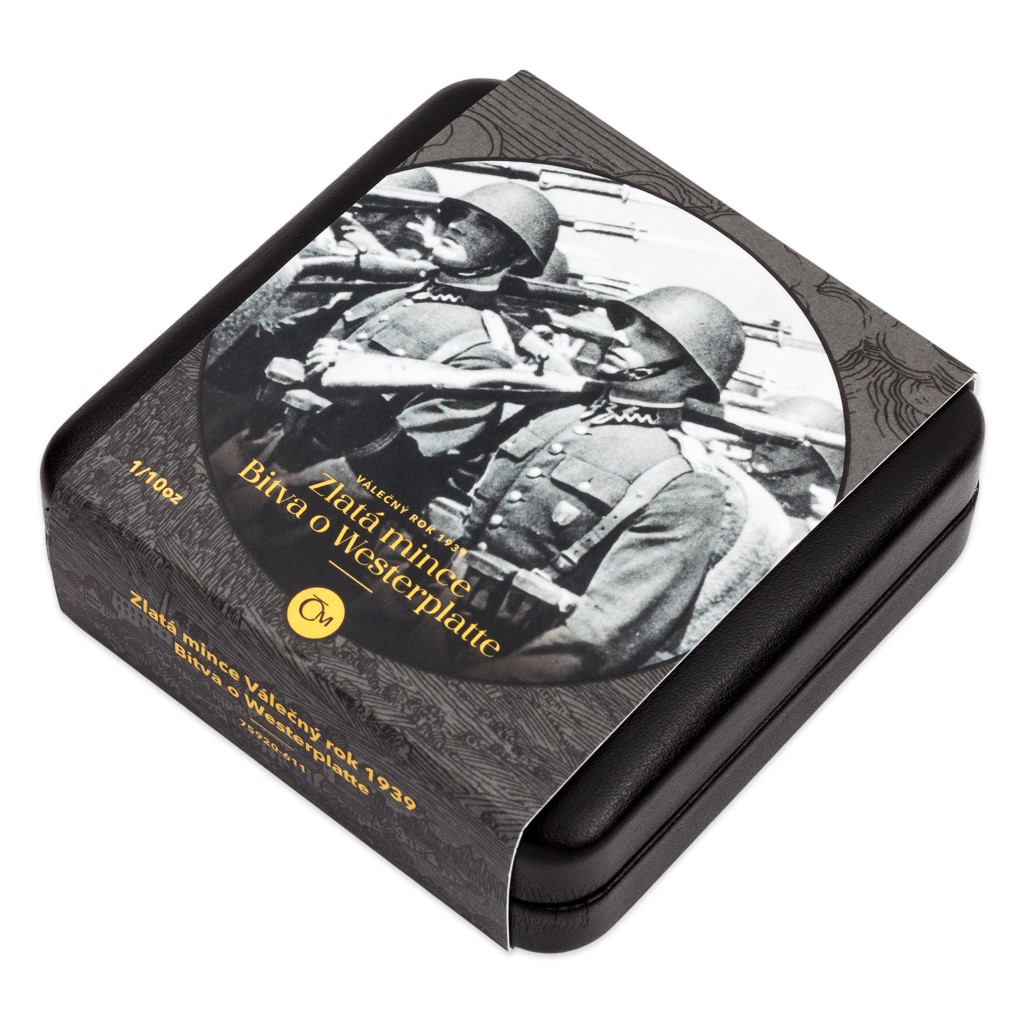 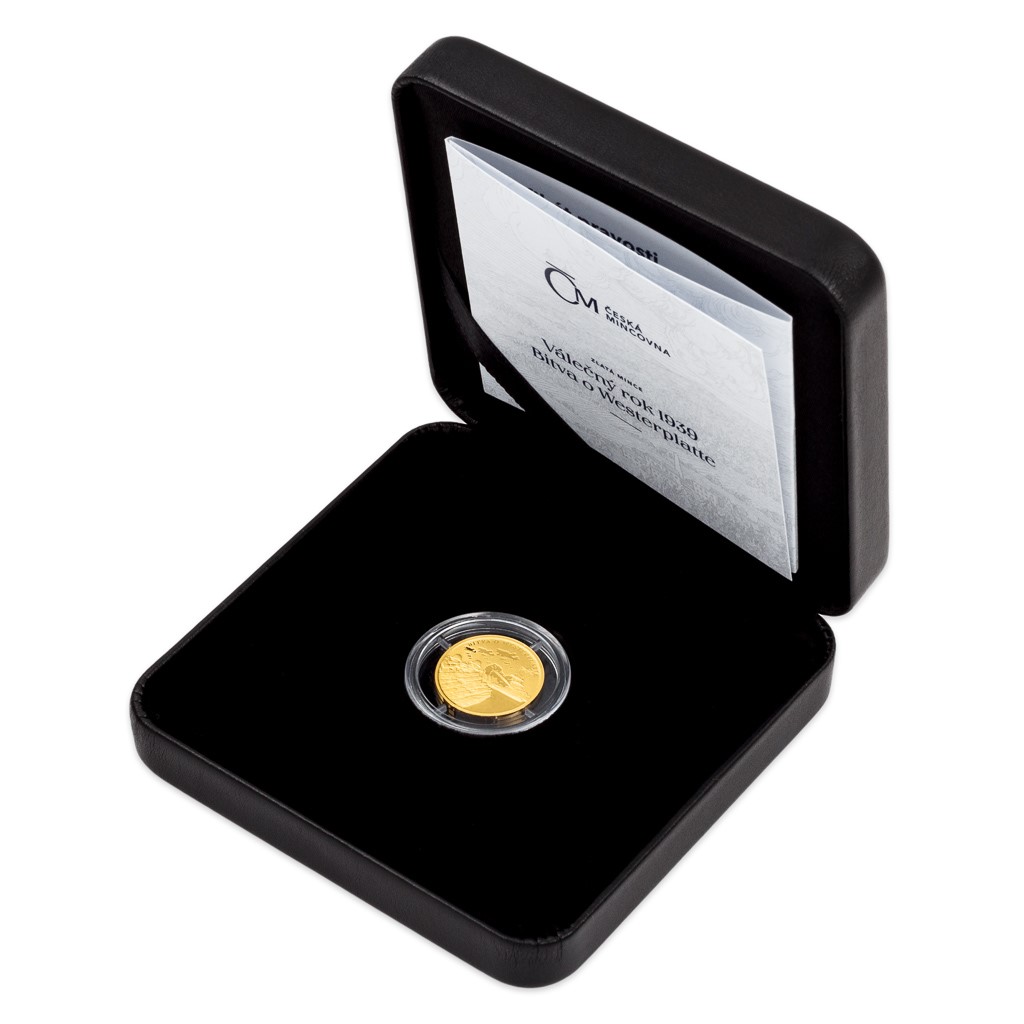 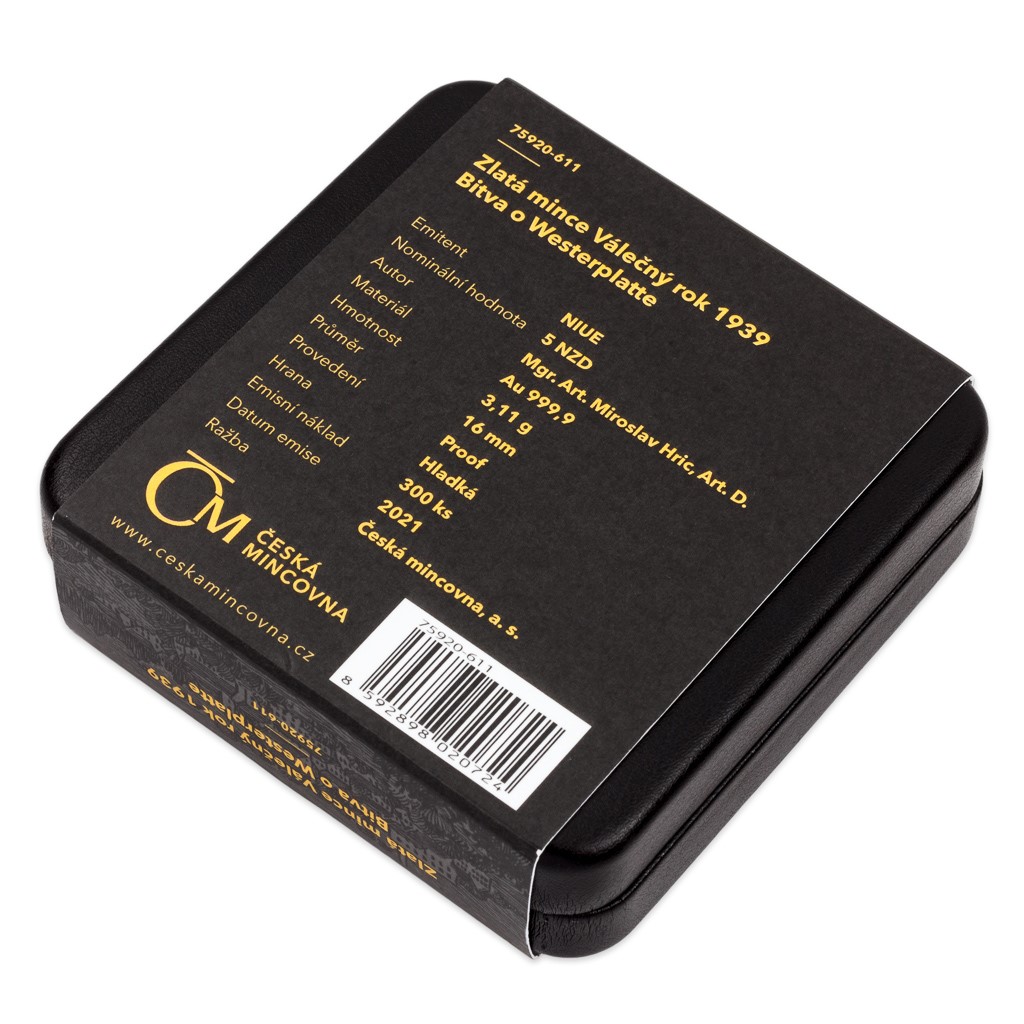 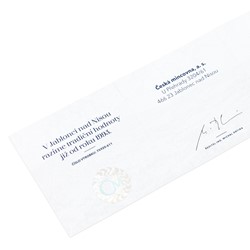 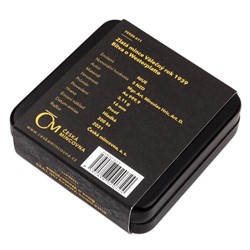