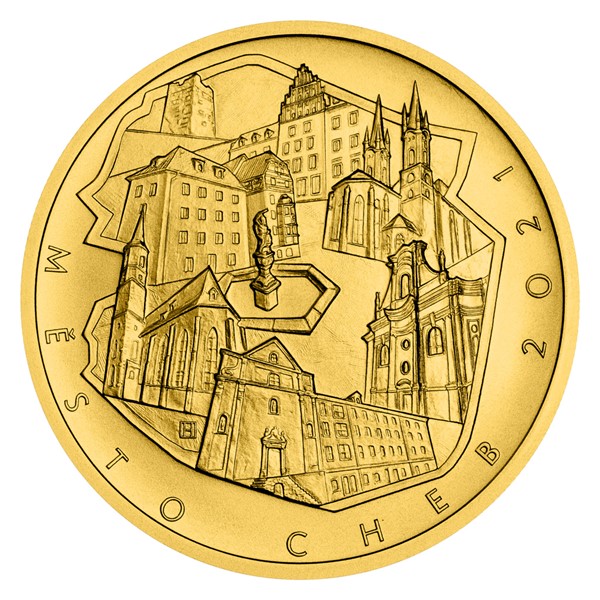 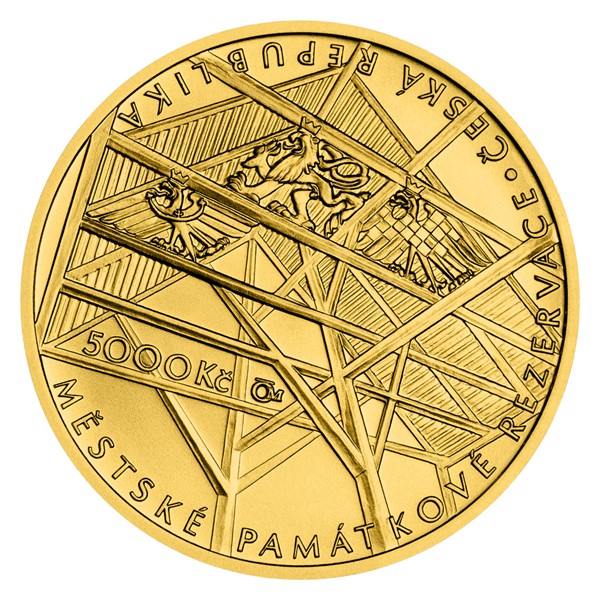 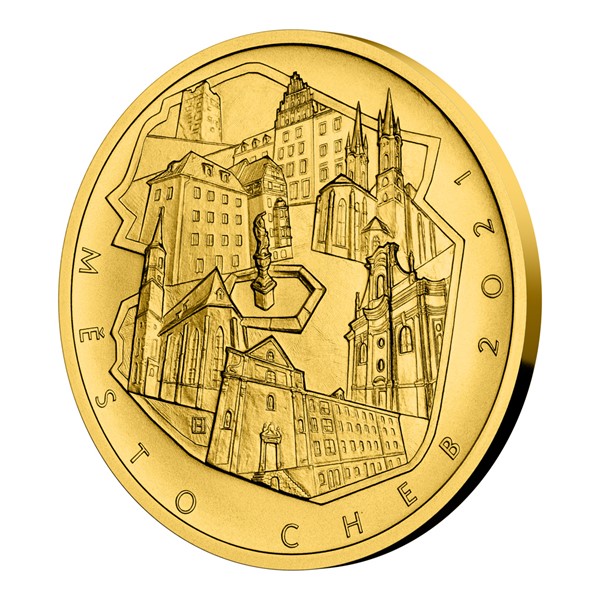 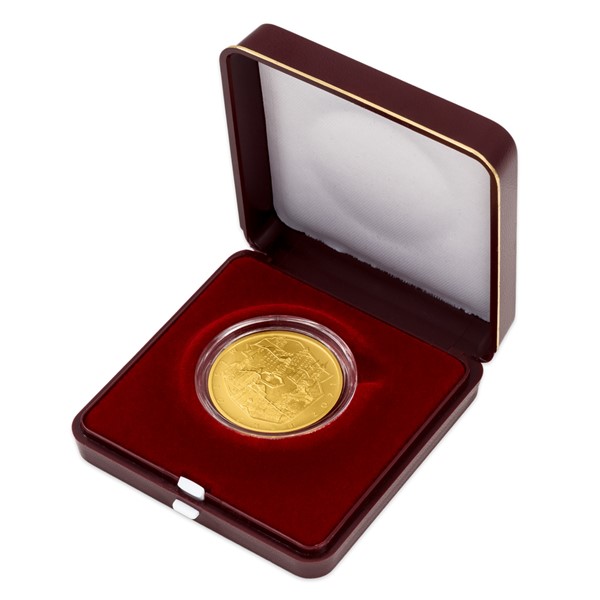 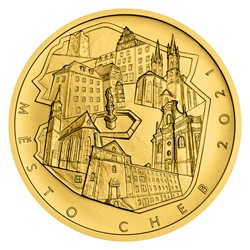 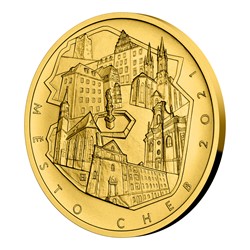 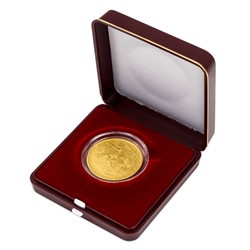 The new five-year cycle of the Czech National Bank, which is opened in 2021, commemorates the most important urban conservation areas in the Czech Republic. The first gold coin with a nominal value of 5,000 CZK, which was minted in quality standard, is dedicated to Cheb.

The town of Cheb, built since the 11th century under a Romanesque castle on the river Ohře, is located in the westernmost tip of the Czech Republic. For centuries, it stood on the border of the intertwining influences of Bohemia and Germany, and thanks to the influence of two cultural currents, it developed into a unique formation with a number of distinctive features. Therefore, it is not surprising that its historic core was declared a city conservation area in 1981. The heart of the town is King George of Poděbrady Square, where we find the so-called Špalíček, which is a set of eleven half-timbered merchant houses from the 14th century, the Baroque town hall and Pachelbel's house, where Albrecht of Wallenstein was murdered. Other dominants of Cheb are the already mentioned castle, which is the only representative of the imperial Palatinate in our territory, the Church of St. Nicholas or the Franciscan monastery.

The author of the coin is the medal maker Jiří Hanuš, DiS., who won the art competition of the Czech National Bank. The expert committee especially appreciated the detailed design of the wooden structure on the obverse side of the coin. The trussing, which is a typical feature of historic Cheb houses, incorporates heraldic animals from the Czech Republic. The reverse side is dominated by a collage composed of the most important architectural monuments of Cheb, which are depicted on the floor plan of the city conservation area.

The following cities will also be presented in the ten-part cycle of gold coins: Jihlava, Mikulov, Litoměřice, Kroměříž, Hradec Králové, Olomouc, Moravská Třebová, Štramberk and Tábor. In the offer of the Czech Mint you will also find a wooden collector's box, in which you can store a complete collection. 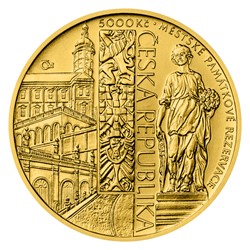 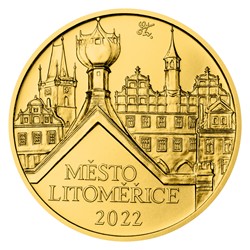 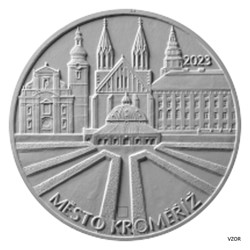 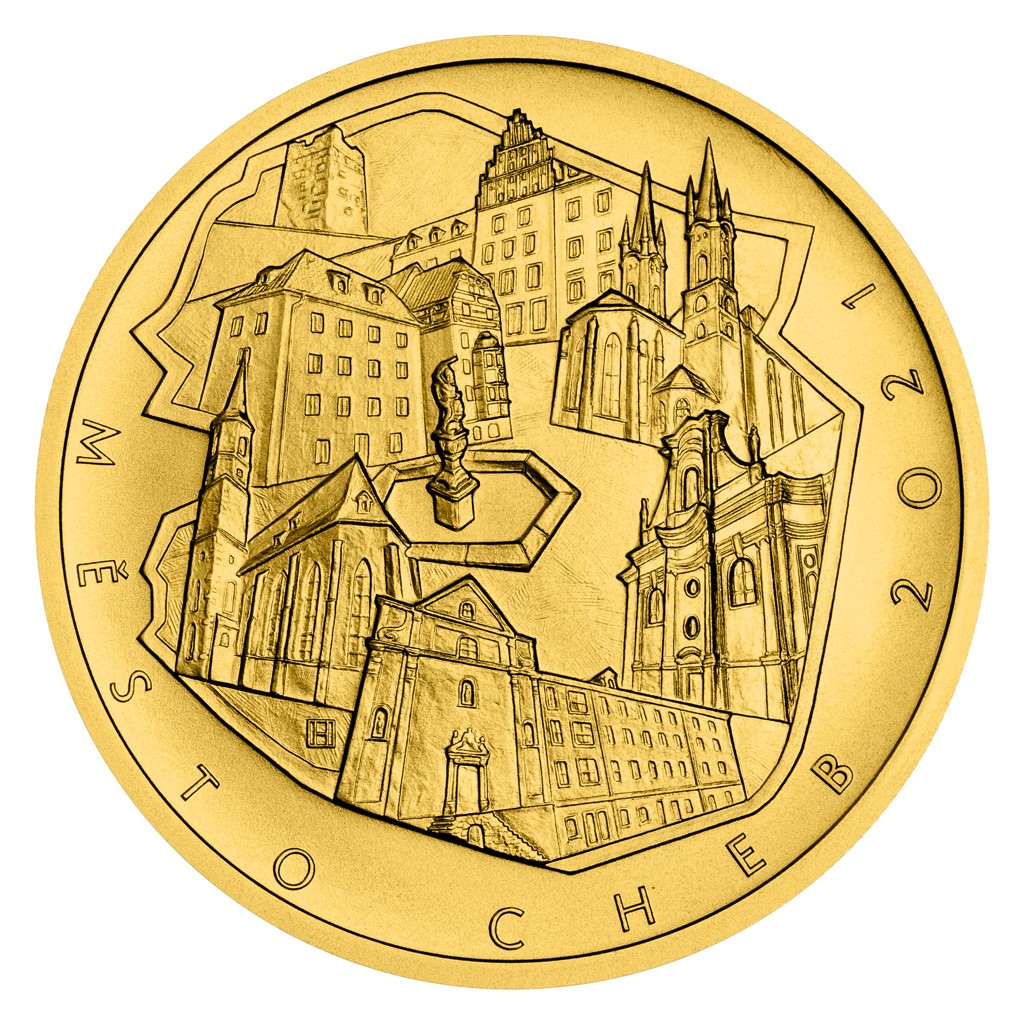 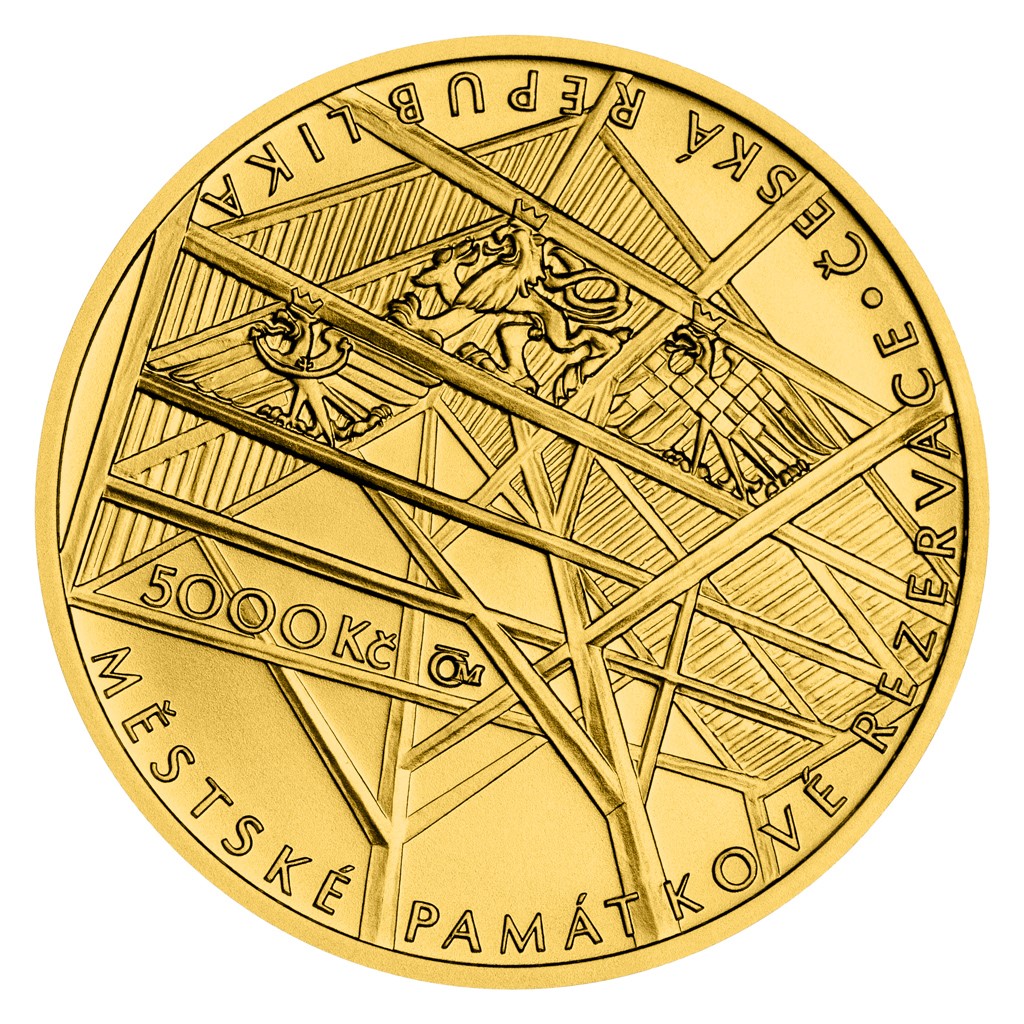 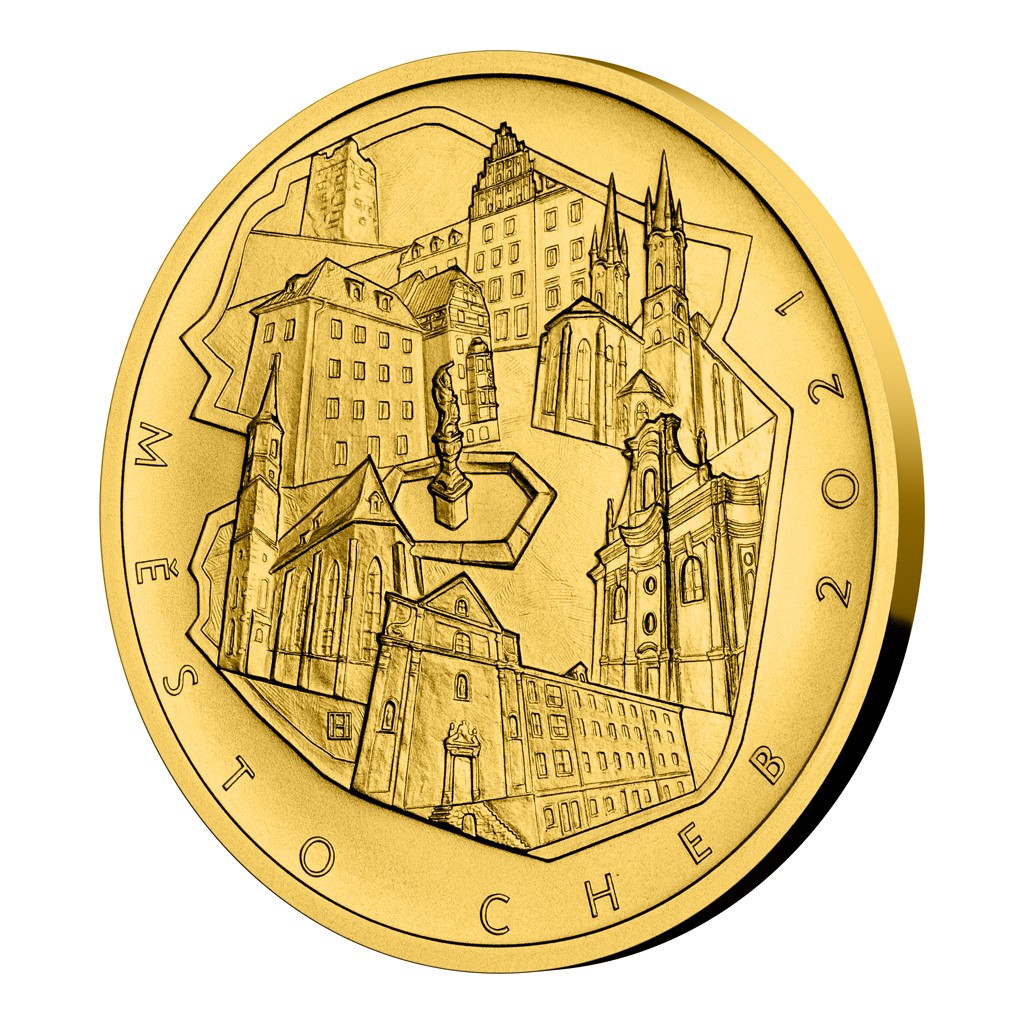 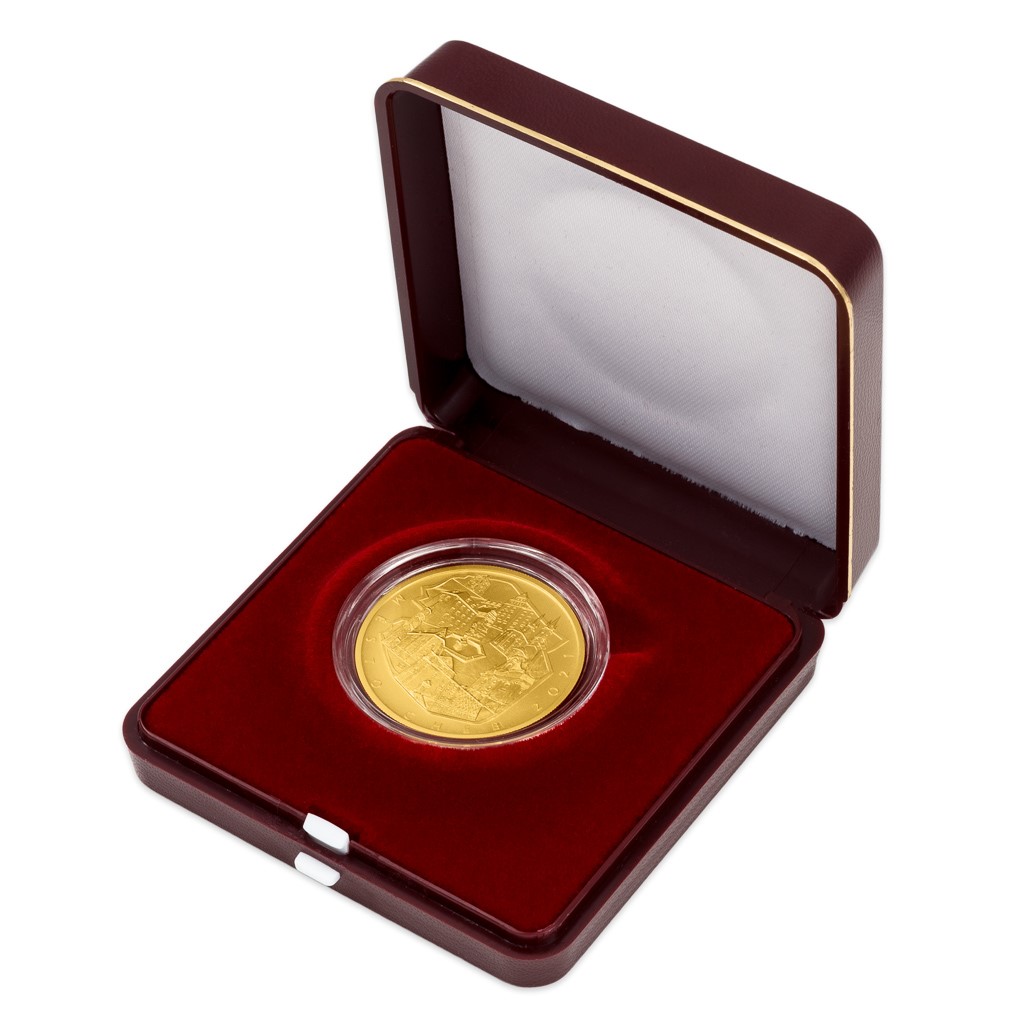