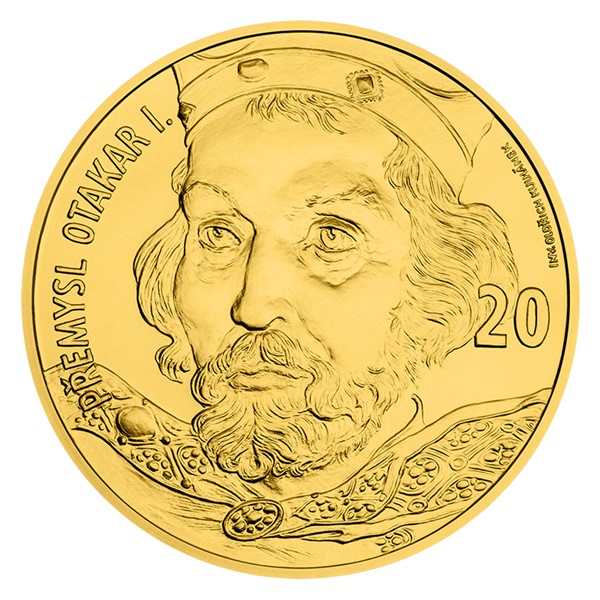 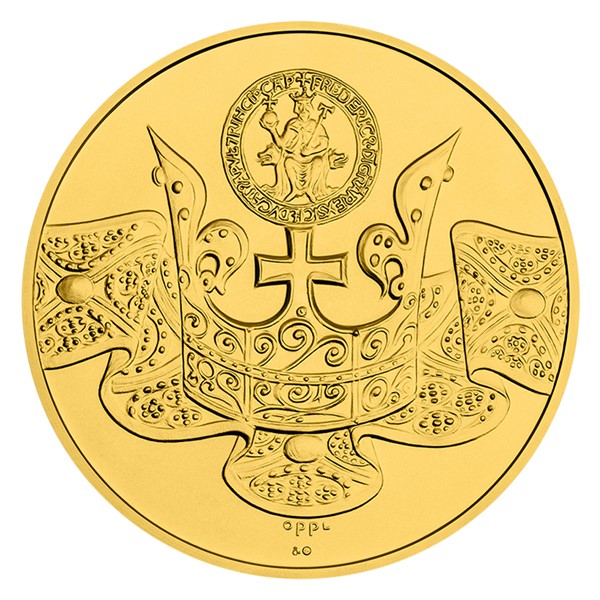 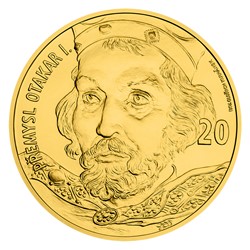 This medal weighing 40 ducats is minted from pure gold and bears a portrait of King Ottokar I. Does it seem familiar? You know him from the now invalid twenty crown banknote designed by Oldrich Kulhánek.

The gold medal combines tribute to the legacy of two Czechs, who enlisted in the history of Czech statehood - a great artist and a legendary king. Oldřich Kulhánek has created a series of eight banknotes for the Czech Republic, where he fully made use of all of his masterful skills. He has dedicated the means of payment to important personalities from many areas of our colorful history, including several statesmen, among them king Ottokar I. He has made the Czech country a respected state, which could confidently compete with contemporary European powers, and the acquisition of the  Golden Bull of Sicily secured a breakthrough hereditary claim to the title King of Bohemia for his descendants.

Two artists collaborated in converting the banknote into a form of medal. MgA. Klára Melichová, the daughter of Oldřich Kulhánek, following in the footsteps of her father, her occupation is a graphic designer  -  she has redesigned the graphics of the paper currency into a circular composition. The sculptural draft of the mintage has then prepared an academic sculptor Vladimír Oppl. He is also the author of 20 CZK circulation coin, which by 2008 had completely replaced the banknote of the same nominal value. The obverse side of the medal bears the charismatic portrait of a crowned monarch, the text PŘEMYSL OTAKAR I. and the numeral 20. The reverse is dedicated to the royal crown, the decorative ribbon with gothic motifs and the seal of the Golden Bull of Sicily.

Light of the world will see only 100 pieces of the medal with Ottokar I. - they will become the pride of every numismatic collection and investment portfolio! 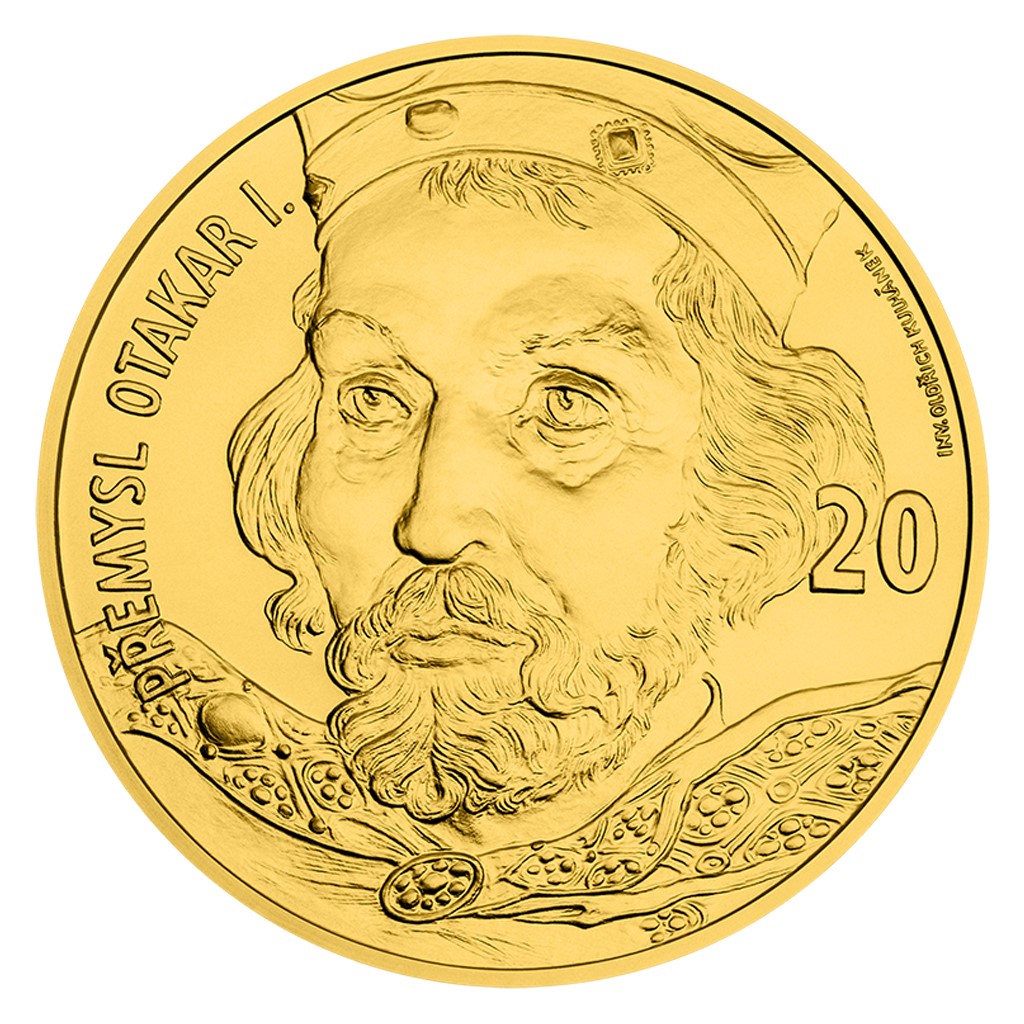 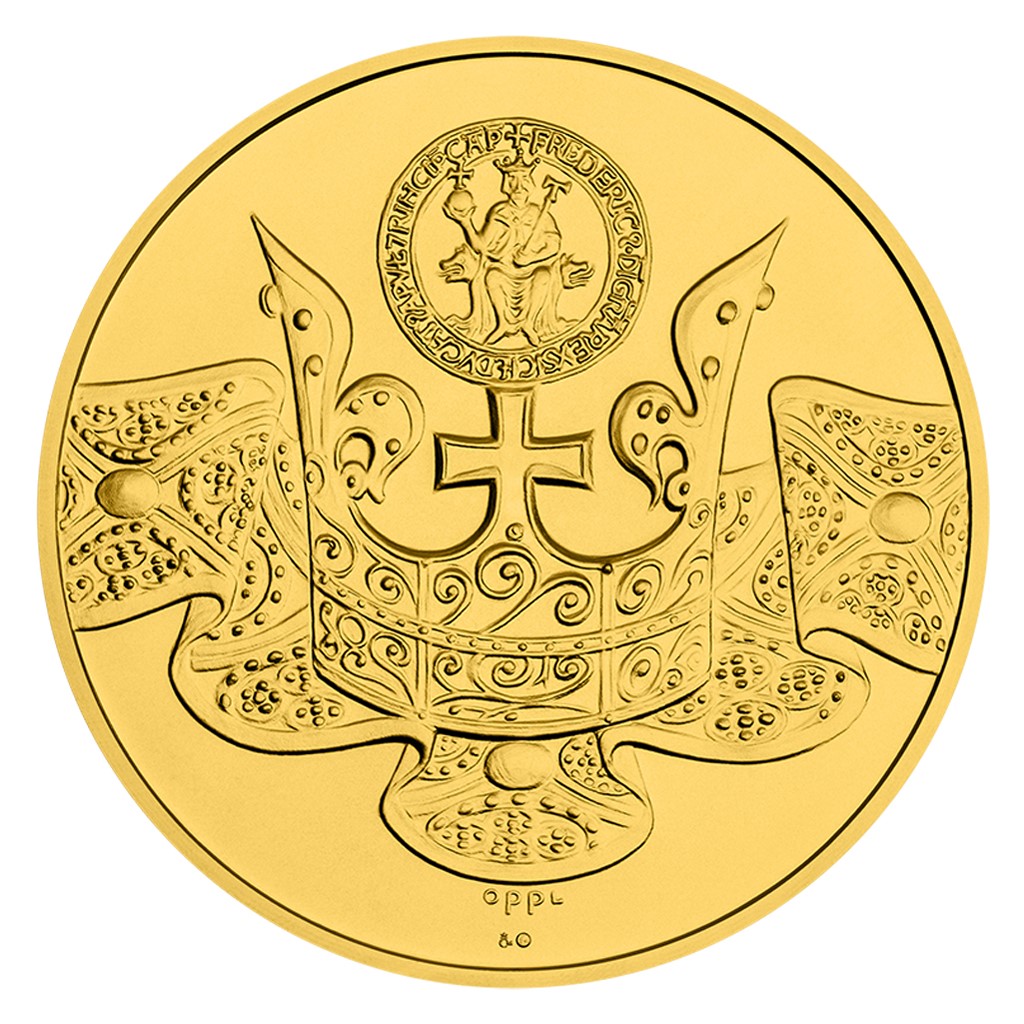