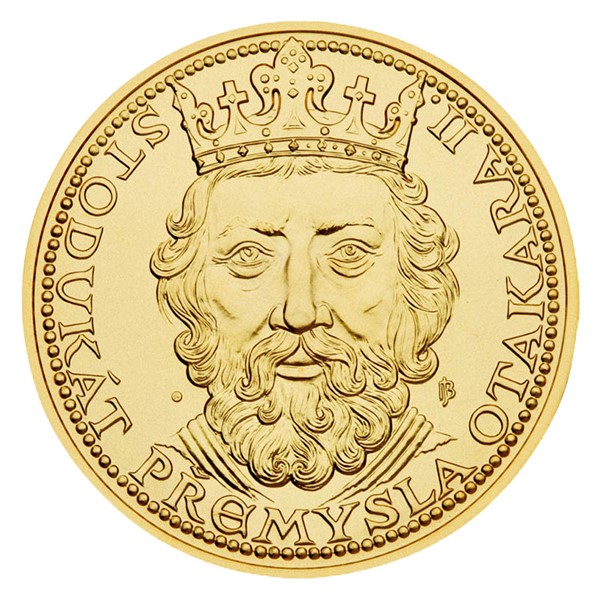 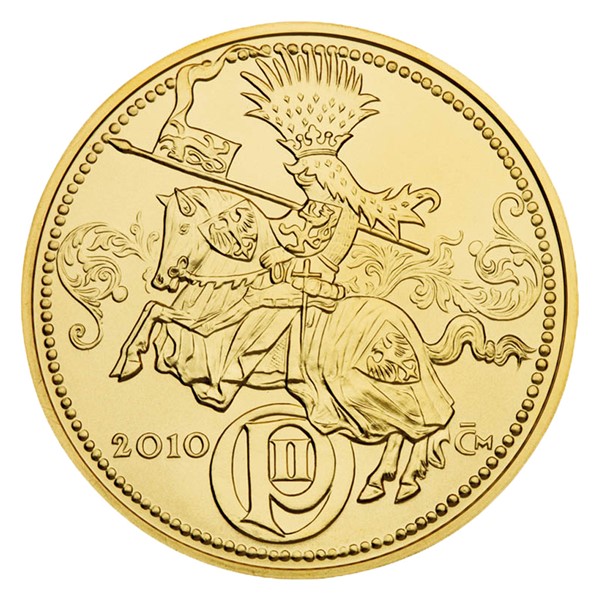 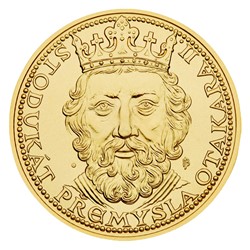 Ottokar II (in Czech: Přemysl Otakar II.), called The Iron and Golden King (b. around 1233 – d. 26 August 1278 at Dürnkrut), was the fifth Czech king of the Přemyslid dynasty (crowned in 1261), and second born son of king Wenceslas I and Kunigunde of Hohenstaufen. By the legend – as told by J. F. Beckovský  in the book Harbinger of Old Czech Narratives – Ottokar II was born in Městec Králové.

He built a large kingdom which extended up behind Alps and up to the Adriatic sea. Under his rule, the Czech kingdom rapidly grew and its size was exceeded only in the period of Charles IV. Thanks to his diplomatic skills as well as wedding policy Ottokar II acquired – in addition to the Czech crown – also the title Duke of Austria, Styria, Carinthia and Carniola. This helped him attain a very prominent position, so significant that he hoped to win also the Roman-German crown -- but his election bid was unsuccessful. A sharp fall followed after his sky-rocketing rise.

The obverse side of the medal features the effigy of the king and the words “Stodukát Přemysla Otakara II“ in the circumscription.

The reverse side shows Ottokar II in his armour as he is depicted in an illustration in a medieval manuscript. It is complemented by a detail of ornament from the same illumination and initial letters of Přemysl Otakar II below.

Limited edition of 200 pieces, numbered at the edge. 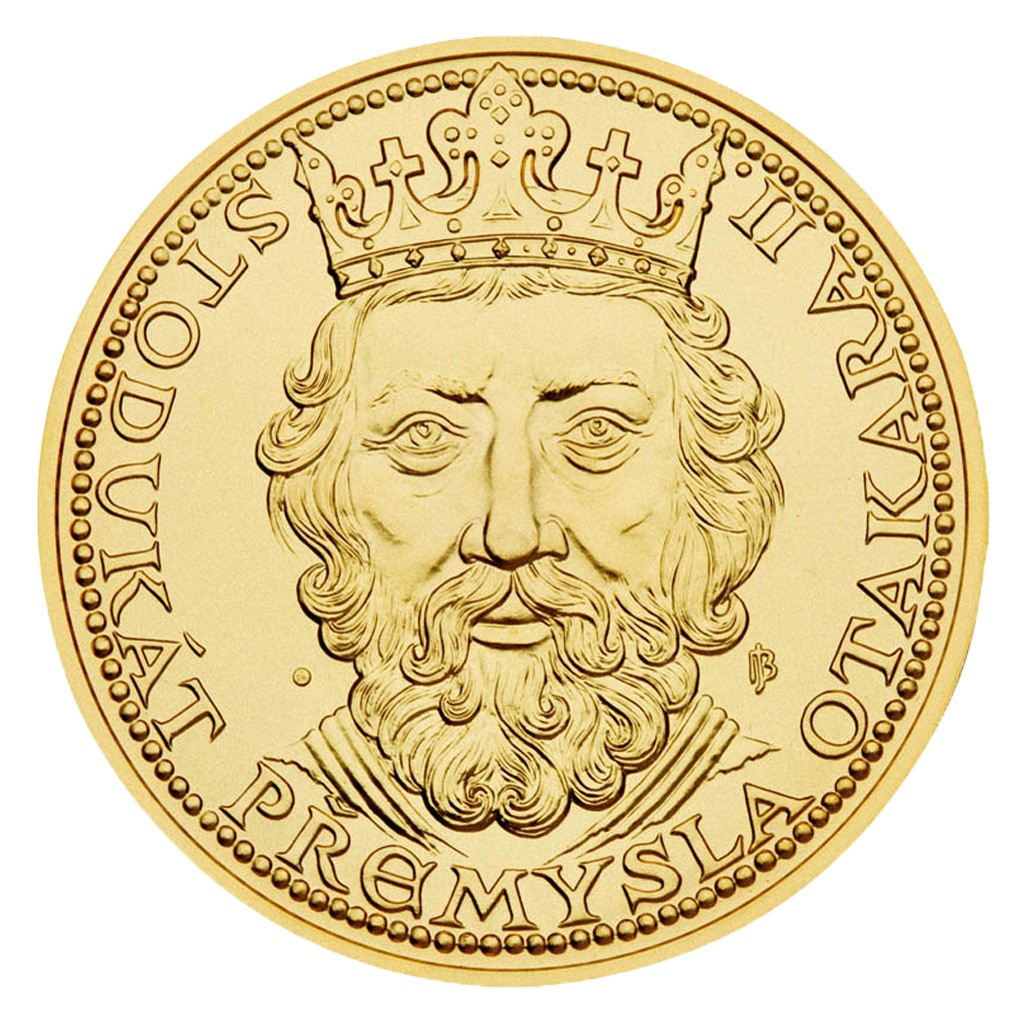 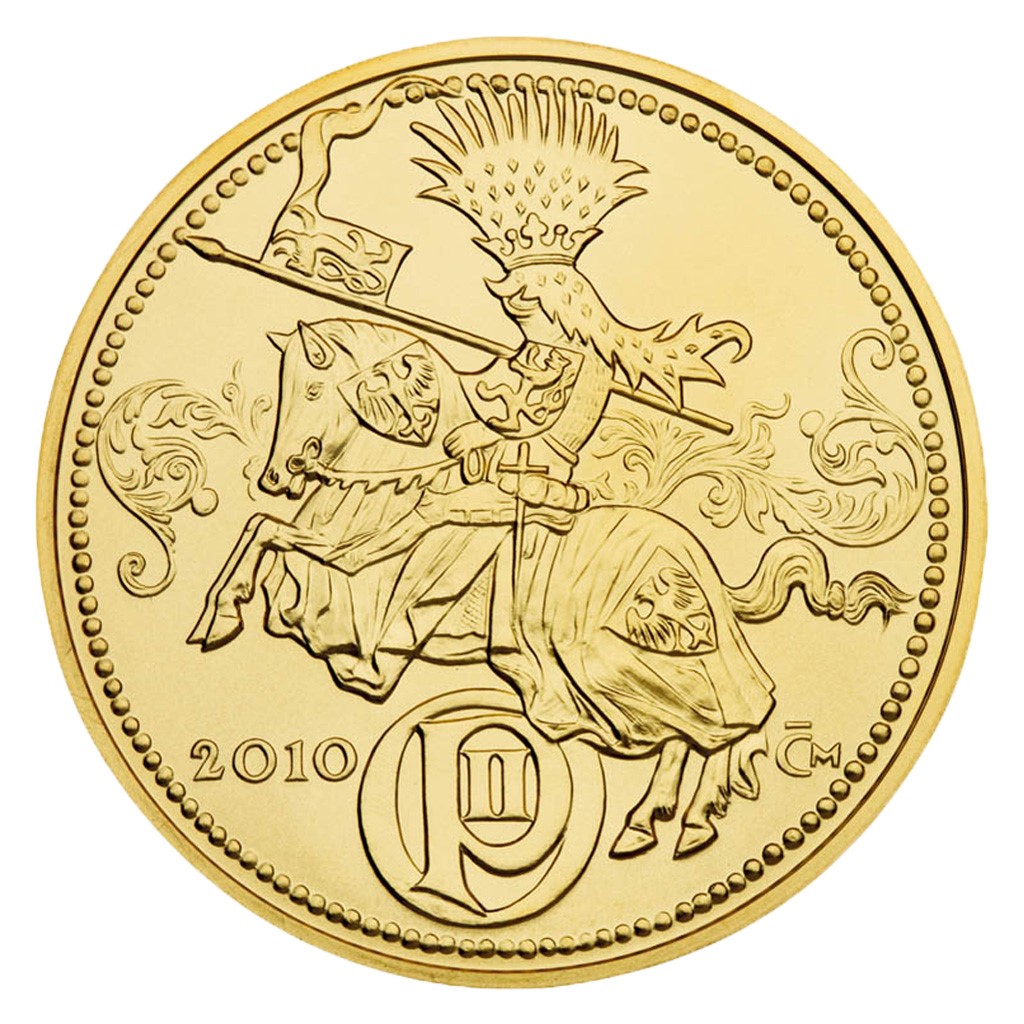